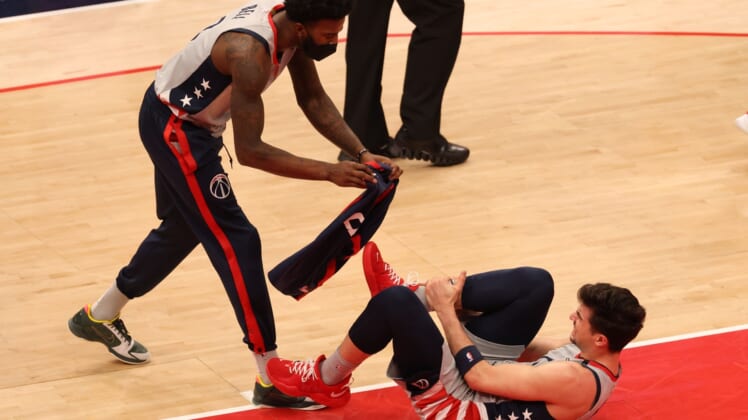 Washington Wizards rookie Deni Avdija sustained a right ankle injury Wednesday night against the visiting Golden State Warriors and had to be escorted off in a wheelchair late in the second quarter.

According to NBC Sports Washington, Wizards general manager Tommy Sheppard walked quickly to the locker room to check on him. The team subsequently announced that Avdija would not return to the game.

Avdija had six points in 14 minutes before exiting the contest.

Avdija, 20, was the Wizards’ first-round pick, ninth overall, the 2020 NBA Draft. He previously played for Maccabi Tel Aviv in his native Israel.