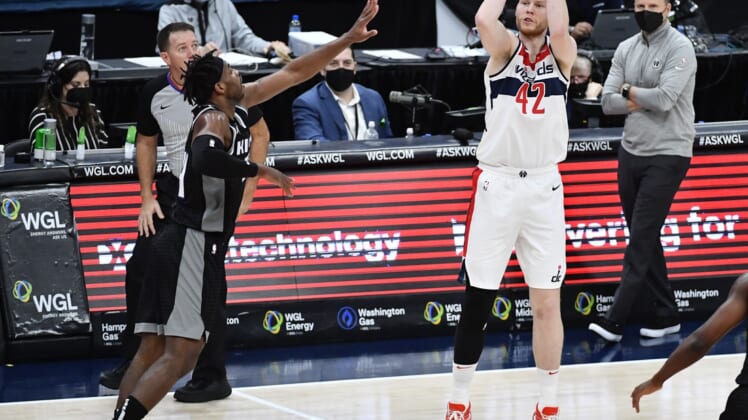 Washington Wizards forward Davis Bertans is expected to miss two weeks because of a calf injury, the team announced Friday.

Bertans, 28, is averaging 10.8 points and 2.9 rebounds in 35 games (three starts) this season. He is in his second season with the Wizards after spending his first three seasons with the San Antonio Spurs.

The Latvia native sustained the injury on Thursday against the Utah Jazz, and an MRI on Friday confirmed a muscle strain.

Before the start of the season, the Wizards signed Bertans to a five-year, $80 million contract extension.