Without Harden, Rockets still get best of Kings

John Wall had game highs of 28 points, six assists and three steals as the host Houston Rockets capped a back-to-back sweep of the Sacramento Kings with a 102-94 victory on Saturday.

Rockets guard James Harden, who poured in 33 points with eight assists in a 122-119 victory over the Kings on New Year’s Eve, was a late scratch with a right ankle sprain. Houston found sufficient scoring elsewhere, with Eric Gordon replacing Harden and recording 21 points.

Christian Wood notched his third double-double for the Rockets with 20 points and 15 rebounds despite dealing with foul trouble in the second half. Sterling Brown had 11 points off the bench.

Houston led 83-81 entering the fourth quarter and quickly established its first double-digit lead of the contest via back-to-back 3-pointers from David Nwaba and Gordon, plus three Gordon free throws that stretched the advantage to 92-81 with 9:30 remaining.

De’Aaron Fox led the Kings with 23 points, while Buddy Hield chipped in 17 points and five 3-pointers. All five Kings starters scored in double figures, but after a scorching start, Sacramento finished just 35 of 90 (38.9 percent) from the floor.

Reminiscent of the Thursday meeting, the Kings and Rockets logged a tightly contested first half that featured 18 lead changes. Wall and Wood combined for the first 19 points for Houston before P.J. Tucker converted at the 4:34 mark of the first quarter. But Hield started 3 of 4 from behind the arc, and his 3-pointer with 3:34 left provided the Kings a 25-23 lead.

Fox and Hield combined for 19 points on 7-of-8 shooting in the first quarter while Sacramento shot 60.9%.

Houston turned a 36-36 tie entering the second quarter into a 48-41 lead but the Kings responded with a 21-9 run featuring seven points from Marvin Bagley III.

Harrison Barnes (19 points) gave the Kings a 62-57 lead with a 3 but Houston turned two second-chance baskets into a 64-64 tie at the break. The Rockets missed 10 of 12 from 3-point range in the second quarter. 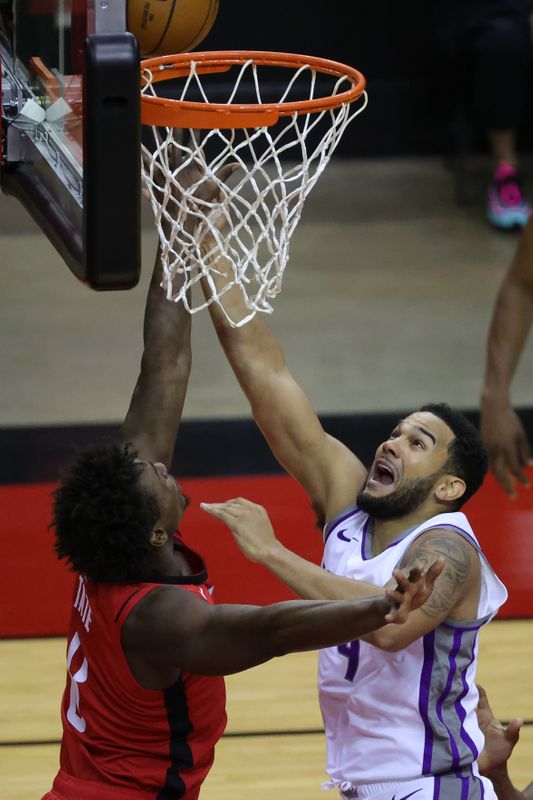 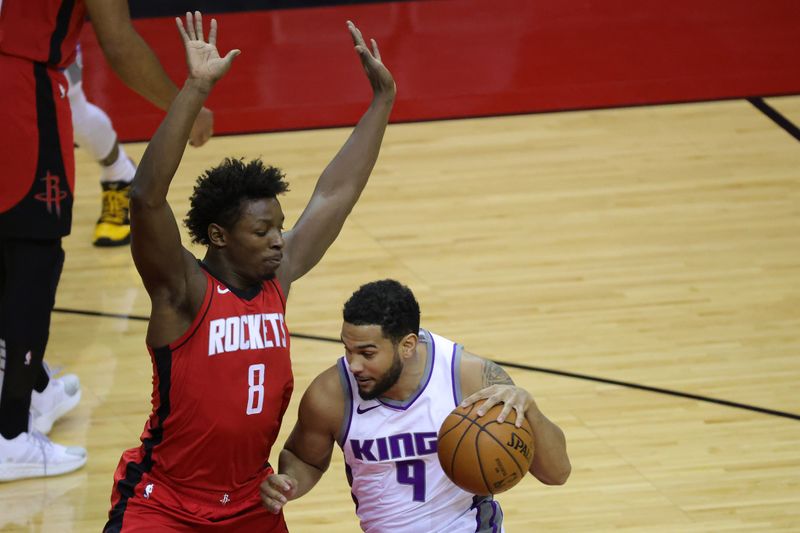 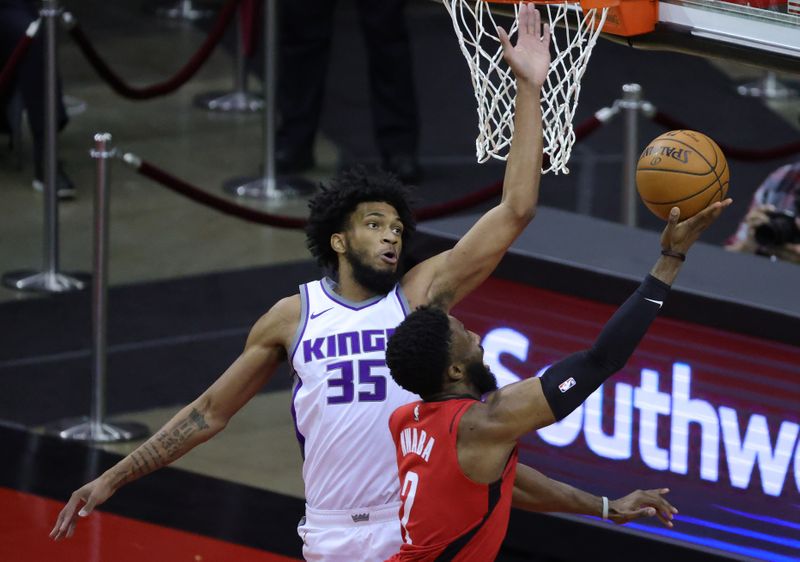 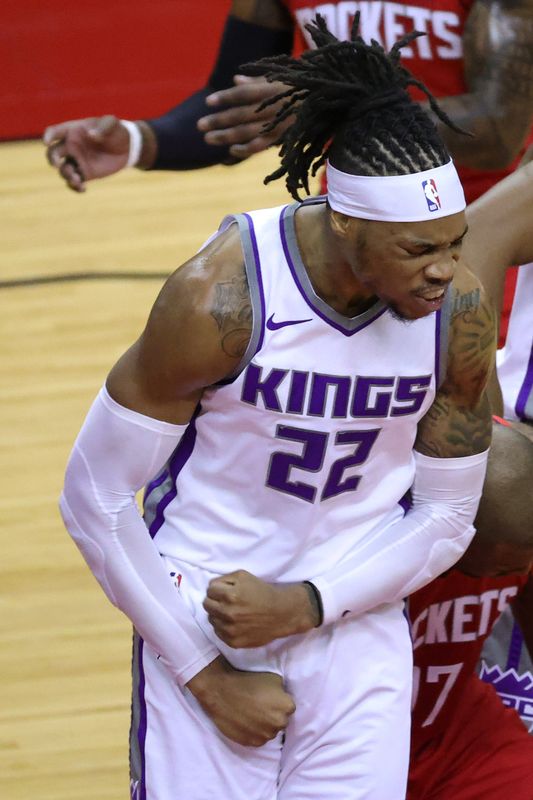 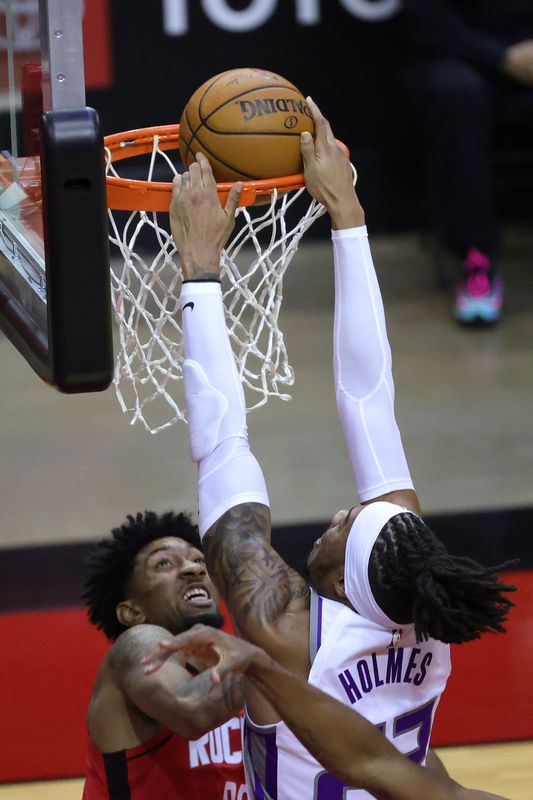 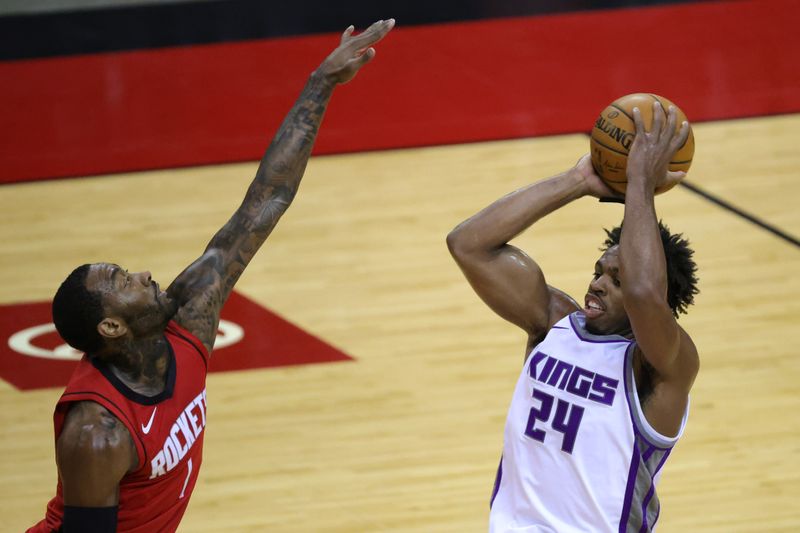 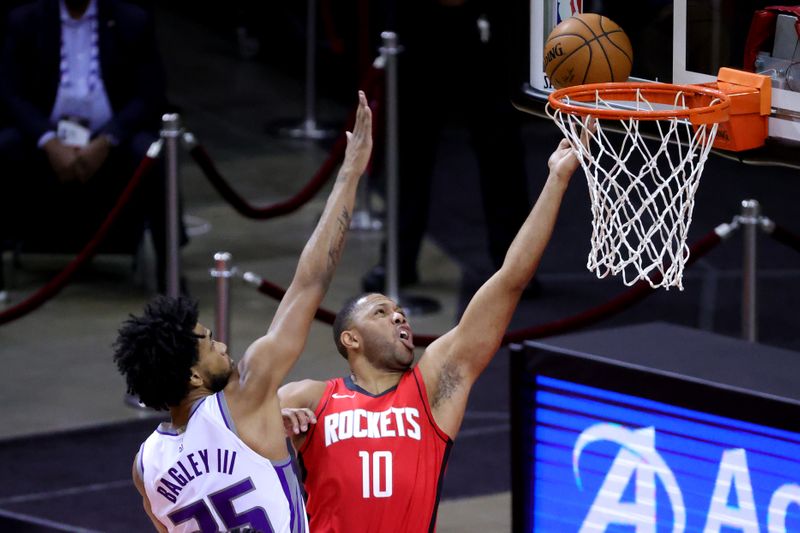 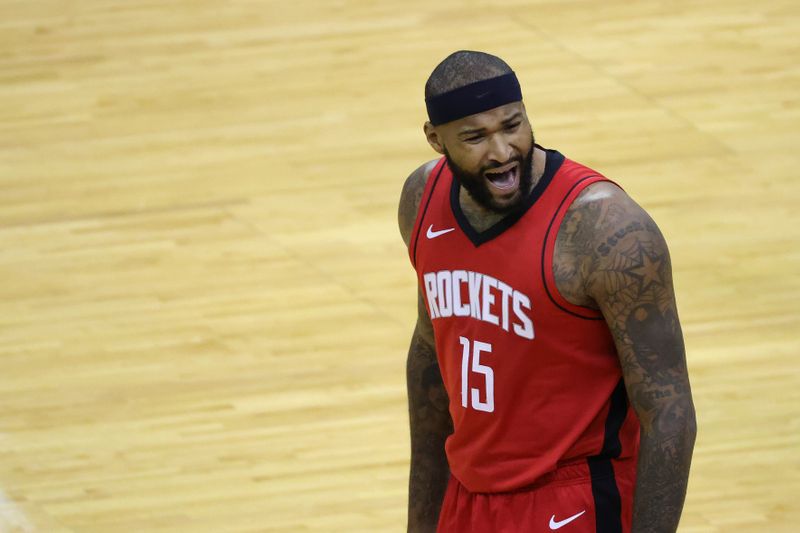 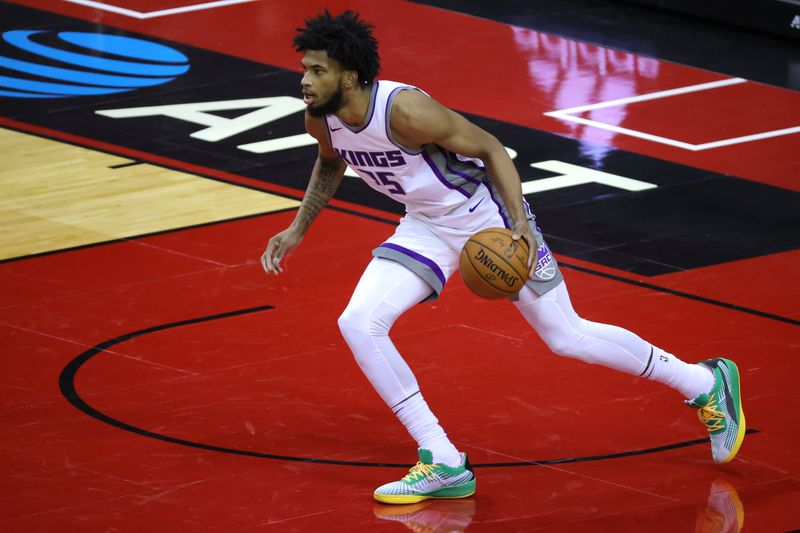 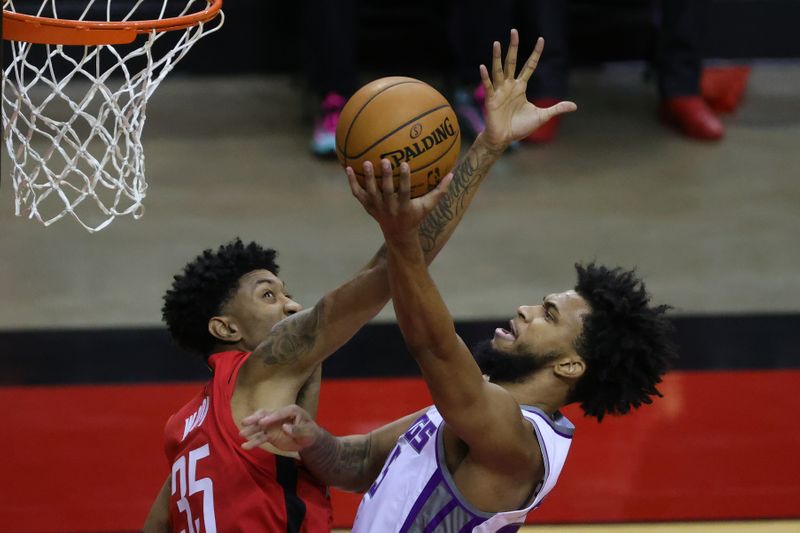 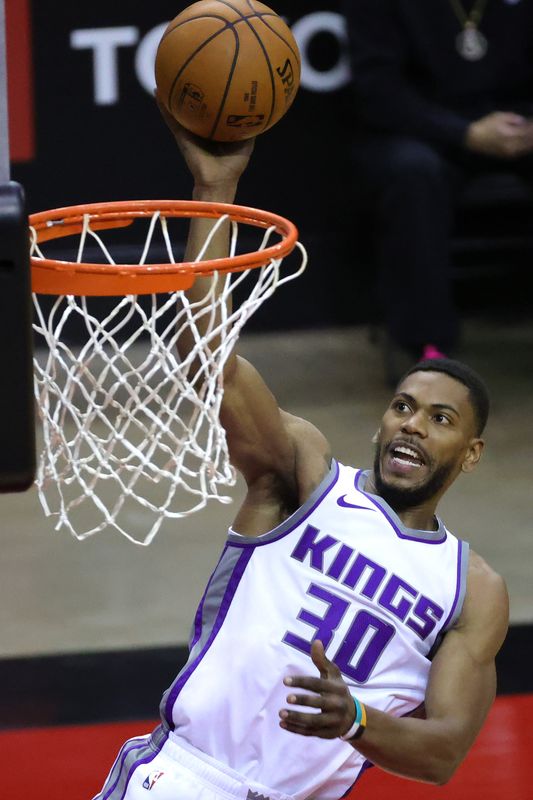 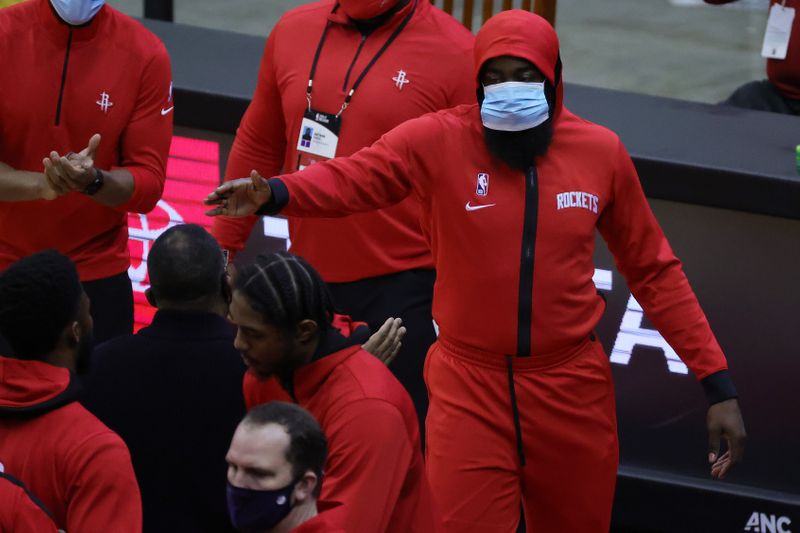 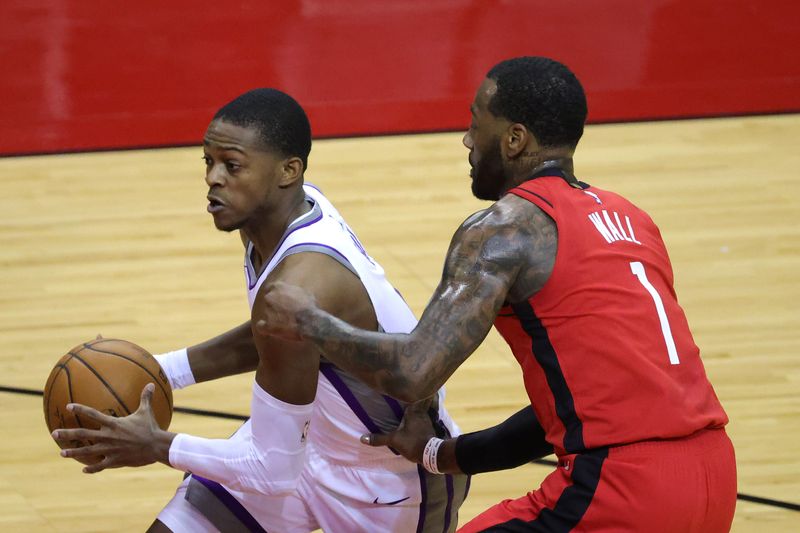 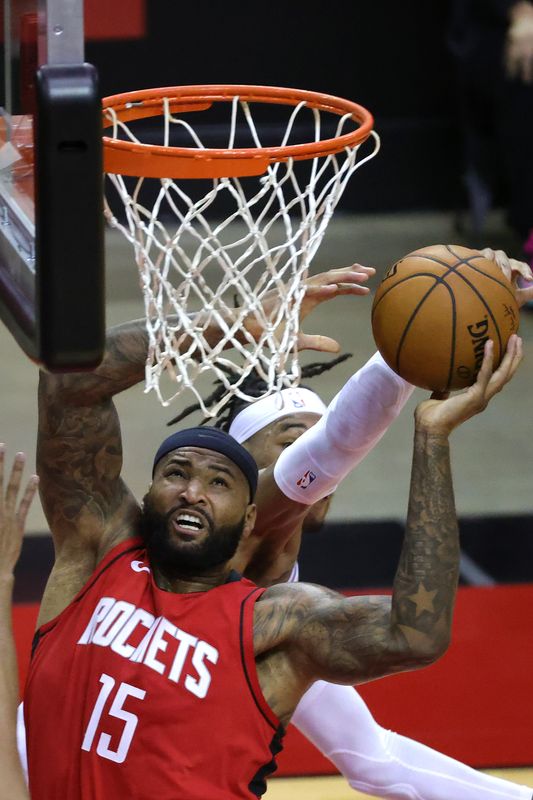 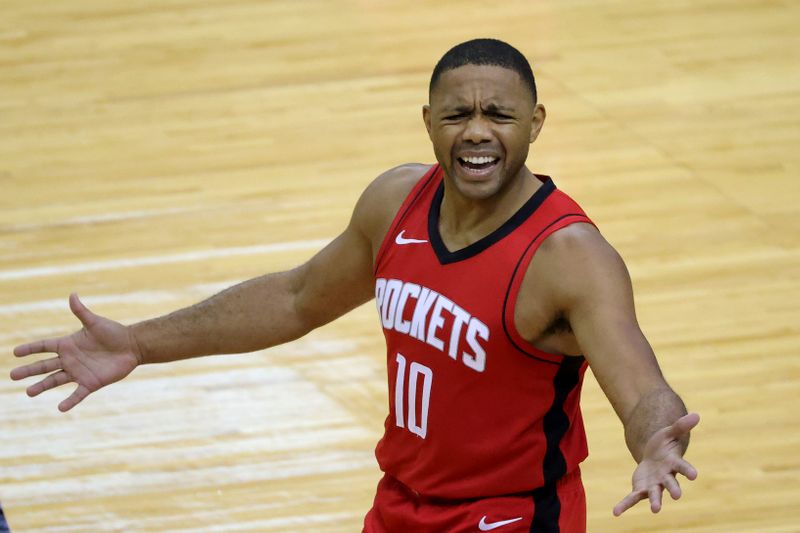 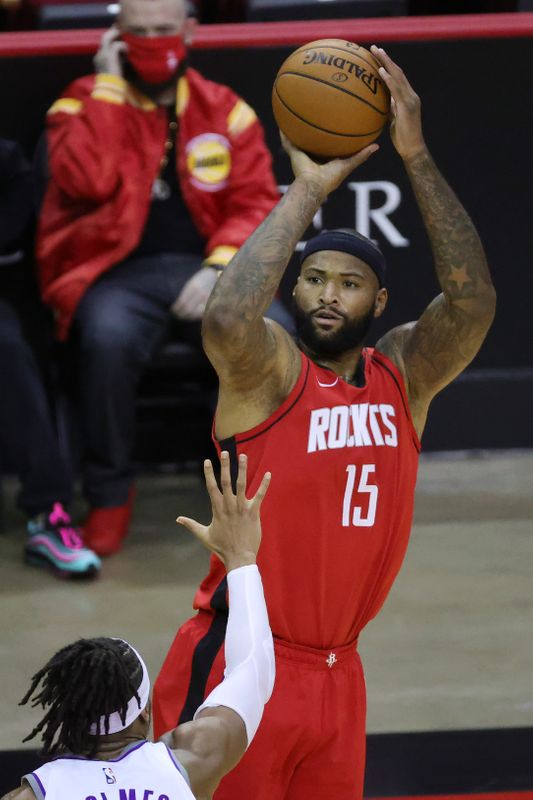 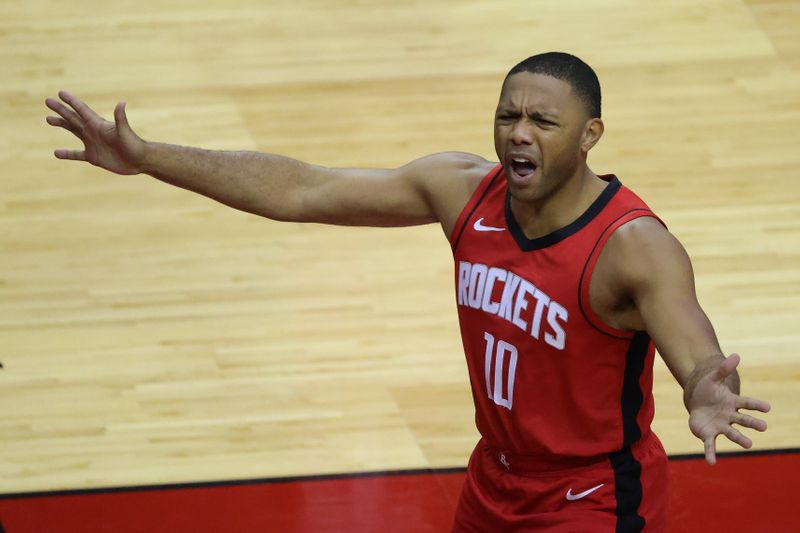 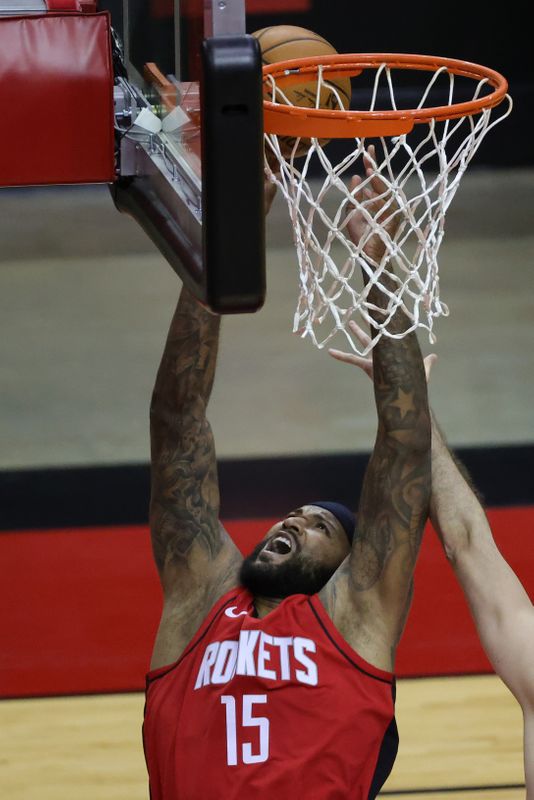 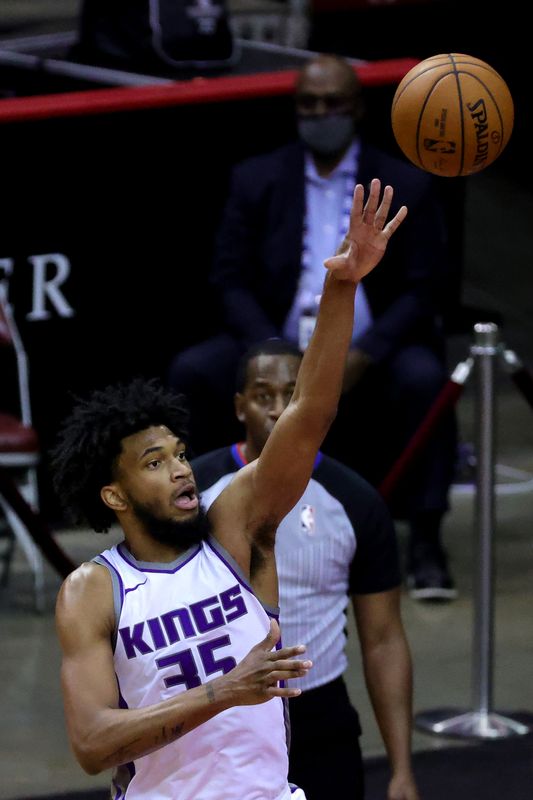 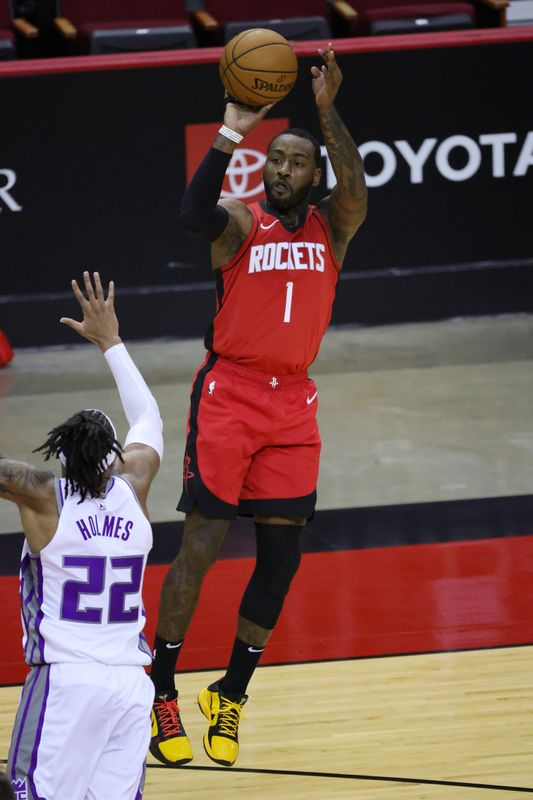 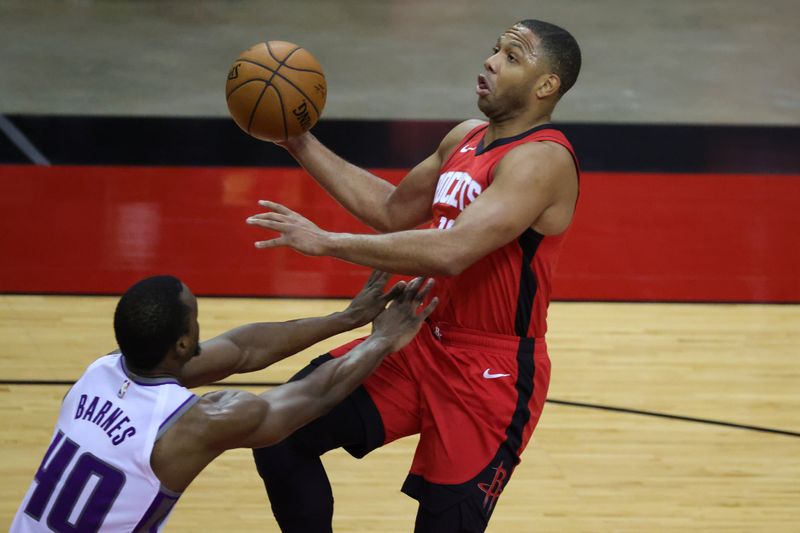 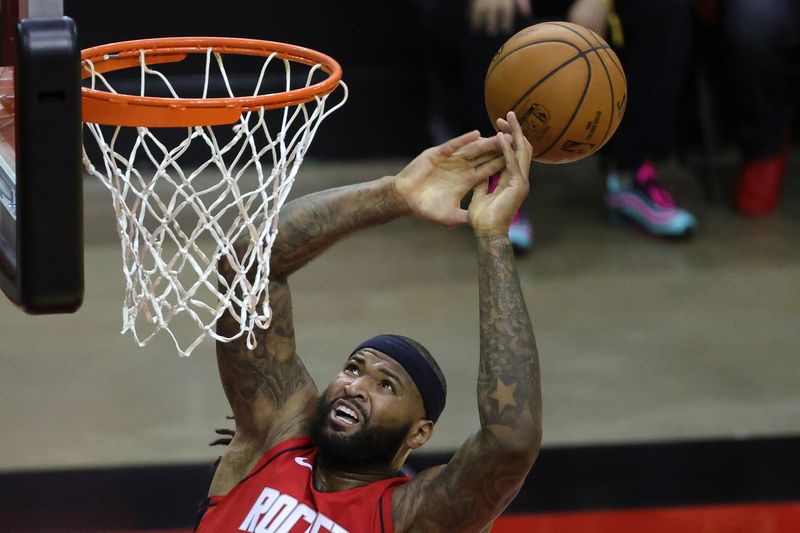 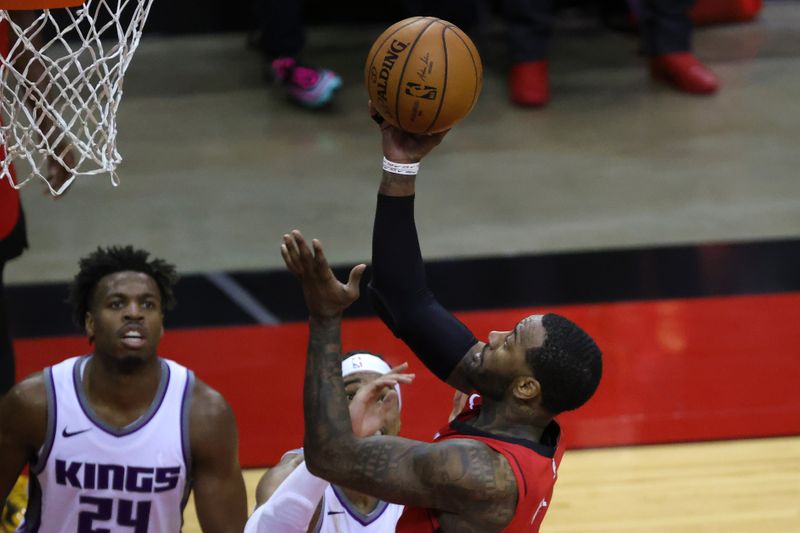 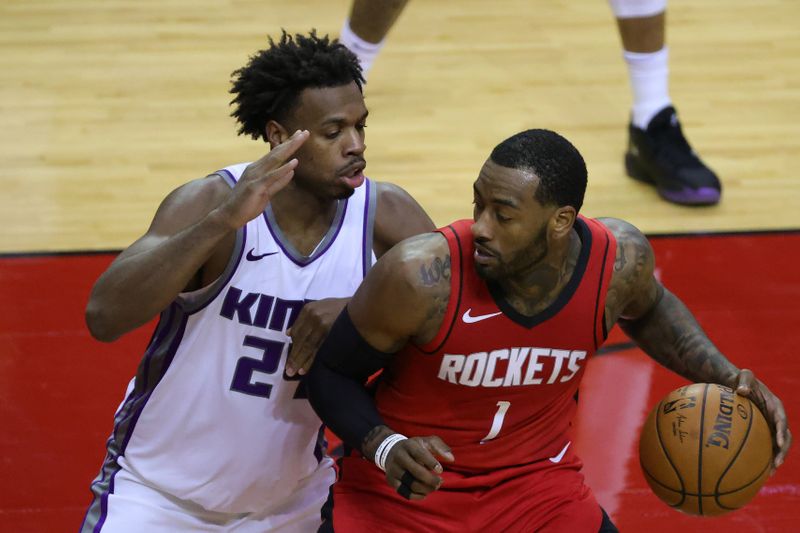 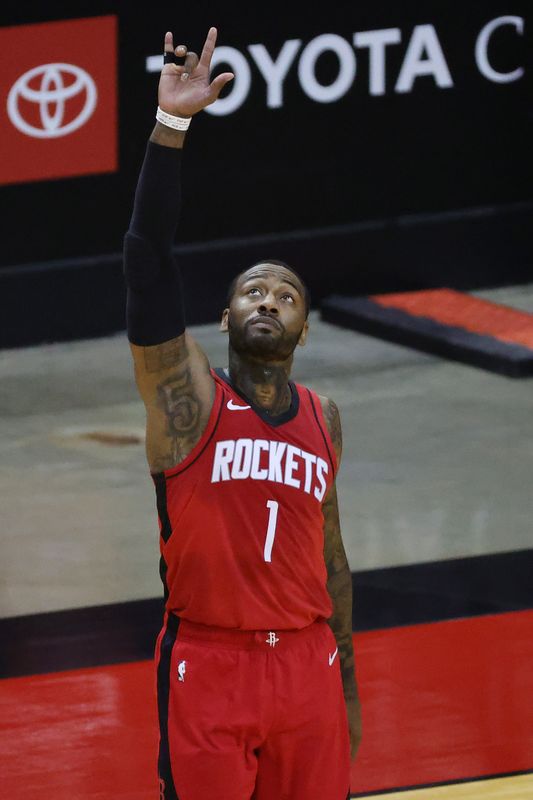 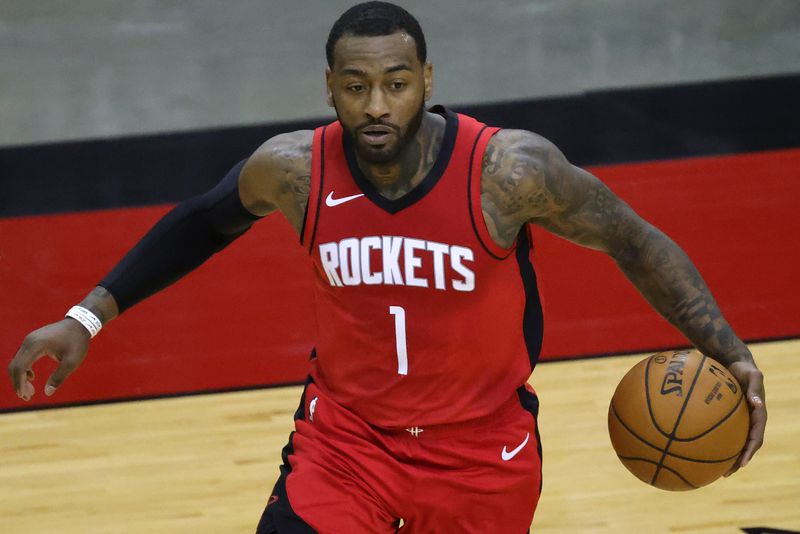 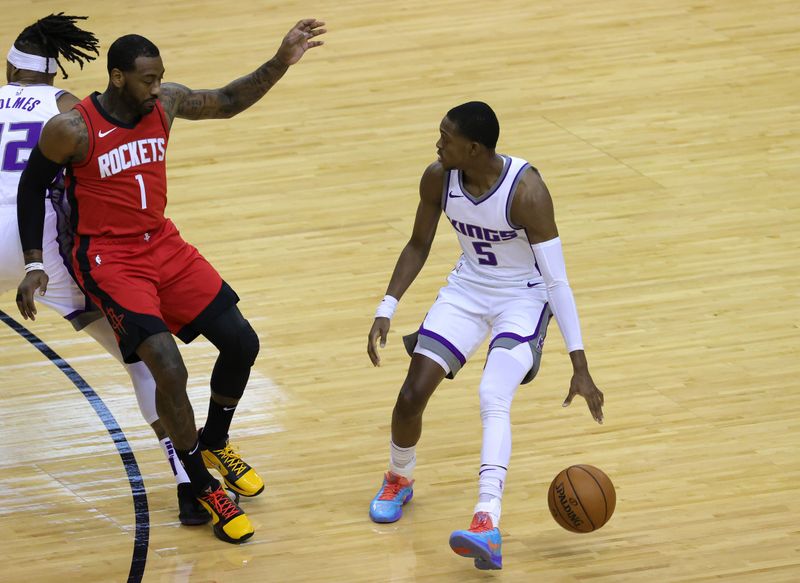