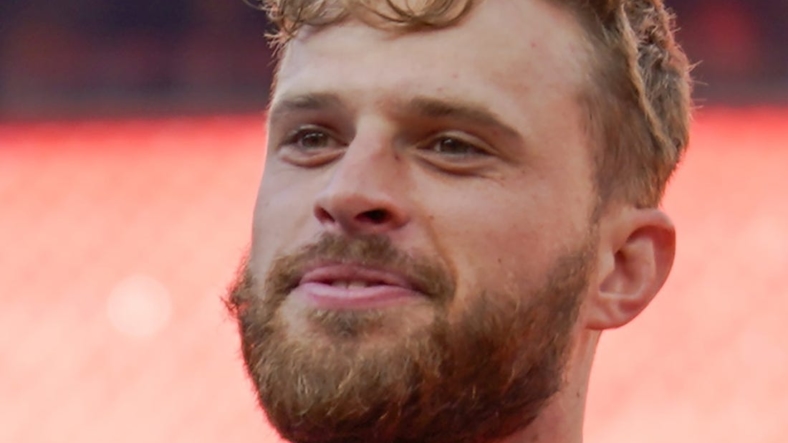 GLENDALE, Ariz. — Kansas City Chiefs kicker Harrison Butker is questionable to return after suffering an ankle injury on a kickoff against the Arizona Cardinals on Sunday.

Butker was injured after the first kickoff and was successful on the PAT after the second touchdown. He reached the end zone on both his kickoffs

When Kansas City later scored a touchdown to take a 20-7 lead, safety Justin Reid missed the extra point wide right. However, Reid did reach the end zone on the ensuing kickoff.

That third touchdown came on a 4-yard pass from quarterback Patrick Mahomes to running back Clyde Edwards-Helaire on fourth-and-2. The decision to go for the score rather than kick a field goal was potentially influenced by Butker not being available.