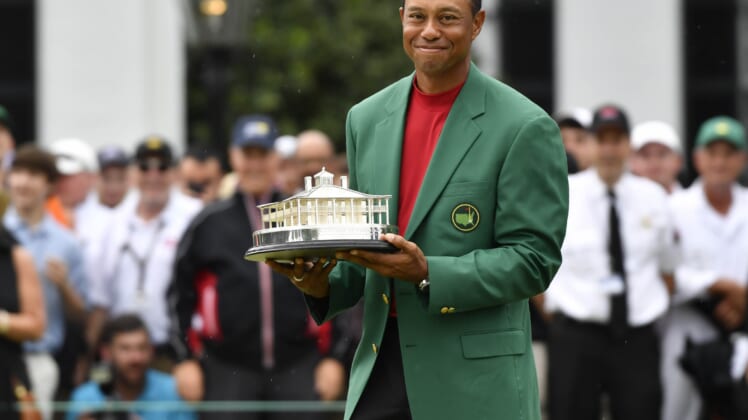 Tiger Woods broke out of an 11-year major championship slump Sunday, winning the 2019 Masters by one stroke to secure his 15th career major victory.

A bit of history: It’s pretty remarkable to think that Woods was stuck at No. 14 for more than a decade.

Heading into the 2019 Masters, many thought Woods, 43, would never emerge again as a tournament winner, let alone a major champ.

Four magnificent days of work changed that narrative in a big way.

While most golfers don’t win majors into their 40s, it’s not unprecedented. In fact, nine majors have been won by golfers older than Woods is right now.

The bottom line: In addition to the historical precedent, there’s the simple fact that Woods was magnificent this past weekend at Augusta. While not flawless, he showed a mastery of the game we have not seen from him in ages.

If Woods can get back to playing at this level on a more consistent basis, then it’s not only possible he will win four more majors to beat Jack Nicklaus’ record, it’s probable.