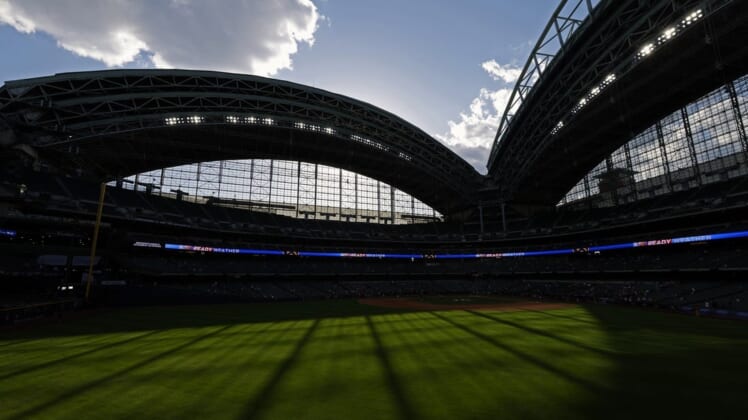 Wisconsin will host a men’s and women’s basketball doubleheader at the ballpark Nov. 11, the Brewers and Badgers announced Tuesday.

In the “Brew City Battle,” the Wisconsin women’s team will face Kansas State, followed by the men’s team entertaining Stanford.

The ballpark, which opened in 2001, features a retractable roof. A court and some temporary extra seating will be assembled across the infield for the event.

“Playing a game at American Family Field has been a vision for quite some time and I am so excited to see it become a reality,” Badgers men’s coach Greg Gard said in a statement. “We are always looking to play in exciting venues and competitions and the chance to be the first-ever basketball event at the Brewers’ stadium is going to be an unforgettable experience for both our athletes and fans.”

“This doubleheader with our men’s program is an incredible opportunity for not only our players, but also for our fans to experience Badger basketball in such a unique environment,” women’s coach Marisa Moseley said in a statement. “Being able to play on the home field of the reigning NL Central champions, and just down the road from the NBA Champions, sets the stage for a great event. This is an unbelievable platform for girls and women in sports as we celebrate the 50th anniversary of Title IX and we can’t wait to see you all there.”