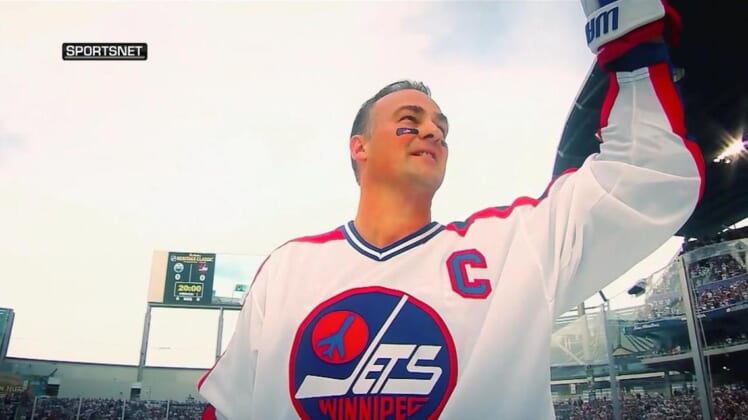 Winnipeg Jets legend, Dale Hawerchuk lost his battle with cancer at the far too young age of 57. Sadly, his son Eric reported the news to fans around the world. He was remembered today by some of the game’s great players and most influential people.

Dale Hawerchuk was inducted into the Hockey Hall of Fame back in 2001. His career was filled with impressive accomplishments and stats, but he was widely overshadowed by the likes of Wayne Gretzky and Mario Lemieux during his career.

So how good was Dale? In the 1984-85 season he scored 130 points, good for third in the NHL in scoring. Wayne Gretzky of course notched 208 points, and his linemate Jari Kurri finished with 135 as the primary beneficiary of The Great One’s 135 assists.

Dale was the rookie of the year in 1981, and won two Canada Cups. Unfortunately, he will go down with some of the greats to never have sipped champagne from Lord Stanley’s Cup.

I was blessed to watch Hawerchuk play during my most formidable years as a hockey fan. He was all class on and off the ice. A joy to watch. RIP Ducky.