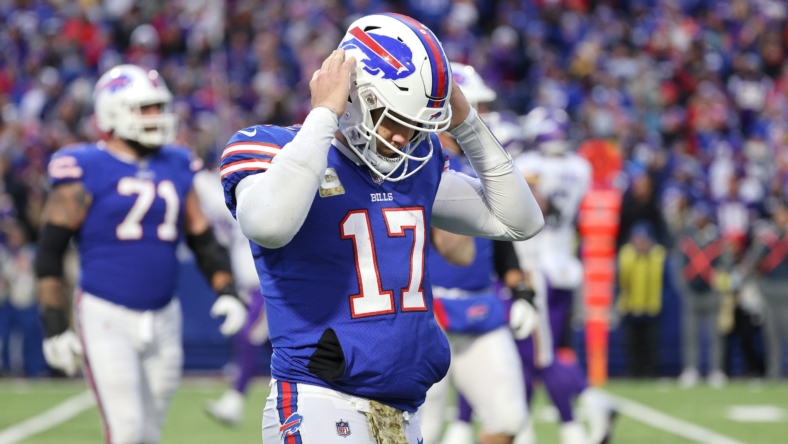 NFL Week 10 is in the books and Sunday’s action delivered stunning upsets, jaw-dropping performances and plenty of storylines that will carry over in the weeks ahead. On a wild Sunday, there are plenty of winners and losers from across the league.

It all started with the first NFL game in Germany with the Seattle Seahawks and Tampa Bay Buccaneers delighting football fans in Munich. While Tom Brady threw his first interception since the fourth quarter in Week 1, Tampa Bay returns from Germany with a win and important development for its offense.

The main slate of NFL Week 10 met expectations. A highly-anticipated battle between the Buffalo Bills vs Minnesota Vikings went down to the final minutes in overtime. The results from that thrilling game will have lasting influences on how both teams are viewed moving forward.

As for the remainder of the slate, a projected blowout for the Dallas Cowboys against the Green Bay Packers turned into an OT stunner. While most of the football world focused on that matchup, others watched a high school football coach best Josh McDaniels.

Let’s dive into the winners and losers from NFL Week 10.

The Tampa Bay Buccaneers entered NFL Week 11 with the second-worst rushing offense in football, averaging just 70.7 rushing yards per game. Things were even worse in the last seven games as Tampa Bay averaged just 46 rush ypg and 2.7 ypc. It turns out that Germany is the cure for a bad ground attack.

Rookie running back Rachaad White, the 91st pick in the 2022 NFL Draft, came through with his first 100-yard performance. Byron Leftwich clearly went into this matchup determined to make things work with the rushing attack. Tampa Bay finished with 44 carries, turning them into 161 yards and White sealed the game with an 18-yard run. This could be a massive development for the Buccaneers’ offense when they return from the bye.

So much for the Denver Broncos fixing their problems. A win in London on Oct. 30 might have left Russell Wilson and Nathaniel Hackett with the impression that things took a step forward. However, Denver converted just 18% of its third-down attempts and it needed plenty of good fortune just to score 21 points. 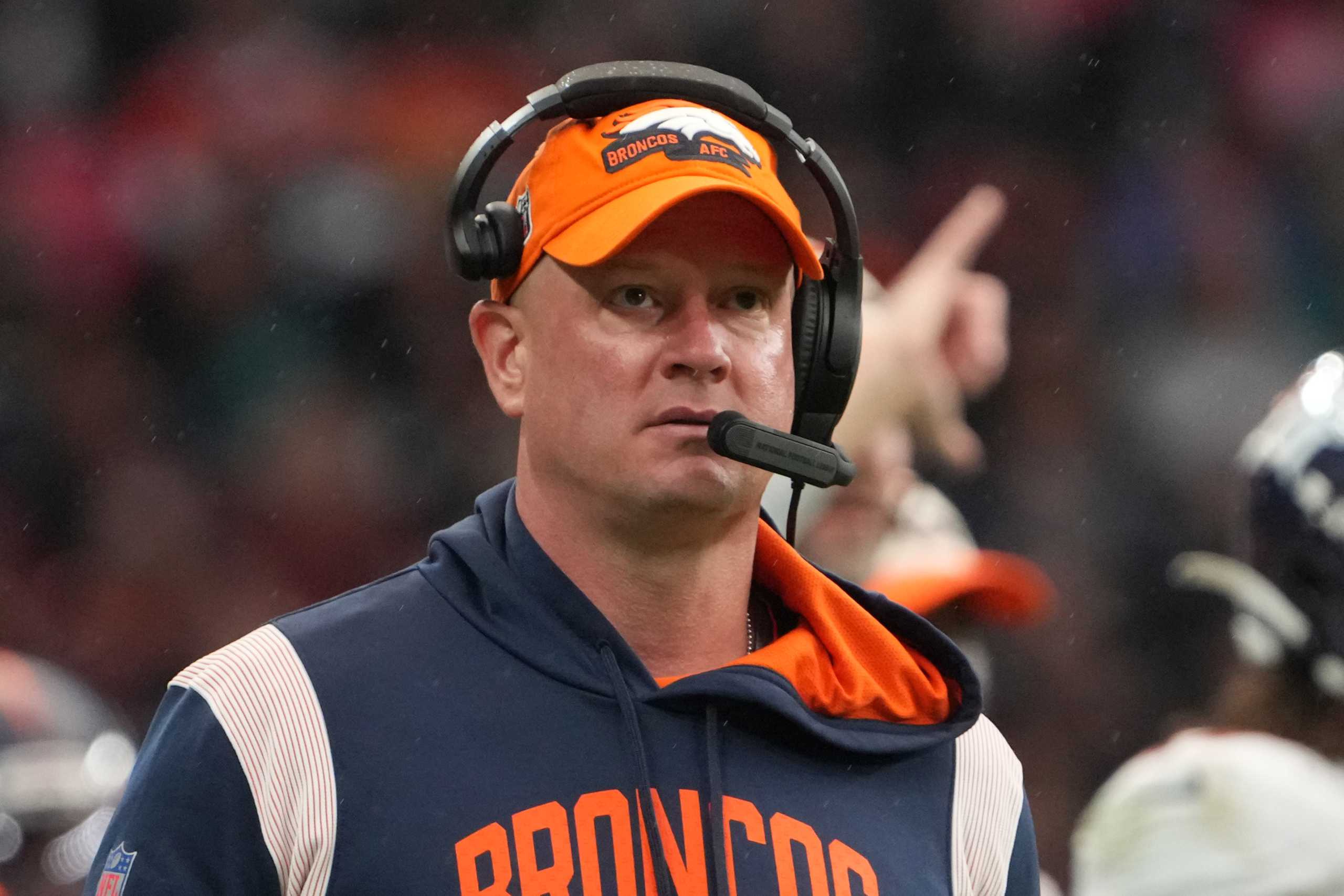 This remains one of the worst offenses in the NFL. Wilson completed just 50% of his 42 pass attempts Sunday, averaged 6.8 yards per attempt, fumbled the ball twice and threw an interception. Outside of the 66-yard touchdown by Jaylen Virgil, when he was wide open, Denver couldn’t do anything offensively. NFL Week 10 is just the latest example that Wilson isn’t close to the caliber of quarterback he used to be.

Winner: Justin Jefferson is on a Hall of Fame trajectory

It seems crazy that Stefon Diggs might not be the best wide receiver in that iconic 2020 blockbuster trade. The Buffalo Bills landed an All-Pro weapon, someone who is just as responsible for Josh Allen‘s emergence into stardom as Brian Daboll. Yet, Jefferson looks even better and he added NFL Week 10 just added to his historic stretch of dominance.

The catch will go down as one of the best in NFL history, especially under the circumstances. Against one of the best defenses in the league with Minnesota desperately wanting to prove itself, Jefferson made the game-changing play. In the process of his 193-yard performance, Jefferson also made history with a milestone not even Randy Moss reached.

Josh Allen is the most physically gifted quarterback in the NFL, capable of doing things even Patrick Mahomes can’t. The problem is, as we highlighted last week, is Allen’s carelessness and poor decision-making with the football. He tossed two inexcusable interceptions against the Green Bay Packers, threw two more red-zone picks in a loss to the New York Jets and his baffling recklessness with the football caused the loss in NFL Week 10.

Allen has now thrown four red-zone interceptions in his last two games, which stands out even more in one-score losses to the Jets (20-17) and Vikings (33-30). As Allen said last week, the Bills can’t win when their quarterback plays like “s***”. If Allen can’t start making smarter decisions, the Bills will not reach the Super Bowl.

Tua Tagovailoa is more than just a product of the system. The Miami Dolphins quarterback isn’t simply the beneficiary of throwing passes to Jaylen Waddle and Tyreek Hill. As NFL Week 10 displayed, Tagovailoa is finally playing to the level everyone anticipated before injuries and a bad ecosystem limited him for two years.

No one will mistake the Cleveland Browns defense for an elite unit, but that’s not what stood out on Sunday. Tagovailoa hit eight different pass-catchers, with five players recording 30-plus receiving yards and three finding the end zone. It’s time to start talking about him for MVP.

Loser: Josh McDaniels might be an all-time bad coach

After failing in Denver, Josh McDaniels turned down multiple head-coaching opportunities because he wanted the perfect fit. He even went so far as to back out on the Indianapolis Colts after agreeing to take the job. All of that led him to Las Vegas, an opportunity to call plays for a loaded offense.

McDaniels’ offense hasn’t scored more than 20 points in a game since Oct. 23. Coming out of the bye, a period that great coaches use to fix their problems, the Raiders’ offense looks just as bad as it did early in the season. McDaniels was labeled as an offensive genius and vowed to bring discipline and execution to the Raiders’ organization. Instead, he is shaping up to be one of the worst NFL head coaches ever.

It could be argued no NFL player needed this more than Christian Watson. The Green Bay Packers receiver served as a source of frustration for Aaron Rodgers and the fan base through his first six games. Between drops, missed blocking assignments and poor route-running, everything that could go wrong for the rookie did. It explains why Lambeau Field erupted after his big play.

The 58-yard touchdown seemed to flip a switch. Watson beat the Cowboys’ secondary for three touchdowns, becoming the first Packers’ receiver since James Lofton (1978) to eclipse 100 receiving yards and deliver three scores. Watson’s breakout could be a turning point for the Packers’ offense and it breathes life into their playoff hopes.

There is no reason the Dallas Cowboys should have lost at Lambeau Field. Dallas has a superior offense, an elite defense and a coaching staff that seemed superior to Green Bay. Considering the Packers’ woes entering NFL Week 10, many rightfully expected a double-digit victory for Dallas.

Instead, we saw the playoff version of the Cowboys. Mike McCarthy was outcoached, with the fourth-down gamble immediately blowing up in his face. Facing an injury-plagued Packers’ defense, Dak Prescott threw two picks, Kellen Moore’s play-calling earned criticism and Dan Quinn’s defense allowed 31 points to an opponent who couldn’t crack double-digits against the Detroit Lions. From top to bottom, the Cowboys can’t be trusted in big moments.

Neo Sports Insiders - A Lifelong Passion for the Browns