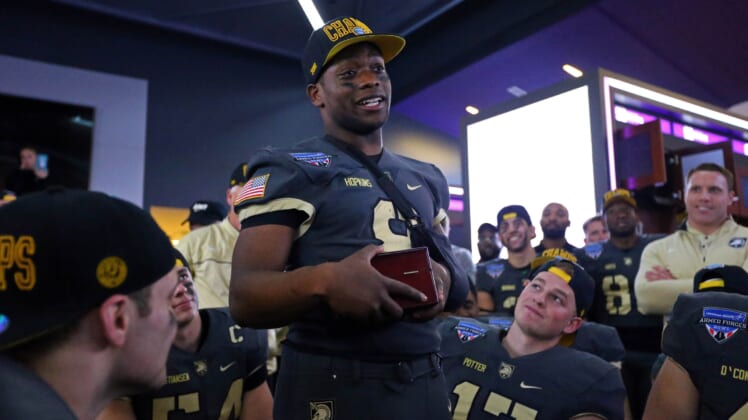 Settling into our holiday comfort zones 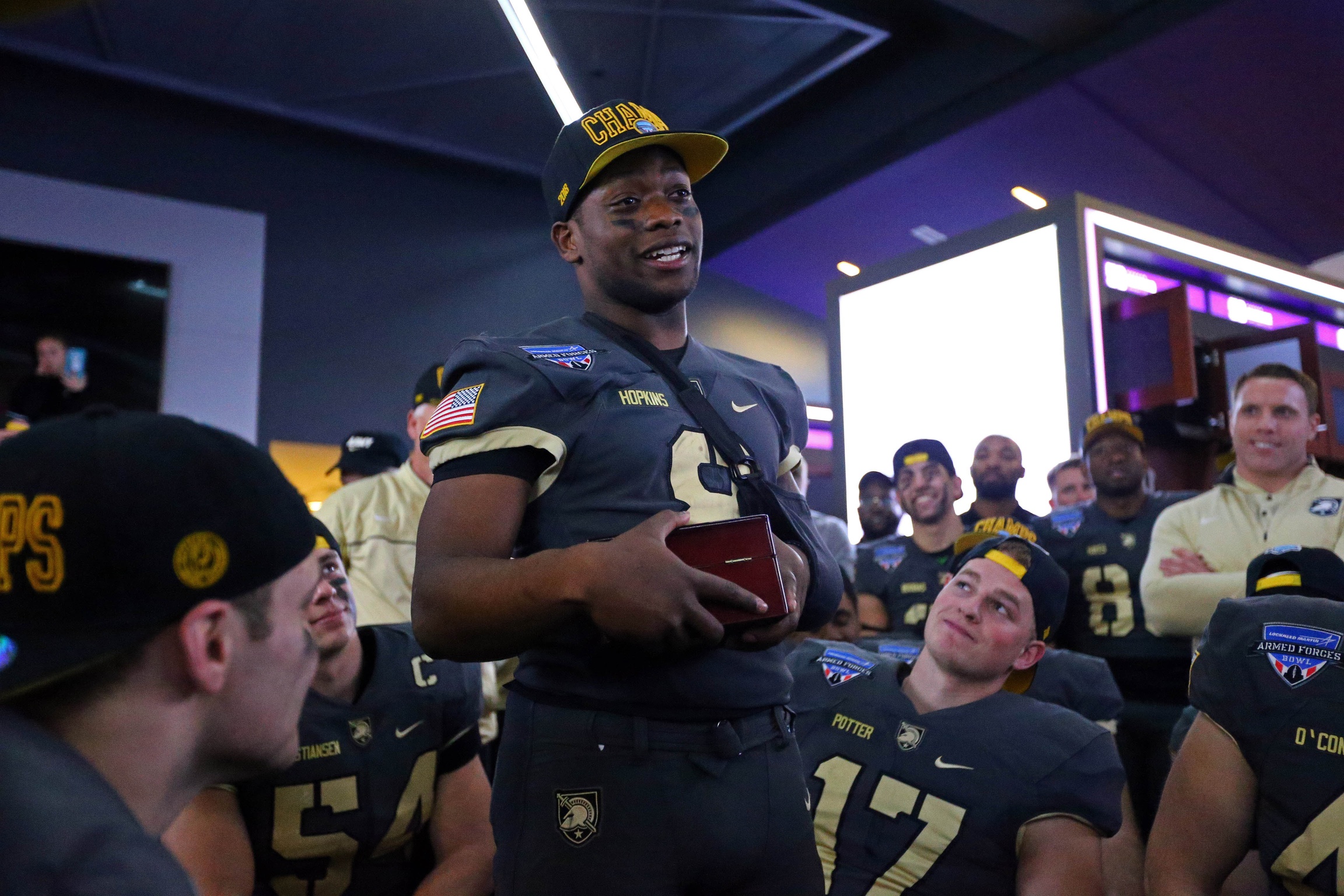 While many of us settle into our holiday comfort zones and prepare for the festivities next week, a group of college football teams provided the entertainment Saturday.

We saw an NCAA record-tying performance in the first game of the afternoon. That same game provided one of the biggest losers of the early bowl season, too.

The second game of the day — between Houston and Army — was a lopsided disaster for one team, and potentially its head coach. Closing out the evening Buffalo and Troy engaged in a spirited battle that came down to some big plays in the final moments.

We also saw a kicker pull off an incredible feat on an onside kick and perhaps the worst facemask penalty ever.

These are the biggest winners and losers from the pre-Christmas bowl games on Saturday. 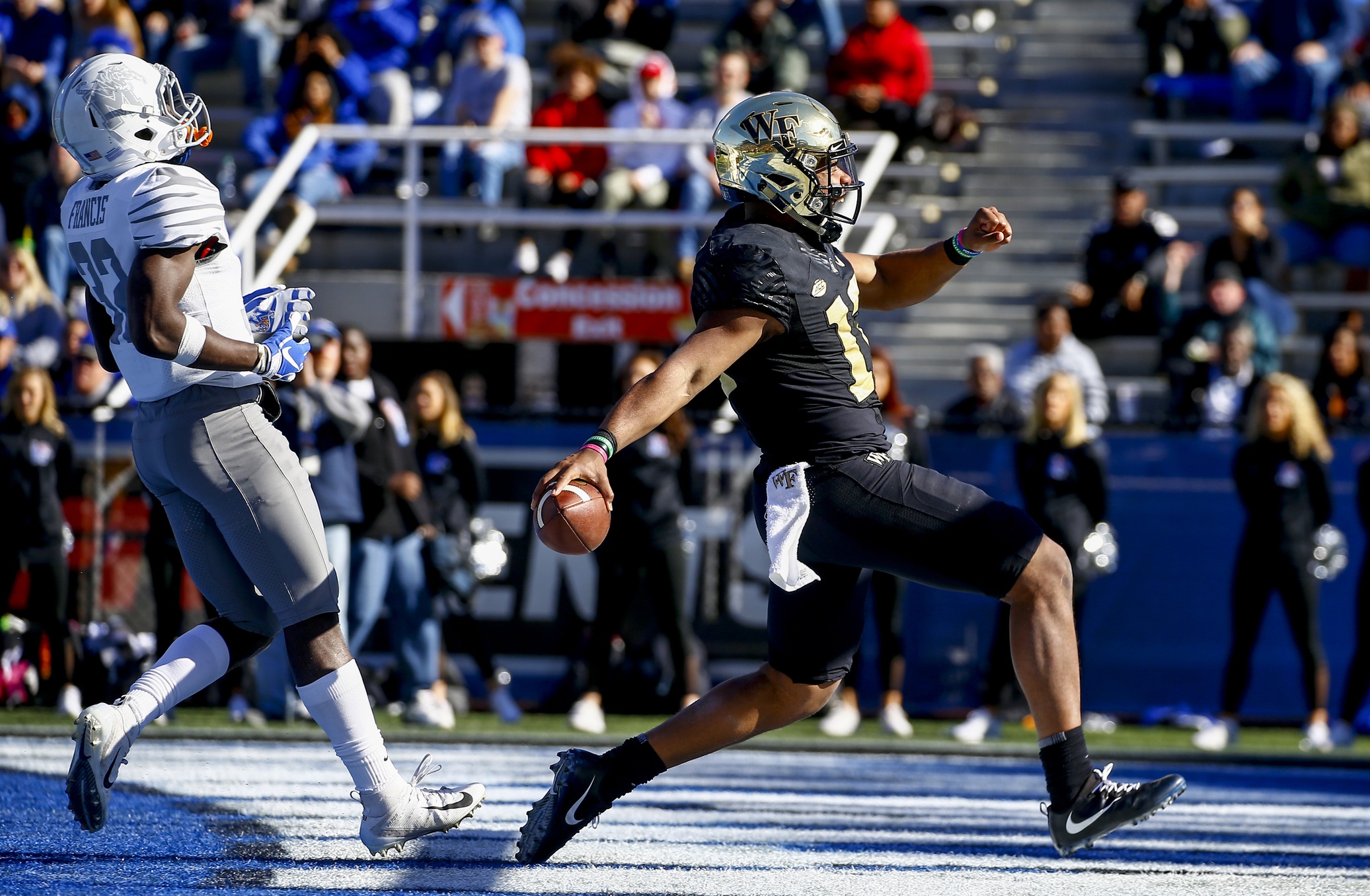 Wake Forest quarterback Jamie Newman had a whale of a game leading the Demon Deacons to victory over Memphis Saturday in the Birmingham Bowl.

The dual-threat sophomore couldn’t be stopped as he brought his team back from a 28-10 deficit to outscore the Tigers 27-6 in the final 41 minutes of the game.

Newman racked up 419 yards and four touchdowns while passing for 328 yards and rushing in three scores. It was the best performance of his season, and it catapulted his team to victory.

Loser: Memphis lost in the most fitting way possible 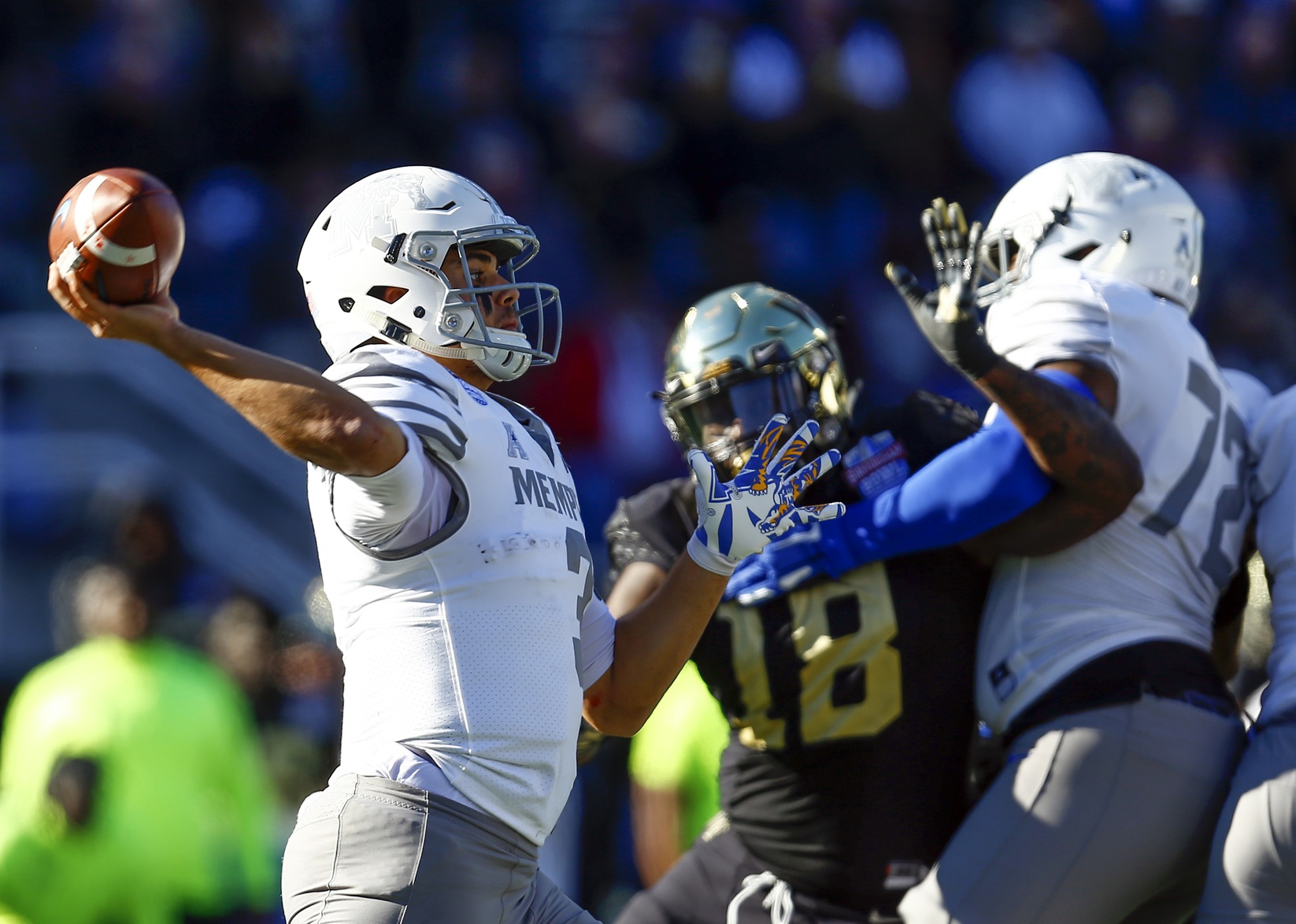 The Memphis offense, led by Brady White, got off to a red-hot start but fizzled quickly. However, late in the game it woke up again and pulled out to a four-point lead following an impressive 14-play, 88-yard touchdown-scoring drive.

Then, just like it had for most of the game, Memphis’ defense laid a rotten egg and quickly surrendered a touchdown that gave Wake Forest the lead once more.

Somehow, the Tigers got themselves right back in scoring range again with just 33 seconds left on the clock and had a chance to win the game. Unfortunately, Memphis head coach Mike Norvell made the unfathomable decision to play for a tie. Ultimately, after a timeout and a false start on the offense, kicker Riley Patterson missed a 43-yard attempt that would have sent the game into overtime (watch here) with zeroes left on the fourth-quarter clock. 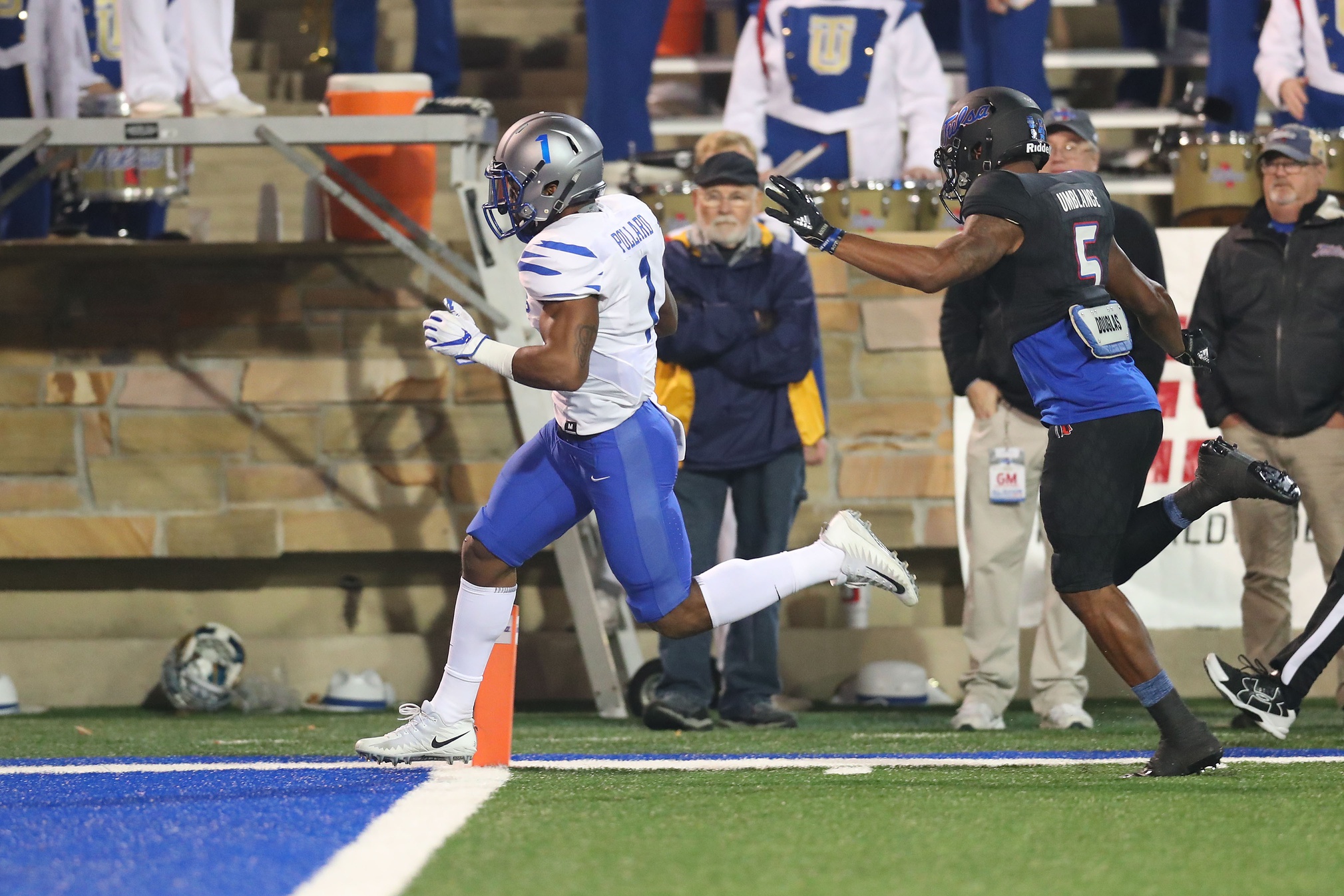 In a losing cause, Memphis running back Tony Pollard had a monster game. He tallied 109 yards and a touchdown on the ground, but he also did so much more.

The dynamic junior made his presence known in special teams. He returned six kickoff returns for a total of 209 yards, including a 97-yard touchdown that tied an NCAA record (watch here).

Loser: Major Applewhite might just have a scorching seat now 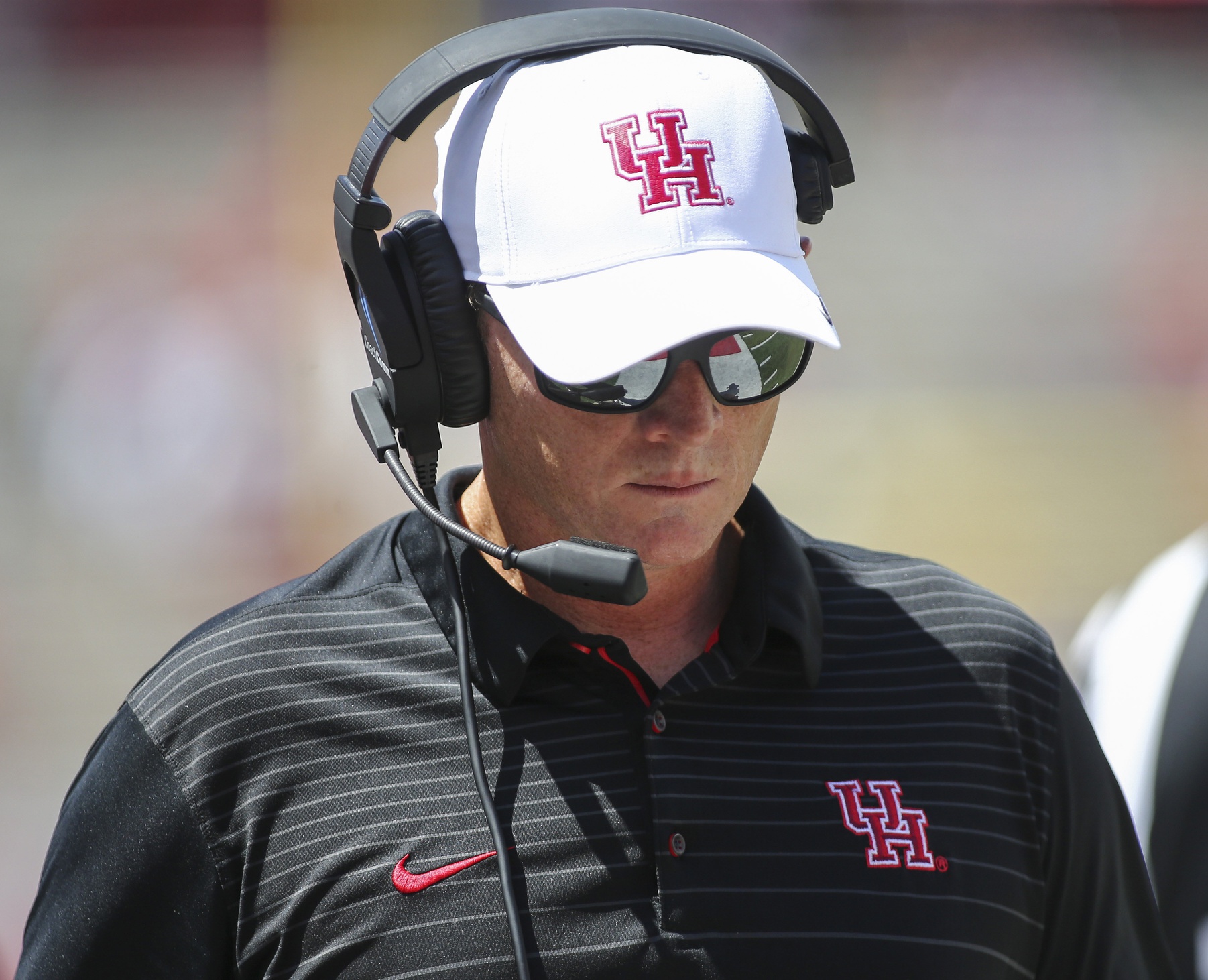 Since taking over for Tom Herman a couple seasons ago, Major Applewhite has failed to generate much positive buzz in Houston. His public (and ridiculous) spat with star defensive tackle Ed Oliver was not a good look. Neither was Saturday’s no-show against Army in the Armed Forces Bowl.

The Cougars lost this game before it ever began. A lackluster start to the game quickly snowballed into a pitiful blowout that had social media buzzing. In the end, Houston lost by the unfathomable score of 70-14 while allowing a staggering 507 yards and eight touchdowns…on the ground. 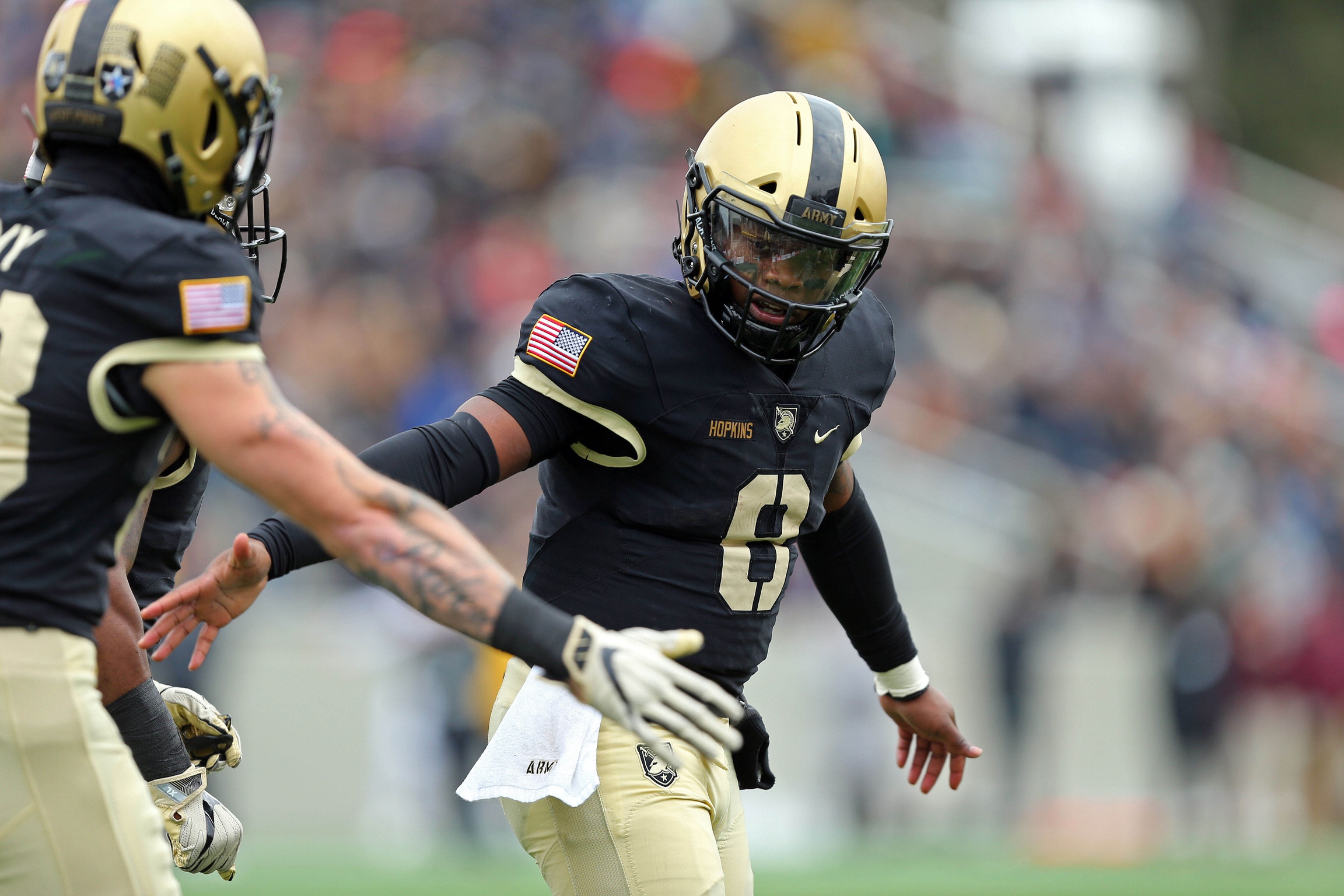 Not surprisingly, the trigger man for the Knights’ triple option attack only threw the ball three times. He completed all three passes, going for 70 yards, including a 54-yard strike to Kjetil Cline.

Where Hopkins did almost all his damage was on the ground. His 77-yard touchdown run in the first quarter was one of the best we’ve seen all year (watch here), and he finished with 170 yards and five touchdowns on just 11 carries. 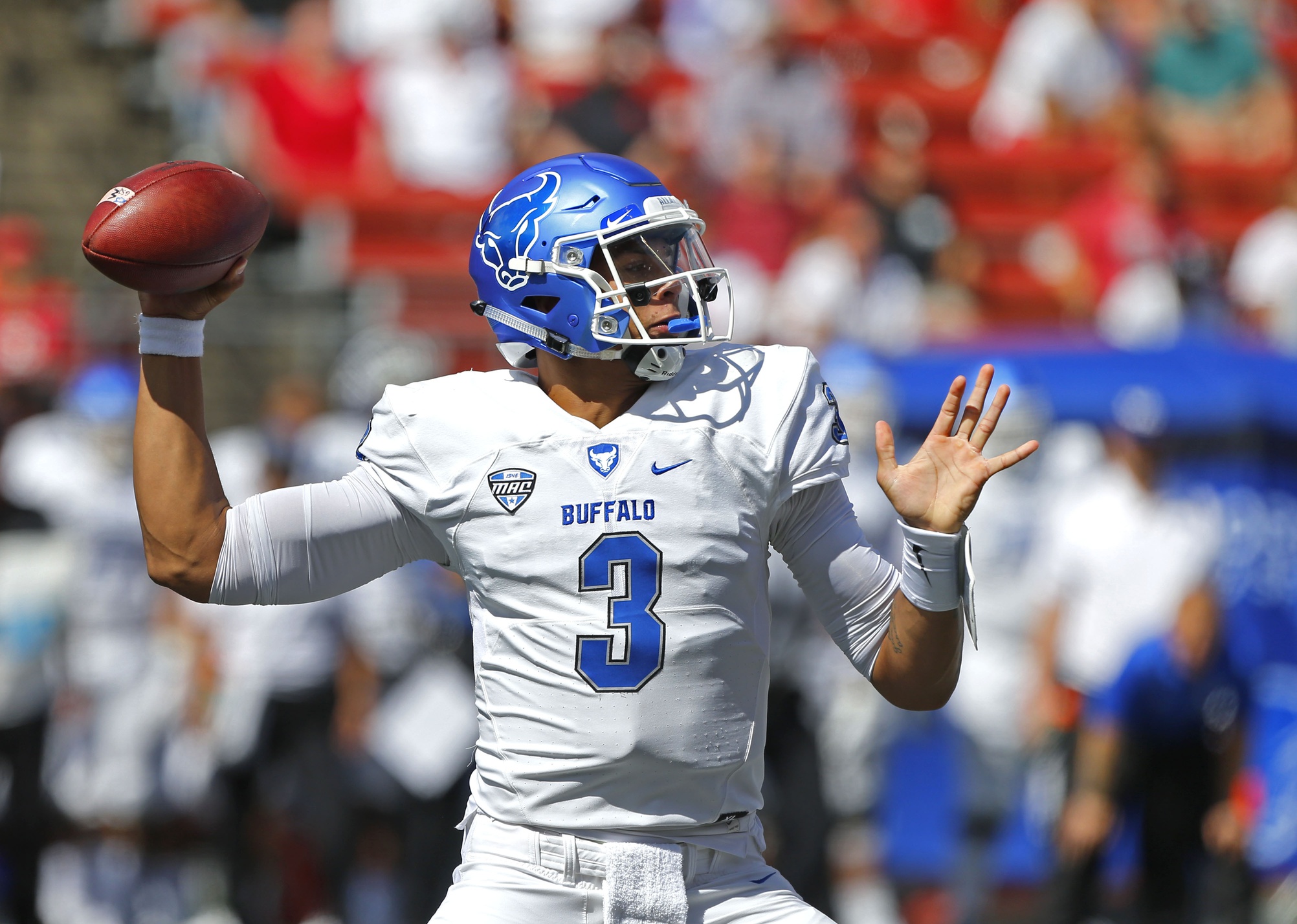 When Tyree Jackson is clicking in the pass game, the Bulls are very tough to beat. Unfortunately, he was not on his game Saturday night as Buffalo took on Troy in the Dollar General Bowl, and it cost his team a win.

Accuracy was an issue as Jackson completed 20-of-35 passes for 274 yards, and much of that came late in the game. He also struggled mightily with decision-making. He threw a bad interception in the first half, then fumbled the ball away at the worst possible time late in the fourth quarter, down by just three points with plenty of clock left to either tie the game up or win it.

Jackson’s inability to make plays through the air on a night in which his counterpart was dealing for Troy was a huge reason the Bulls lost. 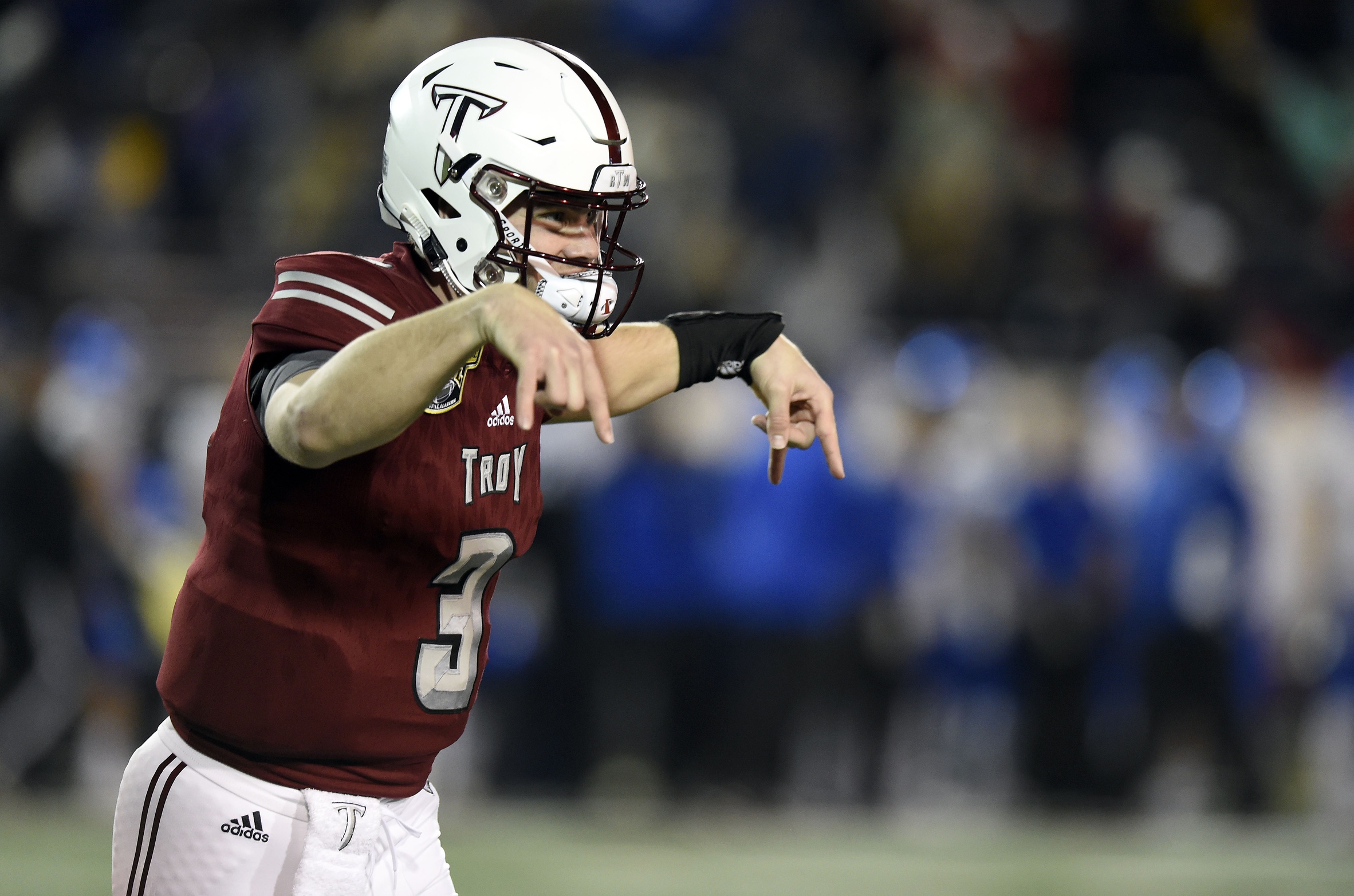 Troy’s sophomore quarterback has been solid for much of the season, his last game against Appalachian State notwithstanding. Yet never at any point in the 2018 campaign did he show the kind of passing prowess he put on display Saturday night against Buffalo.

Smith was darn-near unstoppable. He connected with eight different receiving targets, spreading the ball around and taking what the defense gave him. He also completed a high percentage of his passes (31 of 44), finishing with 320 yards and four touchdowns through the air.

It was by far his most dominant performance of the 2018 season, sparking hope that the 2019 campaign might be even more successful for the Trojans than this season was.