All seemed quiet on the NBA trade deadline front heading into Thursday. Sure some lower-profile players were set to be moved. But we couldn’t have expected what actually went down when all was said and done.

The Cleveland Cavaliers completely overhauled their roster in three separate deals. The Los Angeles Lakers cleared themselves of future salaries in an attempt to make a major play in free agency this summer. Meanwhile, Dwyane Wade was shockingly sent back to his Miami roots to potentially close out his career.

These are among the biggest stories from the NBA’s trade deadline. But let’s also take a look at the biggest winners and losers from what was a frantic period around the Association. 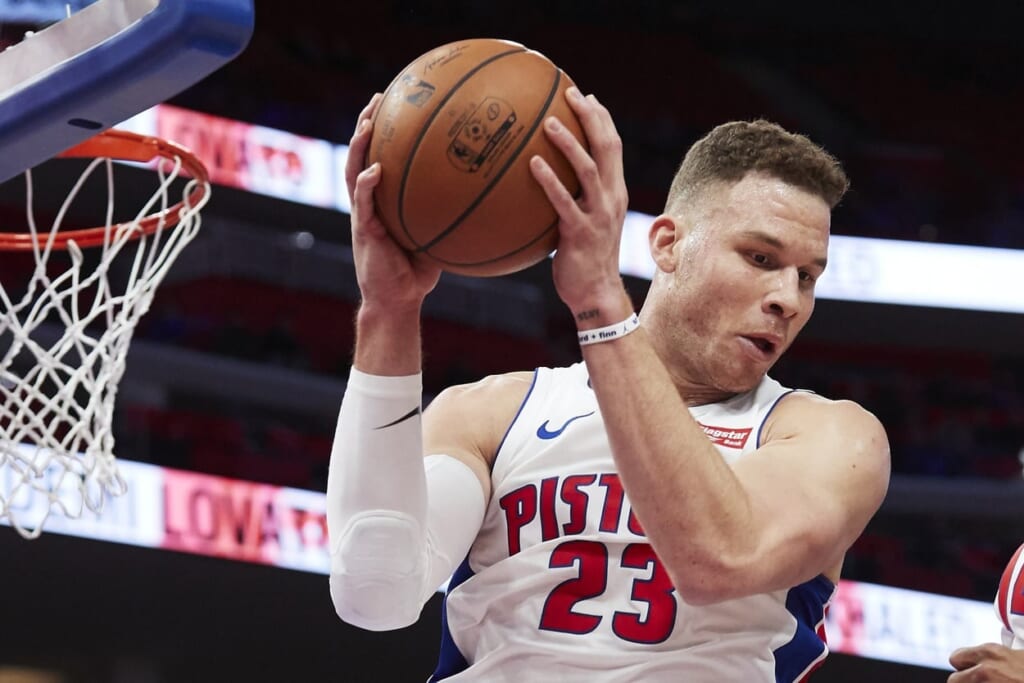 The trade for Blake Griffin has created wide-ranging implications back east. Detroit has won all five of its games since it acquired Griffin from the Clippers late last month. It now heads into Friday’s game against his former squad clearly in the mix for a playoff spot in the Eastern Conference.

Unlike other in-season trades in the recent history of the league, this blockbuster doesn’t simply boast short-term ramifications. Griffin is locked into his contract for the next three seasons. He’s now going to team up with fellow All-Star Andre Drummond to form what has to be considered the best front court in the Eastern Conference. Giving up starters Avery Bradley and Tobias Harris for that possibility can’t be seen as a bad thing.

We all knew that Cleveland had to make some moves prior to the deadline. This team was struggling big time on the court, and drama seemed to be taking hold behind the scenes. What we didn’t expect was the Cavaliers to completely overhaul their roster. That’s exactly what happened on Thursday.

It started with Cleveland sending the expiring contracts of Isaiah Thomas and Channing Frye as well as a first-round pick to the Lakers for Jordan Clarkson and Larry Nance Jr. Then, mere minutes later, GM Koby Altman acquired George Hill from Sacramento and Rodney Hood from Utah in a three-team deal. That trade sent Derrick Rose, Iman Shumpert and Jae Crowder packing. If that wasn’t enough, the Cavs then moved future Hall of Famer Dwyane Wade to Miami for a second-round pick.

It really is something to behold. Cleveland might have gotten better over the short term by adding multiple perimeter threats. But do these moves make the Cavs favorites in the Eastern Conference? No. Instead, they might have improved their standing a little bit. They did so while eliminating any future salary cap flexibility and betting the house on LeBron James re-signing in free agency. Given he reportedly has no relationship with the team’s front office, that seems like fool’s gold.

The idea of trading Blake Griffin didn’t make a ton of sense at first glance. That’s until we realize the Clippers were going nowhere fast with him as the catalyst. The sooner they ultimately realized this, the better. We have no real idea whether Avery Bradley or Tobias Harris have long-term futures in Los Angeles. We do know that both can provide a ton of offense and bring some nice stability to the defensive end of the court. The team also saves $10-plus million in cap room this summer and what will be $34.5 million after the 2018-19 season. For a squad that was in no way ready to contend for a conference title as it was currently formed, this is a tremendous trade off.

Then, after weeks of speculation that he would be traded, Los Angeles was able to sign leading scorer Lou Williams to a three-year contract extension. If nothing else, it gives the team an ability to get something for Williams during the summer should it decide to move on from him and rebuild altogether. That’s the type of flexibility those around the NBA are looking for in what promises to be a cash-strapped couple seasons in the Association. 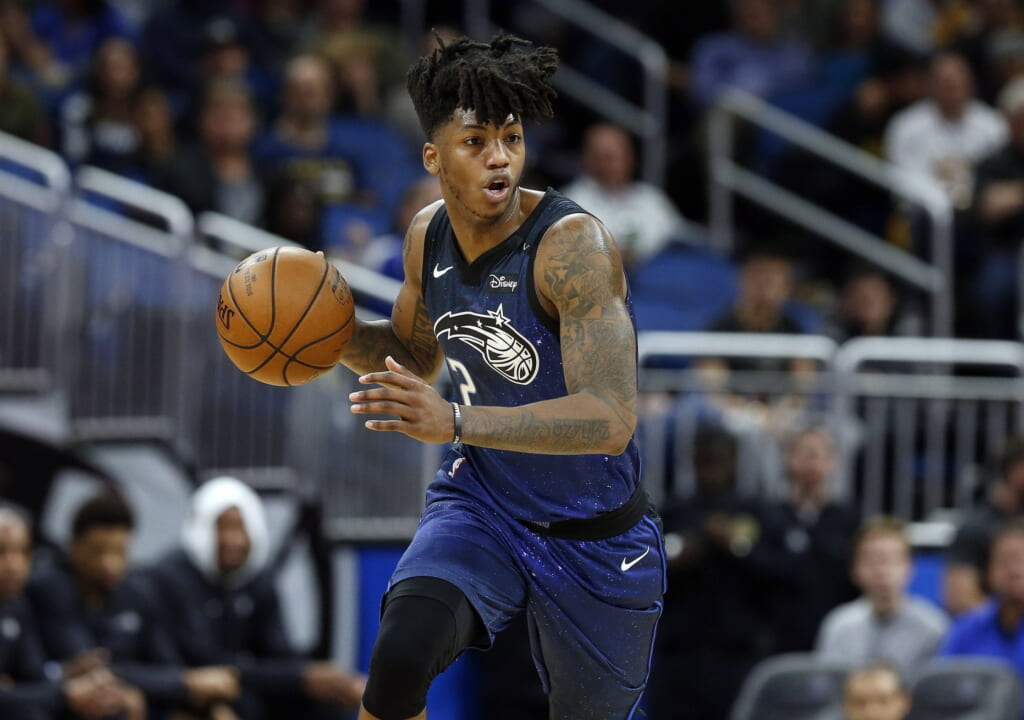 We fully understand that Orlando was unlikely to re-sign soon-to-be restricted free agent Elfrid Payton this upcoming summer. Even then, it made absolutely no sense to give him away to the Phoenix Suns for a mere second-round pick on Thursday. Payton has struggled on the defensive end of the court and with consistency throughout his career. But he’s still only 23 years old and boasts a tremendous amount of upside. Heck, the former top-10 pick is averaging 13.0 points and 6.3 assists while shooting at a sparkling 52 percent from the field on the season.

At 17-36 this season, it’s not like the Magic are oozing talent. Why would they simply give up on a young player for pretty much nothing in return? It makes absolutely no sense. And it’s yet another reason why this is an organization that continues to remain irrelevant around the Association.

After playing on three teams over the past calendar year, this impressive veteran finally gets some long-term stability. Firmly on the trade block heading into Thursday’s deadline, Williams agreed to a three-year, $24 million extension with the Clippers on Wednesday. It rewards the 31-year-old sharpshooter for putting up the best season of his career. Williams is averaging 23.3 points and shooting 38 percent from distance with Los Angeles on the season.

There’s still a chance Sweet Lou will be traded during the summer. The Clippers themselves are in the midst of a roster turnover after sending Blake Griffin to Detroit in late January. That could lead to more moves down the road. But the veteran could also very well be a prime part of the Clippers’ rebranding themselves.

If nothing else, the idea of Griffin trading in his Los Angeles lifestyle for the Midwest likely doesn’t sit well for the All-Star. He’s not complaining about it. This shows that Griffin is a true professional. But with an appearance on Space Jam coming up, multiple ad campaigns in Southern California and the bright lights of Hollywood being part of his brand, Detroit isn’t going to play well into a furthering of Griffin’s brand.

Think of it this way. Griffin didn’t even consider taking a free agent visit with Detroit this past summer. It wasn’t even on his radar. Instead, the idea was to remain out west with the Clippers, sign with the Phoenix Suns or enjoy the South Beach life in Miami. Now, he’s stuck in a long-term contract with the Pistons. That surely makes Griffin a loser — something that can change if the Pistons continue to roll with him on the court. 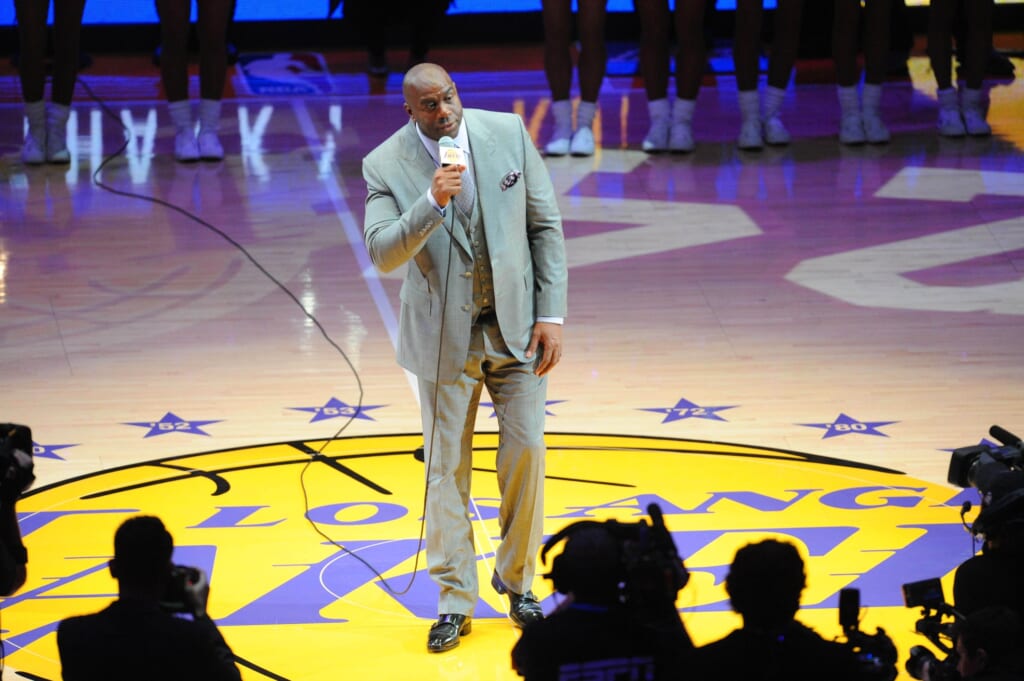 Magic Johnson and Rob Pelinka are back at it. After finding a way to move on from Timofey Mozgov’s bloated contract for an expiring in Brook Lopez, the Lakers have one-upped themselves here. By trading Jordan Clarkson and his contract in exchange for two expiring in the form of Isaiah Thomas and Channing Frye, Los Angeles now has room for two max-contract players in free agency. Obviously, the central focus there will be LeBron James and Paul George, both of whom have been linked to the team a great deal in the past.

Not only this, Los Angeles was able to add a protected first-round pick from Cleveland in the deal. It gives the team even more ammo heading into the summer. Clarkson was never a real fit in Los Angeles. Nance was a nice piece. But adding him as a sweetener enables the Lakers to go hard after top-end free agents to pair with the likes of Lonzo Ball, Brandon Ingram and Kyle Kuzma. Magic and Co. are absolutely huge winners of the trade deadline.

By virtue of trading for Eric Bledsoe earlier in the season, most figured the Bucks were going to go for it this season. Jabari Parker has returned from injury. The team fired Jason Kidd. Everything seemed in place for Milwaukee to add someone of DeAndre Jordan’s ilk with the seemingly unlimited assets the team boasts.

That never came to fruition. Instead, the Bucks added veteran center Tyler Zeller from the Brooklyn Nets for former first-round pick Rashad Vaughn and a pick. Zeller might be a big body. He’s also averaging 7.0 points and 4.5 rebounds per game. But he’s not the difference maker Milwaukee needed to take that next step from mid-tier playoff team to the upper-echelon back east. With youngsters Thon Maker, Malcolm Brogdon and John Henson as potential trade bait, the team could have done much better than Zeller. It’s that simple.