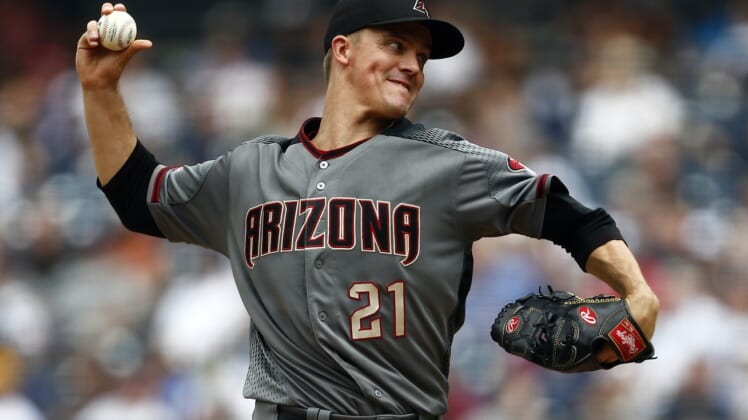 After weeks of silence leading up to MLB’s trade deadline, baseball fans finally saw the action they hoped for with a thrilling finish and a flurry of moves as the seconds ticked away.

This year’s trade deadline provided plenty of surprising moves with deals that will shake up organizations for years to come. Perhaps even more surprisingly, we only saw a few contenders step up and take big swings to improve their chances at a World Series.

Let’s take a look at the biggest winners and losers from all the action at the MLB trade deadline.

It’s rare for a team just three games back in the division to trade its best pitcher. A move that ordinarily signals a rebuild, instead, might improve Cleveland’s playoff chances if starters Corey Kluber and Carlos Carrasco return.

Cleveland’s outfielders entered Tuesday ranked 25th in wRC+ (89) and 23rd in OPS (.734). Now it adds two immediate upgrades for the outfield with Franmil Reyes (116 wRC+, .847 OPS) and Yasiel Puig (135 wRC+, .929 OPSS since June 1). While Puig will inevitably leave as a free agent, Reyes profiles as an excellent power hitter and he’s under team control through 2024.

Left-handed pitcher Logan Allen, who is ranked as San Diego’s No. 7 prospect by MLB Pipeline, projects as a mid-rotation starter and carries a very team-friendly deal. While Cleveland might miss Bauer’s talent, his latest antics and contract that expires after 2020 made him expendable given the upgrades Cleveland landed.

Toronto approached the trade deadline focused on revamping its pitching staff for the future and seizing on a market of contenders the seemingly all wanted Marcus Stroman, Ken Giles and Daniel Hudson.

The Blue Jays didn’t wait it out with Stroman, striking a deal that netted them two intriguing pitching prospects that both ranked outside of consensus top-100 lists. It had to hurt even more when Toronto later saw what other top starters went for.

The biggest blow for the Blue Jays isn’t their fault. Giles, one of the top closers available, needed a cortisone shot in his elbow and the medical concerns kept him in Toronto. The future is bright with Vladimir Guerrero Jr., Craig Biggio and Bo Bichette. However, the front office failed to pick up some crucial wins on the trade market.

Everyone expected general manager Brodie Van Wagenen to screw up with a series of bizarre moves that hurt the team both this season and in the future. Instead, the ex-agent somehow found a way to come out of his first trade deadline as a winner.

New York landed Marcus Stroman at a discount rate and brought home a pitcher with roots to the area who should continue to pitch well in an improving rotation. Van Wagenen also dumped Jason Vargas — the purest example of addition by subtraction.

Van Wagenen’s best move came from keeping Noah Syndergaard. Even if he doesn’t return to the form we saw in 2016, front-line pitchers with team-friendly deals are rare and should be kept for any team that plans on competing in 2020.

Bauer’s last pitch with the Indians will be a stain on his reputation for quite some time. After being fined for the stunning show of rage, Cleveland doubled down on the punishment by sending Bauer to a worse team.

One aspect that helped Bauer excel with Cleveland was Terry Francona’s willingness to let him throw 115-plus pitches every outing. Cincinnati may not afford Bauer that luxury. He’ll also be moving to a more hitter-friendly ballpark, in a division with the Chicago Cubs and Milwaukee Brewers, which could further inflate his 3.79 ERA and 1.26 HR/9.

All of that might be worth it for Bauer if he ended up with a contender. Instead, he’s with a team that is seven games under .500 and without a clear path to the playoffs. A pitcher that could have shaken up the postseason will now be playing with drones rather than pitching in October.

At a deadline when San Francisco kept Madison Bumgarner and Will Smith, Farhan Zaidi somehow came out a winner. Mauricio Dubon gives San Francisco a long-term replacement at second base and it only cost the organization two very expendable relievers.

The Giants also offloaded Mark Melancon’s contract and picked up right-handed pitcher Tristan Beck, who could develop into a quality reliever. Perhaps most interestingly, San Francisco acquired second baseman Scooter Gennett in a move that improves its lineup and could push the needle a little further to fight for a wild-card spot.

When a team finds itself experiencing a breakout year ahead of schedule and with a shot to contend for the World Series, the front office must take advantage. Minnesota failed to do that at the trade deadline.

Minnesota owns one of the best farm systems in baseball with the premium talent, at positions they already have long-term stars. They needed to go out and land an impact starting pitcher or reliever. The organization failed to address its needs and came away from the deadline with Sergio Romo and Sam Dyson representing its biggest acquisitions.

The Twins effort to improve can only be described as a failure. They failed to take advantage of a market rich with pitching options and it will hurt them in October.

While the Braves might not have come away with a starter to improve the rotation, landing Shane Greene, Chris Martin and Mark Melancon provide needed stability to the bullpen.

Martin adds a strong presence in late innings and has proven he can excel in clutch situations. The 33-year-old’s 43/4 K/BB ratio is stunning and his 3.08 ERA further demonstrates his abilities. Melancon (3.50 ERA) should also be serviceable in a limited role.

Greene can step in and replace Luke Jackson as Atlanta’s closer. The All-Star is among the best at his position and it shows in his 1.18 ERA and 0.87 WHIP this season. Perhaps most importantly for Atlanta, he’s under contract for the 2020 season and it should come at an affordable salary under arbitration.

Milwaukee entered trade season with pressing needs at the front of its rotation and the back of its bullpen. Despite high-caliber arms becoming available, the Brewers walked away with pedestrian additions.

Sacrificing Dubon, the organization’s No. 3 prospect, for Drew Pomeranz and Ray Black is a massive gamble. While his .067/.125/.067 slash line allowed as a reliever is impressive, he has faced only 16 batters in this new role. Ray Black is an intriguing arm with excellent velocity, but is likely not ready to be consistently trusted in high-leverage spots.

The additions of Jacob Faria and Jordan Lyles could provide back-end starting pitchers, but both could also end up as long relievers. This simply wasn’t enough for a team that needed to make big moves in a tight playoff race.

As the trade deadline passed and all remained quiet, it seemed like the Astros would come away from the trade deadline without landing a starting pitcher. Suddenly the news broke that Houston landed Zack Greinke and Aaron Sanchez.

Greinke is the headliner and gives the Astros another ace to plug in with Gerrit Cole and Justin Verlander. The cost of sacrificing hitter Seth Beer, pitching prospects Corbin Martin and J.B. Bukauskas, three of Houston’s top-five prospects, is costly. It’s worth it though for a starter with a 2.87 ERA, 0.97 WHIP and elite stuff.

The addition of Sanchez also can’t be discounted. The 27-year-old’s 6.07 ERA and 3-14 record are alarming. However, he offers enough raw talent that the best pitching coaches in baseball could work with and turn into an excellent No. 4 starter.

It became quite obvious in recent weeks that New York desperately needed to address its rotation. Either due to other teams charging them higher prices or Brian Cashman being tight with his prospects, the Yankees came away with nothing.

This isn’t acceptable for a team that needed just one or two moves to emerge as a potential favorite to win the World Series. The Yankees farm system is outstanding and outfielder Clint Frazier was a luxury they could afford to move.

Instead, Cashman watched as the Astros swung for the fences and struck gold with Greinke. Now a rotation that is collapsing and dealing with injuries will be asked to figure it out, an outcome that doesn’t seem likely.