We’re now one week into spring training action. And with less than four weeks to go before Opening Day, it’s important to know who’s thriving and who needs to pick it up a bit.

Both the New York Yankees and Boston Red Sox have a player on the roster who’s struggled after some high expectations early in his career. But while New York’s has struggled in Grapefruit League action, Boston’s has thrived.

We have still weeks of spring training action to go before the games count. But these are the winners and losers of the first week of Cactus League and Grapefruit League play.

Kingery will start the 2018 season in the minors. That’s pretty much a given. But Cody Bellinger started 2017 in the minors and still coasted to the National League Rookie of the Year. Kingery can do the same. He just has to play at a level that won’t allow the Phillies to keep him in the minors for too long.

Thus far, he’s done just that. Kingery has torn the cover off of the ball, hitting .444/.500/1.11 with two home runs in his first nine at-bats. What’s even more impressive is that he’s done this while trying to learn other positions. Since the Philadelphia infield is pretty crowded, Kingery has been playing some in the outfield in camp. Oftentimes, that has a negative impact on a player’s offense, especially a young player. But if anything, Kingery has gone in the opposite direction.

If you’re a fan of the Lehigh Valley IronPigs and hoping to see Kingery before he gets the call to the show, the best advice would be to buy early season tickets. The way Kingery is swinging the bat, he’ll be in Philadelphia in no time. 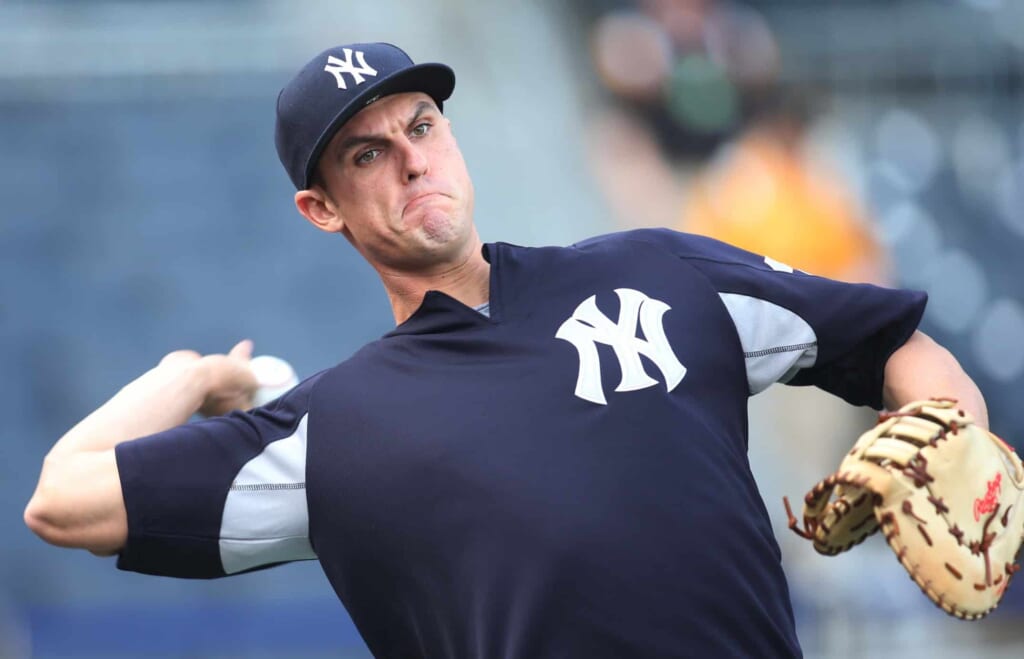 Bird broke into the majors at the end of the 2015 season and excelled. But it’s been a frustrating road since then. He missed all of 2016 with an injury and wasn’t completely effective in 2017. Thus far, 2018’s spring training has produced less than desirable results.

Bird has a .111 average and .200 OBP. But more noticeable than those numbers is the fact that he’s only slugging at .111. Bird isn’t the kind of guy who’s going to manufacture a ton of runs. He’s at his best when he driving the ball.

The obvious good news is that it’s still early. Additionally, Bird had a tremendous camp in 2017 and went on to have a bad, injury plagued year. The opposite can absolutely happen. But we’d certainly like to see a little more productivity out of him.

The A’s have an offense that can compete with anyone in 2018.But the questionable pitching staff is a cause for concern. It features some incredibly promising arms. But promise doesn’t always mean anything at the MLB level, especially with young pitchers.

With that in mind, Oakland has to love what it saw from Cotton in his first outing. Cotton went two innings, allowed no hits, only one walk, no runs, and struck out five.

Now, we have to concede two points here. One, a strong first outing does not equal a good spring training and it certainly does not guarantee a good season. Two, Cotton’s second outing did not go nearly as well as his first.

We can’t escape these points. But we also need to point out that, especially in the hitter friendly Cactus League, it frequently takes a while for pitchers to get into a groove. They have to spend time sharpening up all of their pitches and command, which often leads to some ugly numbers in the early spring. We’re not just drawn in by the fact that Cotton allowed no hits or runs in his first outing. We’re drawn in by the fact that he struck out five in two innings.

That doesn’t happen if your pitches aren’t locked in. Yes, the second outing was a struggle. But Cotton’s first outing left him and his team a lot to be upbeat about.

If you’re a member of the Cubs outfield, one thing that you cannot do is fall behind. It’s just too crowded. Almora has struggled in the early part of camp. In his first three games, he’s yet to record a base hit and has only reached base once, on a hit by pitch.

The good news is that there’s a lot of time to turn things around. The bad news is that they need to be turned around in a rather big way, becauseAlmora’s struggles aren’t the only problem. Making matters worse for Almora is that the man he’s competing with to be the starting centerfielder — Ian Happ — is thriving. Happ is starting spring training with a .571/.571/1.571 slash line with two home runs in the first week.

The Cubs are simply too good of a team to give Almora significant playing time if Happ is playing so well. Joe Maddon has done fantastic job at mixing in playing time. Still, if things don’t change, Almora will be little more than a late inning defensive replacement for Kyle Schwarber. 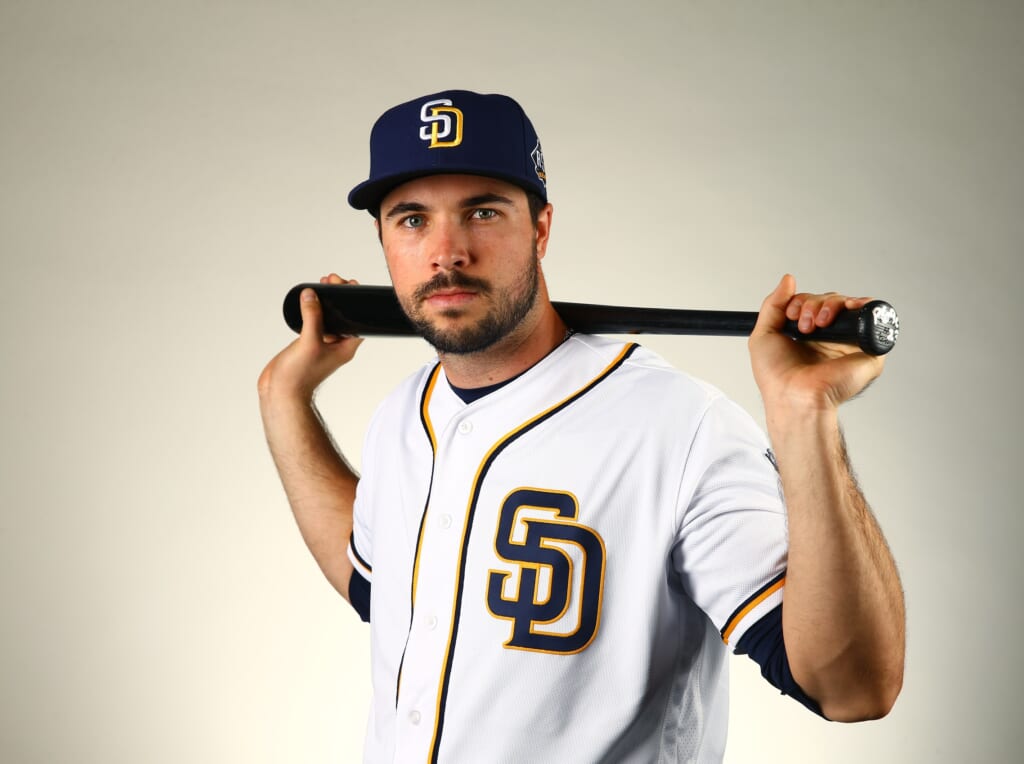 The defensive skills have always been there for Hedges. The questions have always surrounded his bat. In 2017, Hedges answered some of those questions. He did struggle to a .214/262/.398, but also hit an impressive 18 home runs.

In the early games of spring training, Hedges is picking up right where he left off. He’s raking to a .600/.667/2.400 slash line with three home runs and no strikeouts in his first three games.

Obviously, we’re not predicting that he’s going to maintain that kind of pace through the spring and into the season. Still, it’s a good sign.

One of Hedges’ biggest problems has been that he strikes out a lot. It’s encouraging that he’s not doing that at all in spring training. We’re more encouraged by the fact that the contact he’s making is loud. That’s the sign of someone who’s seeing the ball well, which is an exceptionally good sign.

This is unquestionably the era of the strikeout. The power numbers are up and with them, the Ks go up, too. That trade off is as old as baseball itself. We get that. But thus far in his MLB career, Moncada has struck out a ton and hasn’t traded that off with an abundance of power.

Once one of baseball’s most promising young arms, Kelly’s career has seen its ups and downs. He seemed to find a groove in the Boston bullpen in 2017. Thus far in 2018, he’s continued to build off of that.

Kelly has yet to allow a base runner in his first two outings. He’s also struck out five hitters in that window. While Kelly is in the Grapefruit League, we like seeing these numbers for the same reason that we liked seeing Cotton’s.

It’s not uncommon for a pitcher to get roughed up in an early spring training outing. The fact that it hasn’t happened to Kelly shows that he’s sharp. The fact that he’s struck out five hitters only validates that point further.

But with Kelly, we’re even more upbeat about the lack of walks. Pitchers can struggle with control (and definitely command) in the early part of spring training. Kelly has never been especially known for his accuracy. He walked more than four hitters per nine innings in 2017, and that was a good season.

The Red Sox and their fans have to love the fact that he’s not only finding the strike zone, but hitting the spots that opposing hitters can’t get to.

While the early part of spring training has been good to San Diego’s catcher of the future, things haven’t been so great for the shortstop of the future.

Tatis has limped to a .214/.267/.500 slash line. Now, while the average and OBP need work, it would be easy to get optimistic about a .500 slugging percentage. Indeed, Tatis has hit for some power, hitting a home run and a double in the first week.

Certainly, we can find a positive in that. The problem is that the average and OBP aren’t really what concerns us here. No, what we’re having a hard time getting past is the six strikeouts in 14 at-bats. Yes, it’s a limited sample size, but that’s a prodigious rate.

The positive here is that time is an ally of Tatis and his team. Even with a great camp, Tatis wasn’t going to break camp with the Padres anyway. We’re not going to see him until September of 2018 at the absolute earliest.

But Tatis is one of baseball’s top prospects. In his first week of spring training action, he hasn’t exactly played that way.