Winners and losers from Day 3 of the MLB Winter Meetings 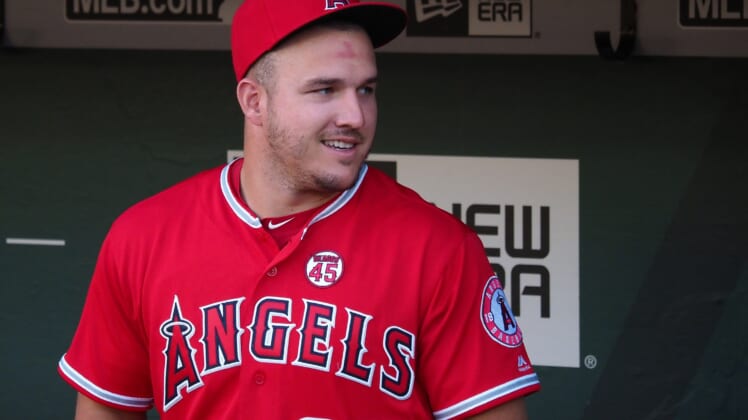 Day 3 of the MLB winter meetings in San Diego gave us a whole lot of rumors and some major news. The focus is obviously on the Los Angeles Angels landing NL MVP finalist, third baseman Anthony Rendon.

However, a lot of other things happened with the meetings set to conclude on Thursday.

Here, we check in on the biggest winners and losers from an eventful day in Southern California.

The best player in baseball has been waiting for his team to add talent around him for the past half-decade. Trout continues to exist under the radar, primarily because of the Angels have been irrelevant from a national perspective.

That could very well change here soon. Trout now has that elite bat to protect him in the lineup.

Add in Shohei Ohtani returning from injury, and Los Angeles’ lineup could be a force this coming season. Sure general manager Billy Eppler has work to do when it comes to starting pitching, but there’s a lot of time to fix those issues. For at least one day, Trout is a big individual winner.

Yet another team that struck out going after Rendon, the Rangers seemingly have no idea what the plan is moving forward. Are they contending or looking to reshuffle on the fly? With the Angels vastly improved and the A’s and Astros still relevant, it looks like dark days are ahead in the Rangers’ new stadium.

It is somewhat surprising to see what has happened here. That includes Texas trading power-hitting outfielder Nomar Mazara to the White Sox for a low-level prospect on Tuesday.

Sure there was a logjam in the outfield. But what’s the plan here? Are the Rangers looking to contend or rebuild? Chasing after Rendon and others while moving a proven contributor for a player that’s years away from the Majors made no sense.

You don’t have to like this super-agent to respect what he does for himself and his clients. That’s $814 million in total cash handed out to three players. What’s amazing here is that he’s taking advantage of an early bull market.

Boras still represents the likes of Hyun-jin Ryu, Dallas Keuchel and Nicholas Castellanos in free agency. This number is going to go up to over $1 billion. With a typical commission of 5%, Boras is looking at earning about $50 million from the winter meetings alone.

In on both Gerrit Cole and Anthony Rendon, the Dodgers struck out big time over the first three days of the winter meetings. That’s on team president Andrew Friedman, who seemingly set the stage for some big acquisitions in San Diego.

Instead, Los Angeles ended Wednesday’s action having picked up struggling closer Blake Treinen. He was non-tendered by Oakland earlier in the offseason after posting a god awful 4.91 ERA to go with a 1.62 WHIP last season. A total of $10 million for a reclamation project isn’t great. The Dodgers have a lot of work to do.

General manager Brodie Van Wagenen made it clear that the Mets were not going to get into a bidding war for Zack Wheeler. They just didn’t value him at a high clip. That’s fine. The splits tell us a story of someone the division-rival Phillies might have overpaid.

Instead, New York went out there and added high-upside former All-Star Michael Wacha to the mix on a one-year deal with a base salary of $3 million. Talk about value. The 28-year-old Wacha is one year removed from posting an 8-2 record with a 3.20 ERA and 1.23 WHIP in St. Louis. He’ll be a bargain as a potential No. 5 starter.

Beantown fans had no expectations that the Red Sox would be big time players during the meetings. In fact, talk surrounding the 2018 World Series champs included the potential trades of Mookie Betts and Jackie Bradley Jr.

We now have two more big names to add to that list in the form of All-Star starters David Price and Chris Sale. One day after Price was put on the block came reports that Boston was willing to listen to offers for Sale.

It’s all about Boston’s new brass lowering the payroll. That’s fine. But we could be looking at the first real fire sale in modern Red Sox history. After New York picked up Gerrit Cole, it seems like those heading to Fenway will be in for a big disappointment over the short term.