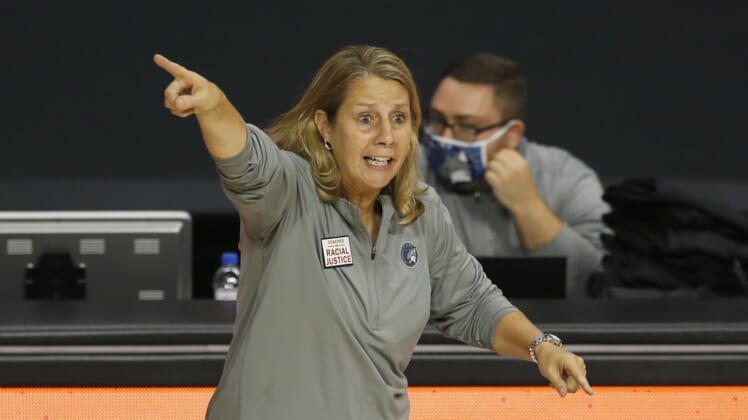 While inexperience might be one reason for the Indiana Fever’s winless start, the Minnesota Lynx must increase their intensity to finally win a game.

Each tries a third time for their first 2022 victory when the Lynx visit the Fever on Tuesday night in Indianapolis.

Minnesota (0-2) boasts marquee names in Sylvia Fowles and Odyssey Sims, and added veteran scorer Angel McCoughtry, but are in danger of opening with three straight losses for a second straight season. The Lynx averaged 70.0 points and shot 37.2 percent while losing to Seattle and Washington by a combined 35 points.

“Clearly, we aren’t playing well. That’s an understatement,” Lynx coach Cheryl Reeve told the Star Tribune after Sunday’s 78-66 home loss to the Mystics, during which her team was outscored 23-4 in the second quarter.

“We’ve got some players that are better players than what we have seen. It’s hard to win in this league. And, it’s really hard if you don’t bring the level of intensity it takes to win possessions.”

Fowles has totaled 29 points but only 12 rebounds through two games, while teammate Jessica Shepard is averaging 12.5 points and 12.0 boards. However, Sims has just 19 points on 7-of-23 shooting.

Meanwhile, Indiana rookie NaLyssa Smith (26 points, 22 rebounds in 2022) is off to a strong start. She’s also one of three rookie starters — joining former Baylor teammate Queen Egbo and Destanni Henderson — for the Fever (0-2), who lost to Washington and Los Angeles by a combined 24 points.

But while Indiana is mired in a nine-game losing streak and allowed at least 84 points in each of its first two contests, the youth movement, which also includes rookie reserves Lexie Hull and Emily Engstler, offers hope for the future.

“(The rookies have) been thrown into the mix of it,” veteran Fever forward Alanna Smith told the Indianapolis Star. “I think that they have a really good balance of being respectful. … But, also knowing I’m also a really good player myself.”