Win streaks to clash as TCU takes on Georgetown 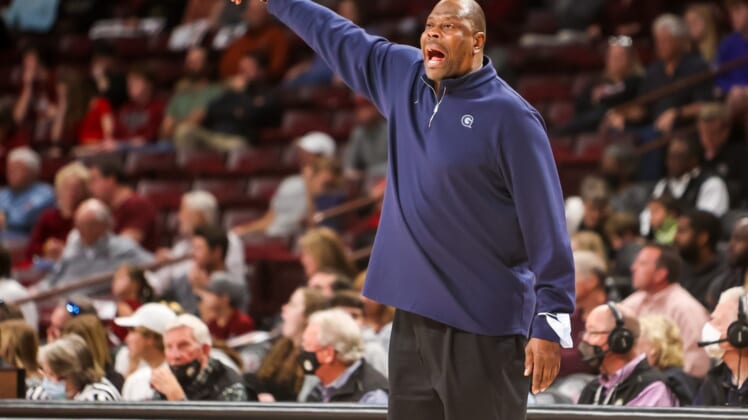 TCU will put to the test a five-game winning streak and the early momentum it has created in a matchup with surging Georgetown on Saturday as part of the Big East-Big 12 Battle at Washington, D.C.

The Horned Frogs and Hoyas will face off for the first time ever, and both teams feel they have something to prove.

“I told my guys we got a win over a Pac-12 team in Utah, an SEC team in Texas A&M and now let’s go get one over a Big East team,” Dixon said. “That’s our mentality moving forward in this stretch of the season.”

Georgetown (6-4) has won three consecutive games, the most recent an 85-73 victory at home over Howard on Wednesday.

The Hoyas shot 55.2 percent from the floor and earned a 41-30 edge in rebounding despite having only seven scholarship players available because of injury or illness.

“It’s all about taking advantage of your opportunities,” Georgetown coach Patrick Ewing said. “We worked on going small in shootaround, we went small, and the guys did a great job. It was just a great effort by everyone.”