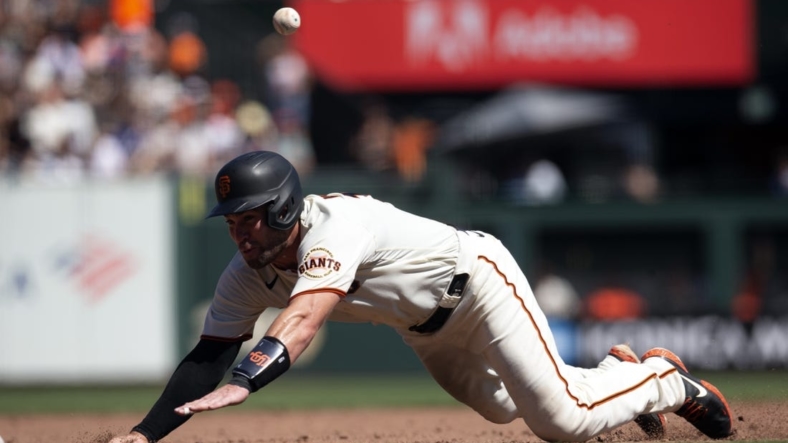 Wilmer Flores lined a two-out, two-run home run in the bottom of the ninth inning Sunday afternoon as the San Francisco Giants, after blowing a late three-run lead, completed a three-game sweep over the visiting Philadelphia Phillies with a 5-3 victory.

With their eighth walk-off win this season, the Giants kept their flickering hopes alive in the National League wild-card race, moving within eight games of the Phillies for the last playoff spot.

Flores’ heroics came after the Phillies’ J.T. Realmuto had belted a three-run, game-tying homer in the eighth, erasing all of a 3-0 deficit.

Camilo Doval (5-6) pitched a scoreless top of the ninth, setting the stage for Flores’ 17th homer of the season. It came two batters after Bryce Johnson drew a leadoff walk from the Phillies’ fifth pitcher, David Robertson (3-2).

The loss was the Phillies’ fifth on a six-game Western swing. The walk-off defeat was their fifth of the year.

Realmuto’s homer came after Giants starter Carlos Rodon was pulled after throwing 106 pitches in six shutout innings. He held the Phillies to five hits over that stretch, with two walks and 10 strikeouts.

After Alex Young threw a 1-2-3 seventh with two strikeouts to retain a 3-0 lead, the Phillies drew even against John Brebbia. Alec Bohm and Bryce Harper stroked one-out singles and Realmuto hit his 15th homer of the season.

Before the ninth, the Giants had done all of their scoring in the fourth inning against Phillies starter Ranger Suarez. LaMonte Wade Jr., Austin Wynns and Johnson each drove in a run with a single.

Suarez was done after completing the inning, charged with three runs on four hits. He walked two and struck out four.

Flores and Wade had two hits apiece for the Giants, who now kick off an eight-game trip with three against the Los Angeles Dodgers, beginning Monday night.

Bohm had three singles for the Phillies, who begin a six-game homestand against Miami and Washington with a matchup against the Marlins on Tuesday.