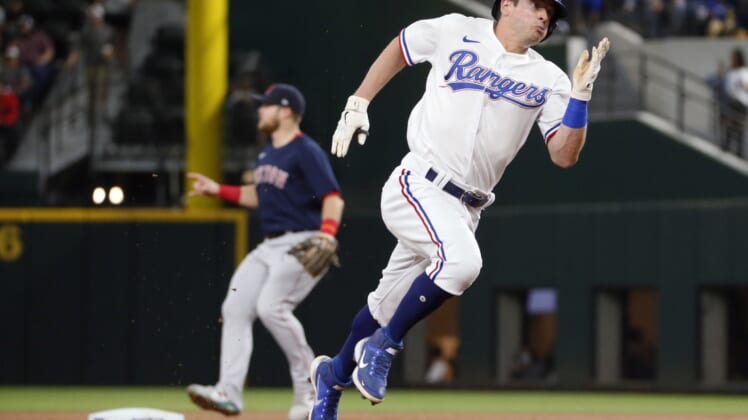 Isiah Kiner-Falefa homered and tripled among three hits as the Rangers won for just the third time in their last nine games. Calhoun also had three hits.

Hunter Renfroe hit a two-run homer for the Red Sox, who lost for only the second time in their last six.

The Rangers trailed 5-4 when Jose Trevino singled off reliever Matt Andriese (0-1) with one out in the sixth. Calhoun stepped in and crushed the first pitch he saw down the right-field line for a 6-5 Texas lead.

Kiner-Falefa’s RBI triple with two outs in the inning gave Texas a two-run advantage, but Boston got one back in the top of the seventh. Xander Bogaerts led off with a double, stole third and scored on a sacrifice fly by Christian Vazquez.

After Joely Rodriguez got Bogaerts to ground out with the bases loaded and two outs in the eighth, Charlie Culberson doubled home an insurance run in the bottom of the frame.

Ian Kennedy struck out the side in order in the ninth for his sixth save. Josh Sborz (2-1) earned the win.

Boston tied the score at 3 in the fourth before J.D. Martinez and Bogaerts hit run-scoring singles off reliever Taylor Hearn an inning later for a 5-3 edge. Hearn loaded the bases with no outs before punching out two to escape the jam with no further damage.

Kiner-Falefa went yard leading off the bottom of the fifth to get the Rangers back within one.

Renfroe put the visitors up 2-0 in the second inning with a blast into the second deck in left field. Texas went ahead with a three-run third, Nate Lowe singling home a pair with the bases loaded and two outs.