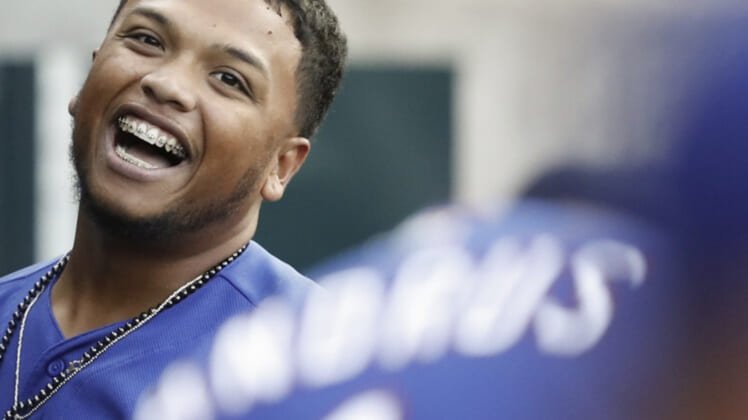 We often see runners tag up and score on a deep flyball to the outfield. On Wednesday, Willie Calhoun raised the stakes.

In the third inning of Wednesday’s game with the Detroit Tigers, Texas Rangers first baseman Ronald Guzman smoked a ball to centerfield. Detroit centerfielder JaCoby Jones made a nice catch, running into the wall. Calhoun tagged up and scored…from second base.

Full credit to Calhoun on this play.

A play like this is only possible if he’s running hard the entire time. He could have just as easily cruised into third and set himself up to be brought in on a more traditional sacrifice fly.

Obviously he was having none of that.