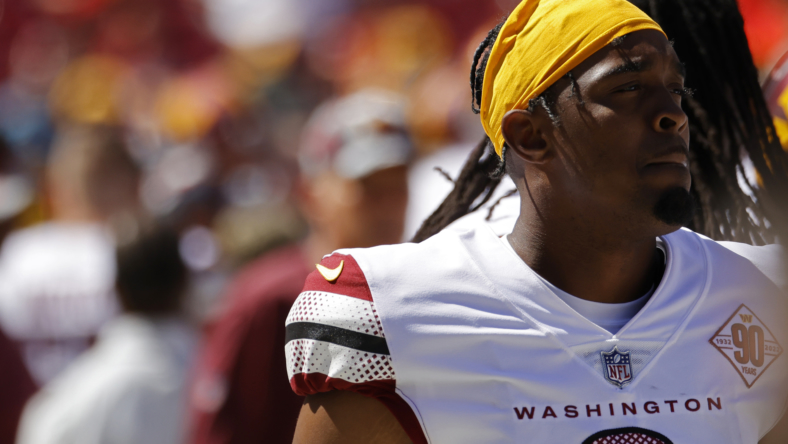 Veteran cornerback William Jackson is the latest player on the trade block that has actually been dealt ahead of the NFL trade deadline Tuesday afternoon.

According to NFL Media’s Ian Rapoport, the Washington Commanders have dealt Jackson to the Pittsburgh Steelers.

Jackson, 30, has long been on the trade block. Due to a combination of a back injury and his status as a disgruntled member of the Commanders, Jackson has not suited up since Week 5. He previously requested a trade. The former Cincinnati Bengals first-round pick was not happy with his role and fit in Washington. He now gets a change of scenery. The deal is expected to swap late-round picks, nothing else.

For Pittsburgh, this move comes hours after the team traded wide receiver Chase Claypool to the Chicago Bears. It seems the team is not yet in complete rebuild mode and wants to see what Jackson brings to the table.

The No. 24 pick of the Bengals out of Houston back in 2016, Jackson has had an up and down career. He started 48 games with the Bengals in four years, recording 41 passes defended and just three interceptions.

Jackson then signed a three-year, $40.5 million deal with the Commanders back in March of 2021. He has not come close to living up to that billing. In his first season with the Commanders, Jackson yielded a 100.4 QB rating when targeted. It has not been much better in 2022.

Pittsburgh has Cameron Sutton set to hit free agency this coming summer. The hope is that a change of scenery helps Jackson as he makes the move back to the AFC North.