Will the Washington Redskins Part Ways with Robert Griffin III? 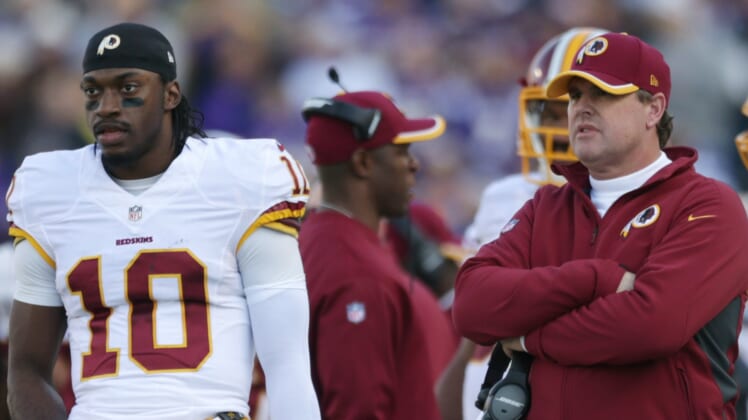 Washington Redskins owner Daniel Snyder has been one of Rober Griffin III’s biggest supporters since the team traded away their future for the former Heisman Tropy Award winner prior to the 2012 NFL draft. It even got to the point where Snyder’s view of RGIII pretty much ended his relationship with former Redskins head coach Mike Shanahan, who was fired following a disappointing 2013 season.

Now at 3-7 on the season and completely out of the NFC Playoff picture, drama seems to be heating up big time in D.C.

Following the team’s embarrassing 27-7 home loss to the then one-win Tampa Bay Buccaneers on Sunday, RGIII took the podium to answer questions from an increasingly skeptical Redskins press group.

And to say it didn’t go too well would be an understatement.

By now, you have most likely seen or heard the comments that RGIII made following another disastrous overall team performance. While that quote in and of itself may have been taken out of context, it’s rather clear at this point that RGIII appears to be a lone dog in the Redskins’ locker room.

Courtesy of CBS Sports: RGIII appears to be a lone dog in the Redskins locker room.

For the purposes of full disclosure, here is RGIII’s statement in full (via Washington Post)

We were playing good team ball (back in 2012). It takes 11 men. It doesn’t take one guy, and that’s proven. If you want to look at the good teams in this league and the great quarterbacks, the Peytons and the Aaron Rodgers, those guys don’t play well if their guys don’t play well. They don’t. We need everybody. I need every one of those guys in that locker room, and I know they’re looking at me saying the same thing.

There isn’t a whole heck of a lot wrong with these comments when you understand the full context. However, RGIII did talk about how other great quarterbacks don’t play well when their teams struggle. That in and of itself is 100 percent false. Elite quarterbacks find a way to win despite less-than-stellar play from the rest of the team. These statements also represent a disconnect between RGIII and other players on the team, especially considering DeSean Jackson’s cryptic response on social media later in the day.

Of course, this doesn’t even take into account head coach Jay Gruden absolutely laying into RGIII in his presser on Monday afternoon (via NFL.com).

Robert had some fundamental flaws. His footwork was below average. He took three-step drops when he should have taken five. He took a one-step drop when he should have taken three on a couple occasions and that can’t happen. He stepped up when he didn’t have to step up, and he stepped into pressure. He read the wrong side of the field a couple times.

So, from his basic performance just critiquing Robert, it’s not even close to good enough to what we expect from the quarterback position.

Gruden even went as far to elaborate on the performance of the opposing team’s quarterback in comparison to his own.

I am not normally a fan of head coaches calling out their quarterbacks. It’s a special relationship and unlike any other in the NFL world. But in this case, Gruden’s frustration was evident, especially after RGIII himself sounded off following Washington’s embarrassing performance on Sunday.

Not to be outdone, RGIII himself seemingly responded to Gruden’s Monday afternoon presser on social media.

I would never throw my teammates under the bus! I take responsibility for my play & will play better. #HTTR

So many different layers to this story, but one thing is clear. Gruden is not happy with his team in general, and his quarterback in particular. Once the coach loses faith in his signal caller perform basic quarterbacking tasks such as reading the defense and understanding the pressure, that’s when the coach has to start talking about a potential change at that position.

All the negative media attention aside, RGIII simply hasn’t performed like a franchise quarterback since his rookie season. He’s 1-8 in his last nine starts with that one win coming after he was replaced by Kirk Cousins following three pass attempts against the Jacksonville Jaguars in Week 2. Over the course of those nine games, RGIII has tallied a total of nine touchdown passes compared to six interceptions. This season alone, the former No. 2 overall pick has thrown just two touchdowns in four starts (100 pass attempts).

Now at 3-7 on the season and prepared to play out the string, Washington’s coaching staff is going to go into full scale analzying mode. Every single player on the roster will be put under a microscope to see whether he fits into the long-term plans of the fledgling franchise. 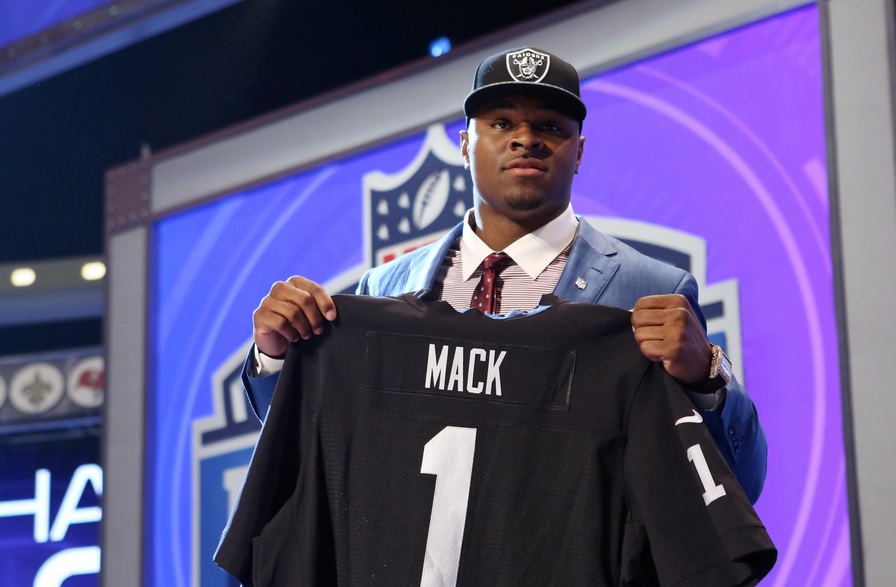 Courtesy of USA Today: Redskins need to look at RGIII as an individual, not the part of a failed trade.

Sure the Redskins would love to have Khalil Mack with one of the picks they gave up for RGIII, but at some point the team needs to move on from that mentality and view RGIII as an individual entity. One player that’s not holding up his end of the bargain. It would be an admission of failure on the part of the front office, but it’s something that needs to happen. Good franchises admit their mistakes and move on.

A case study would be the San Francisco 49ers. Their 2012 draft class was among the worst in the history of the franchise. But two years later, only one player from that class remains on the roster. Teams need to have long-term visions, but they also must have short-term memories.

Three first-round picks and a second-round pick has proven to be an incredibly high price to pay for an average starting quarterback in the NFL. However, it will end up becoming a much higher price for the future of the franchise should the Redskins find themselves in this very same position when the 2015 season comes calling. 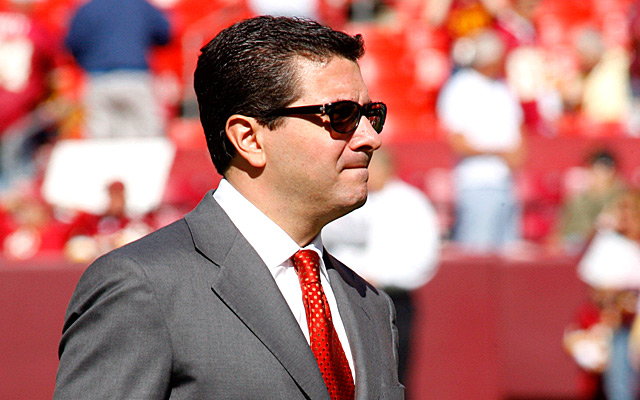 So, decisions need to be made.

Is RGIII the answer?

If not, who is the answer?

The answer to these two questions will go a long way in determining whether Washington sticks with RGIII or attempts to trade him in the offseason.