Will the Patriots continue to play the rest of the NFL like a fiddle?

“To easily and deftly manipulate someone to suit one’s own needs, ends, or benefits.”

That’s the official definition of playing someone like a fiddle.

It’s also pretty much how we can define what the defending champion New England Patriots have done to the rest of the NFL world over the past couple weeks.

It’s at that point when Bill Belichick and his henchmen call, the rest of the league should simply hang up.

Either way, it really is time for NFL teams to stop trading with the biggest power brokers in Boston since tea party became part of our lexicon. 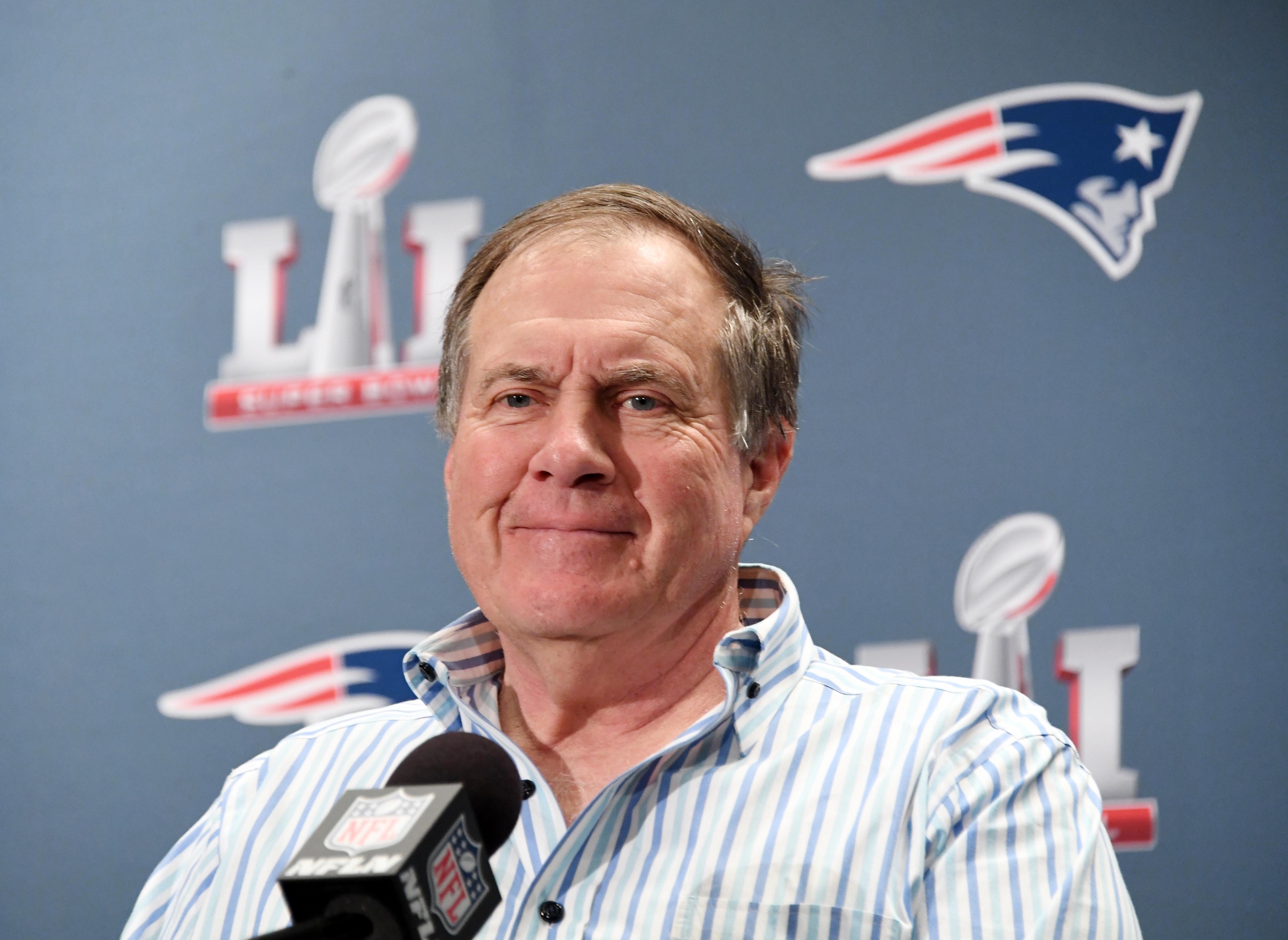 New England’s ability to manipulate the current NFL system has become a thing of beauty this offseason.

It started when the Patriots traded a fourth-round pick to the Indianapolis Colts for tight end Dwayne Allen and a sixth-round pick. Forward thinking as they have always been, the Pats quickly (and cheaply) filled a hole that would be left by the eventual departure of Martellus Bennett.

In doing so, New England received a much better blocking tight end and someone who will act as a major threat in the red zone. It did so while adding less than $5 million to the team’s 2017 salary cap.

One can’t say Indianapolis lost out too much in this deal. It saved $17-plus million in cap room over the next three years, some of which was used to re-sign Jack Doyle. Even then, a move up some few dozen picks in the mid-rounds of the 2017 NFL Draft wasn’t exactly what we’d call value here.

Within 13 months, Ealy would find himself traded to a team coming off its fifth Lombardi Trophy of the past 18 years. For the Patriots, he came at the cost of swapping out the last pick in the second round for Carolina’s early third-round selection in the upcoming draft (more on that here).

Sure Ealy is coming off an unproductive five-sack campaign for Carolina. But still just 25 years old, he offers a ton of upside. It’s just a repeat of previous trades New England has made for reclamation projects. Should it not work, all the team yielded was a measly few spots in Day 2 of the 2017 NFL Draft.

This came after the Saints reportedly turned down a deal from the Titans that would have given them the 18th pick in the draft. Instead, New Orleans settled for the 32nd pick as well as a swap of third and fourth rounders (more on that here).

That’s an absolute steal for a 23-year-old receiver that has combined for 162 receptions, 2,311 yards and 17 touchdowns over the past two seasons. Cooks immediately becomes the Patriots’ No. 1 receiver and all it costed was technically a late first-round pick. Whew.

So, let’s break down these three trades before delving into the crux of the point.

If you think that’s insane, take a gander at this.

New England has two trade chips currently on the roster, both of whom could net the team at least a first-round pick. Of course, we’re talking about backup quarterback Jimmy Garoppolo and Super Bowl hero Malcolm Butler.

Garoppolo himself is expendable simply due to the presence of future Hall of Famer Tom Brady under center. Brady himself wants to play for three-to-five more years. And based off what we saw from him this past season, regression itself is unlikely during that span.

For his part, Garoppolo is set to become a free agent following the 2017 season. Short of New England placing the franchise tag on him, it faces the possibility of losing the former second-round pick for free.

The master manipulator that he is, Patriots head coach Bill Belichick has leaked to the media that his team isn’t going to trade Garoppolo under any circumstance. That came in between reports that the team would move him for the right price, which was then said to be the No. 1 overall pick from the Cleveland Browns.

That is what we’d call acting the part of Geppetto to the media’s Pinocchio. 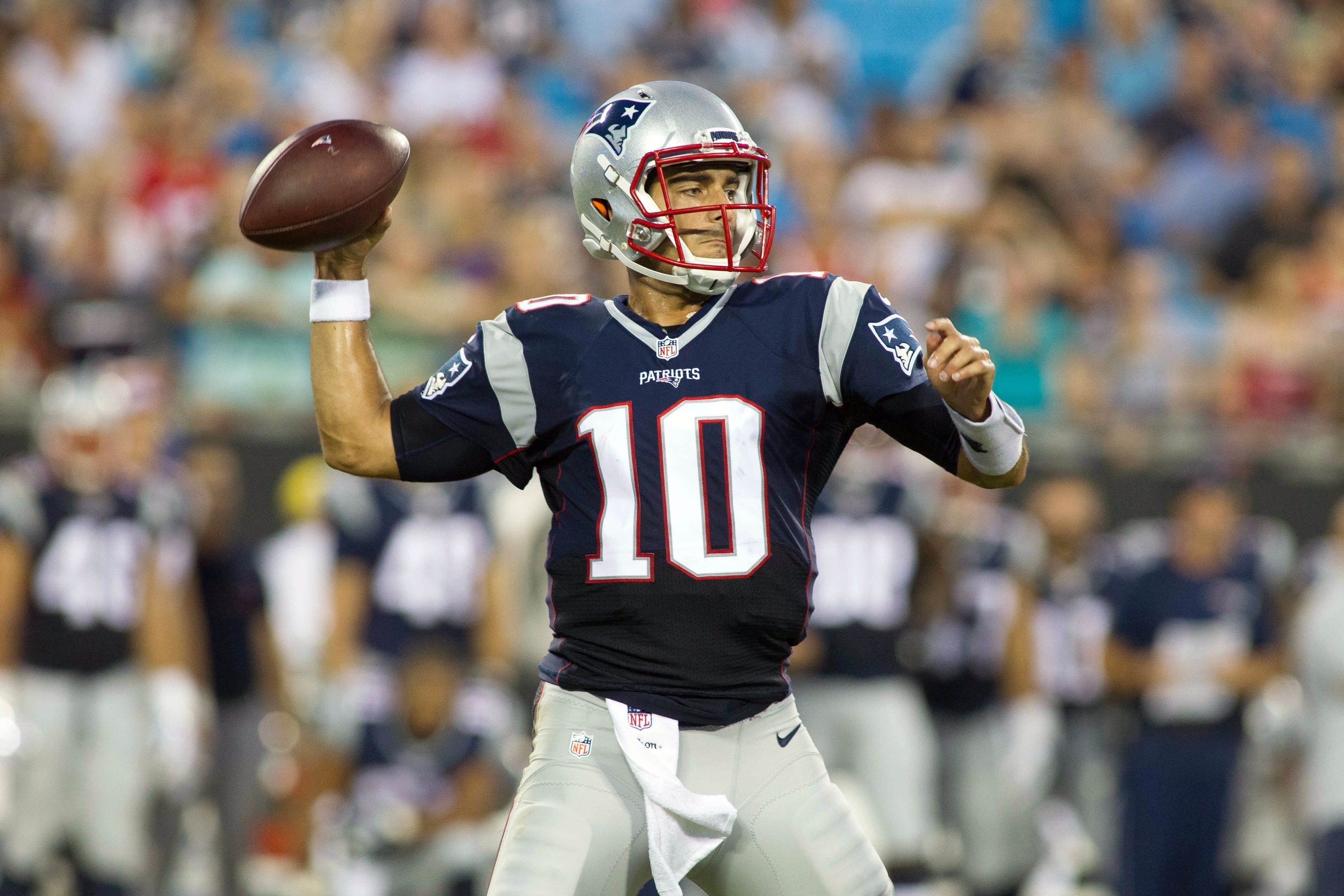 New England would trade Garoppolo for the right price. Cleveland is in absolute love with the backup quarterback. It’s a love that anyone outside of my fictional romance with Carrie Underwood wouldn’t understand.

Flush with two first-round picks and two second-round picks this year, Cleveland has the ability to pay top price for Garoppolo. Add in the fact that it now has three second-round picks next year (thanks Houston), and Hue Jackson’s squad could likely up the ante from the offer of the 12th pick it reportedly made earlier in the month.

Yes, this means New England might very well be able to move its backup quarterback for multiple early-round picks, potentially recouping its first-rounder this season in the process.

Speaking of recouping picks, is it possible that New England turns around and deals Butler to the Saints for the 32nd pick? Wouldn’t that be the ultimate troll job?

A restricted free agent, Butler is open to the idea of signing with the Saints. New Orleans itself is in need of a cornerback and has met with Butler. It’s a match made in heaven. Such a signing would also force the Saints to give up their original first-round pick in the draft (11th overall).

While that seems a bit ridiculous, there’s a scenario in play here that suggests the Saints and Pats could work out a deal that would include New England receiving the 32nd pick back in return.

Some may conclude that losing Butler would be a huge blow to the Patriots. That’s until we realize they stole former first-round pick Stephon Gilmore from the division-rival Buffalo Bills in free agency. Gilmore was considered the top free-agent defensive back on the market.

And much like a ninja in the dark of the night, Belichick took out his tools and went to work. New England picked Gilmore up after reports had suggested that he might be on the verge of taking a larger deal with the Chicago Bears.

While Gilmore might not be considered an upgrade over Butler, replacing the latter with the former while picking up a first-round pick is one heck of a deal.

All the while, New England retained Pro Bowl linebacker Dont’a Hightower. It also picked up all-everything running back Rex Burkhead on the cheap while trading for three core pieces.

If history is any indication, it’s going to happen.