Will Smith, Trayce Thompson homer as Dodgers down Rockies 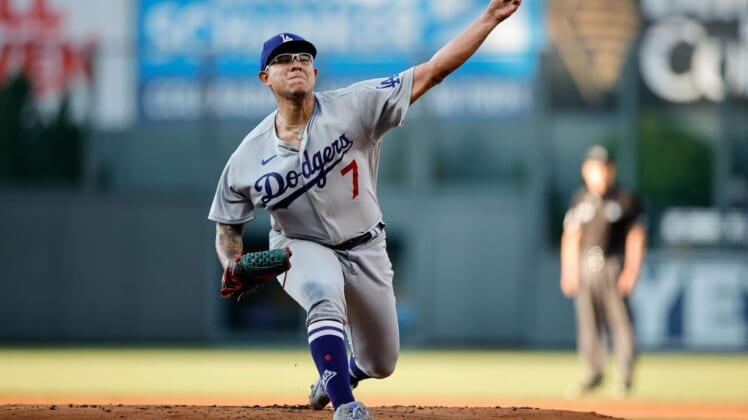 Will Smith and Trayce Thompson homered and had two hits each, Jake Lamb also had two hits, and the Los Angeles Dodgers beat the Colorado Rockies 5-4 on Friday in Denver.

Julio Urias pitched seven strong innings and Craig Kimbrel allowed two runs in the ninth before notching his 18th save for the Dodgers, who have won six in a row over Colorado.

Jose Iglesias, Randal Grichuk and Kris Bryant had two hits each for the Rockies, who fell to 2-6 since the All-Star break.

Los Angeles jumped out in front in the first inning. Trea Turner hit a one-out single, and with two outs, Smith hit his 15th home run to left, putting the Dodgers 2-0.

Los Angeles doubled the lead in the second. Cody Bellinger hit a one-out double and Thompson homered to center field, his fourth of the season.

Colorado got the two back in the bottom of the second. Iglesias doubled and scored on a triple by Grichuk. Ryan McMahon hit a sacrifice fly to center to drive in Grichuk and make it 4-2.

That was all Colorado managed against Urias (10-6), who held the Rockies to four hits and no walks while fanning four.

The Dodgers increased the lead to 5-2 in the third. Freddie Freeman led off with a walk and stole second. Smith walked, and Lamb reached on an error to load the bases with no outs.

Gavin Lux drove in Freeman with a sacrifice fly, and Rockies starter Chad Kuhl walked Max Muncy to reload the bases. However, Kuhl struck out Bellinger and Thompson to limit the damage to one run.

Los Angeles’ Mookie Betts led off the fourth with a triple but Kuhl got the next two before hitting Smith with a pitch and walking Lamb to load the bases. Ryan Feltner came on and got Lux to ground out, keeping it a three-run game.

Colorado nearly came back in the ninth. Bryant and Brendan Rodgers singled and Iglesias walked to load the bases with two outs. Grichuk hit a two-run single, but McMahon flied out to left to end the game.