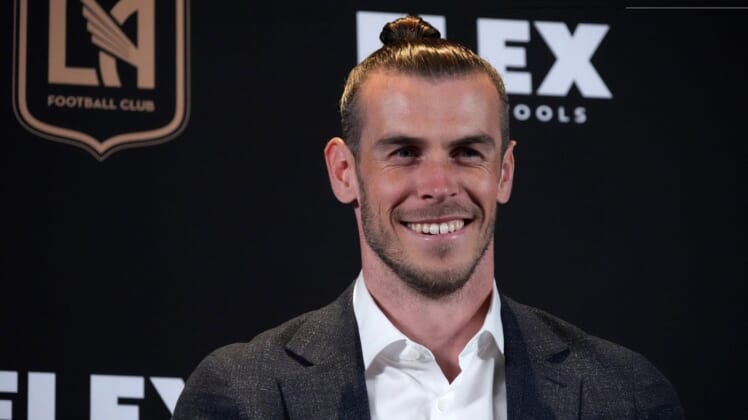 It remains to be seen if Los Angeles FC’s newest, high-profile, additions will finally be ready to feature Sunday night as the club looks for some needed road success. But coach Steve Cherundolo noted that both Giorgio Chiellini and Gareth Bale will travel with the club to Nashville.

Meanwhile, Nashville SC will again try to win back-to-back matches for just the second time this season, when they face LAFC for the first time Sunday night.

Los Angeles FC (12-4-3, 39 points) introduced Italian legend Chiellini on June 13, and Welsh star Bale signed with the club a couple of weeks later, but neither has yet played for their new team.

“Adding new players, especially in the summer transfer window, is tricky, because these players are coming off of an offseason, so they’re doing their preseason during our season,” Cherundolo said of Chiellini, 37, and Bale, 33. “They are being integrated as fast as possible, but I think it’s also smart to give them time.”

He also pointed out that “Anybody who travels is ready to get minutes. So, how probable is it? We’ll have to see. But both are in a good spot to contribute to the group.”

Their lone defeat since mid-May came on the road, as LAFC are just 1-2-1 away from home since the end of April.

Nashville (8-6-6, 30 points) beat Seattle 1-0 at home on Wednesday for just their second victory in six league contests. Still third in the Western Conference behind Austin FC and LAFC, Music City look to build some consistency, having last won consecutive games in early April.

However, Nashville coach Gary Smith lauded his team’s defensive effort against the Sounders after they had yielded nine goals in the previous three matches.

“When you concede goals, it’s easy to say we look out of sorts,” Smith said. “But we’ve seen some really good displays, and (against Seattle), I think (we were) able to nail all the particular qualities that it takes to be a very, very good team.”

With 14 goals over all competitions (including three in three U.S. Open Cup matches), Nashville’s Hany Mukhtar is one of the league’s top players. He has five goals while scoring in a club-record four consecutive MLS contests.