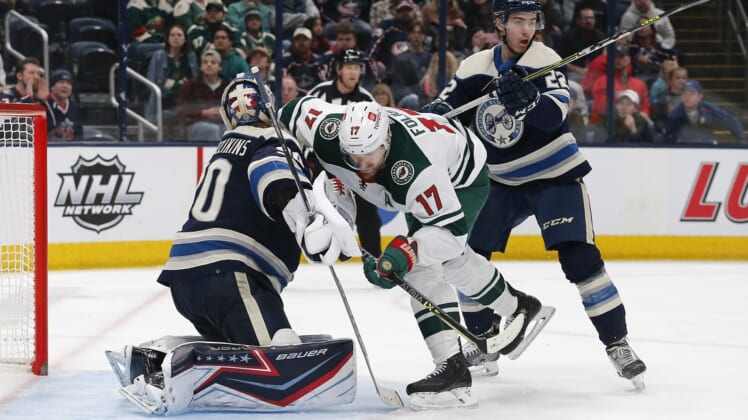 The penalty is the maximum allowable under the league’s collective bargaining agreement.

Foligno delivered the hit to Voracek late in the third period of Friday’s game. There was no penalty called on the play.

Voracek left the contest briefly before returning the bench, however he did not play in the remainder of the Blue Jackets’ 3-2 shootout win in Columbus.

Foligno has recorded career-high totals in goals (19), points (31) and penalty minutes (95) in 53 games this season, his fifth with Minnesota and 11th in the NHL.