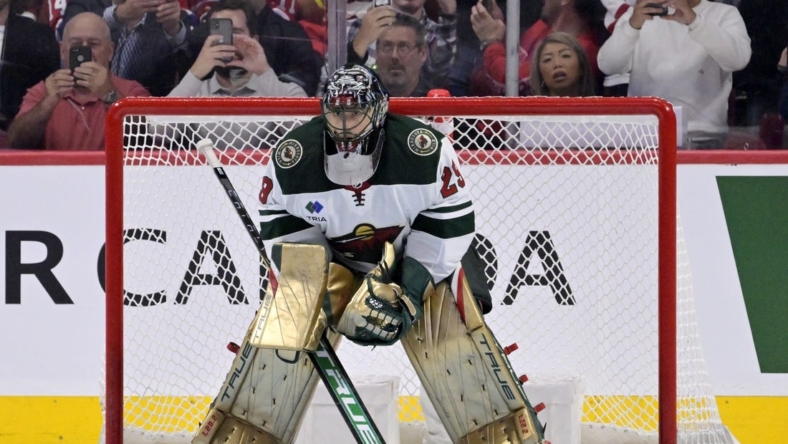 Kirill Kaprizov and Frederick Gaudreau each had a goal and an assist and Marc-Andre Fleury made 27 saves as the Minnesota Wild collected a 4-2 win over the host Ottawa Senators on Thursday.

Mats Zuccarello and Ryan Hartman also scored for the Wild, who are on a four-game point streak (3-0-1).

The loss ended the Senators’ four-game winning streak, all on home ice. A win would’ve given Ottawa a new franchise record for most consecutive home victories to begin a season.

Alex DeBrincat had a goal and an assist for the Senators, while Thomas Chabot had Ottawa’s other goal.

Fleury stopped 27 of 29 shots, none bigger than a save-of-the-year candidate on DeBrincat late in the first period. The forward seemingly had an open net before Fleury robbed him with an excellent glove stop.

DeBrincat did score 3:47 into the game to give Ottawa the early lead, but Minnesota responded with two goals before the end of the first period. Kaprizov was involved in both scoring plays, first with an assist on Zuccarello’s power-play goal at the 7:53 mark.

With less than two minutes remaining in the frame, Kaprizov put the Wild ahead on his fifth goal of the season. The forward used some impressive stick work to redirect Jared Spurgeon’s point shot past goalie Anton Forsberg.

The Wild continued to control the action in the second period, outshooting the Senators by a 17-9 margin in the frame. The pressure resulted in a score at the 4:25 mark, with Hartman firing from the slot for his first goal of the season.

The Senators narrowed their deficit 4:03 into the third period when Chabot scored during a 5-on-3 power play.

Ottawa went on the power play again in the final three minutes, and coach D.J. Smith elected to pull Forsberg to give the Senators a 6-on-4 advantage. The strategy backfired, as Gaudreau forced a turnover and scored into an empty net at the 17:39 mark.