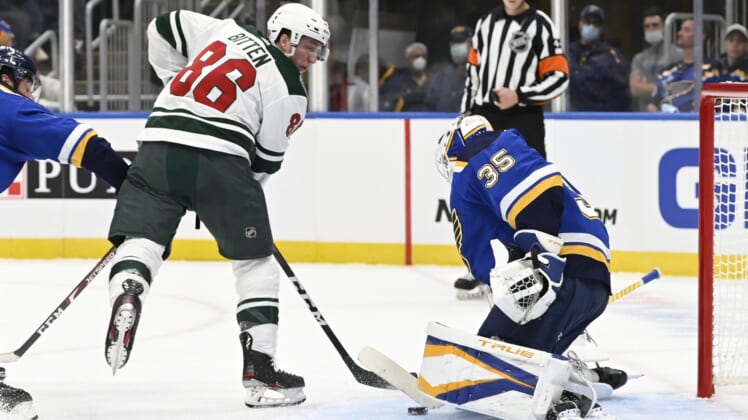 He has 12 points (three goals, nine assists) in 20 games this season with the AHL’s Springfield Thunderbirds.

Bitten, 23, was a third-round pick in the same draft by Montreal. The Canadiens traded him to Minnesota for defenseman Gustav Olofsson in October 2018.