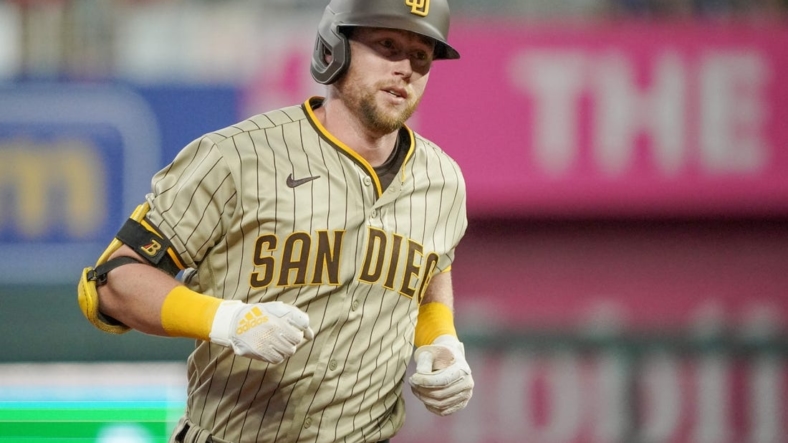 Wil Myers had a double and a home run among his three hits, and he added three RBIs, as the San Diego Padres pounded the Royals 13-5 Friday night in Kansas City.

Jose Azocar added a career-high four hits for the Padres.

It was the Padres’ first visit to Kauffman Stadium since 2002 and just their second trip to Kansas City all-time.

Royals utility player Hunter Dozier pitched the ninth for Kansas City, making him the third position player to pitch this season for the team.

The Padres, who had scored three runs or fewer in six straight games coming in, plated three runs in the first inning. Manny Machado drew a two-out walk, followed by a single by Brandon Drury. Josh Bell singled in Machado and Myers, a former top prospect of the Royals, lined a double to right center that scored Drury and Bell.

The Padres were back at it in the second. Azocar singled with one out. He scored on Jurickson Profar’s two-out double.

Myers hit a solo home run in the third, followed immediately by a blast from Jake Cronenworth.

Ha-Seong Kim gave the Padres a little cushion in the sixth with an RBI single. The Padres scored four more in the seventh on five hits.