Why the Broncos are a playoff contender after Jerry Jeudy pick 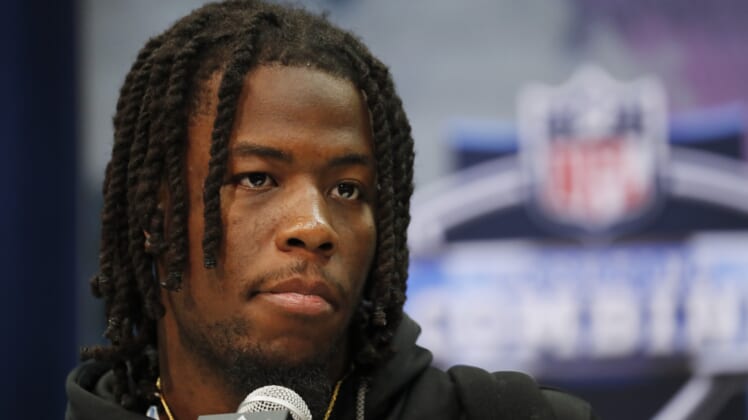 General manager John Elway and the Denver Broncos were looking to trade up from the 15th selection of the first round Thursday night.

That’s when everything changed. Once the Las Vegas Raiders selected Henry Ruggs and the San Francisco 49ers traded down one spot for a defensive tackle, Denver was sitting pretty.

It was not a well-kept secret throughout the pre-draft process that Elway wanted to add another young receiver to go with Courtland Sutton. The target was Ruggs’ former teammate with Alabama, Jerry Jeudy.

Everything worked out to perfection for Denver. It nabbed Jeudy with the 15th selection and did not look back.

The steal of Day 1: In no uncertain terms, Denver picked up the best player available at a position of need in Jeudy. His body of work and the tape speaks for itself.

The measurements are just absolutely absurd, too.

Specifics: More than anything, Jeudy already boasts a polished skill set for the NFL game.

The fit: Denver already has a young Pro Bowl receiver in Courtland Sutton. Jeudy complements what he does well.

The Drew Lock dynamic: Denver did not envision Lock being able to start as a rookie. Hence, the team trading for a washed Joe Flacco.

I have been quick to criticize what Elway has done as general manager in recent years. If I am going to go about said criticism, it’s only fair to prop Elway up when he does well. He did just that Thursday night, and has been darn solid throughout the offseason.

Adding Jeudy to go with a skill-position group that already includes Sutton and fellow Pro Bowler, running back Melvin Gordon, was absolutely tremendous.

It might not be enough for Denver to compete with the Kansas City Chiefs in the AFC West next season. But the team is going to be a wild-card contender. From there, these rebuilt Broncos are only going to get better.