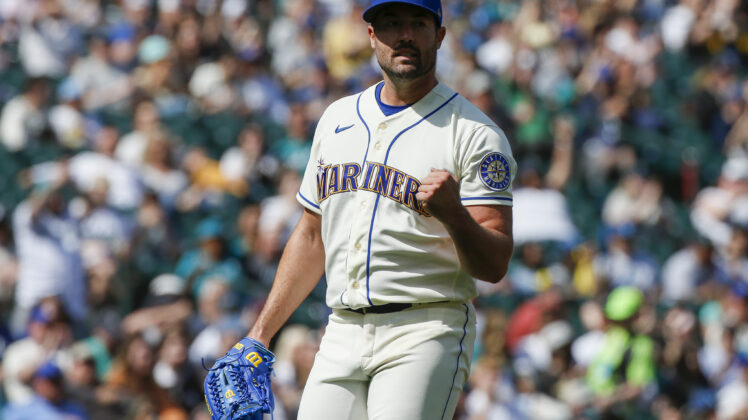 The Seattle Mariners were one of the surprise teams of the 2021 MLB season and one of the more active ones in the following offseason.

Manager Scott Servais’ team is off to a plausible 11-8 start, which is good for second place in the American League West. Looking to build on their auspicious 2021 campaign, the Mariners are in prime position to break their historic 20-year MLB playoff drought.

Here are three reasons why the Mariners will make the 2022 MLB Playoffs.

Starting pitching was the Mariners’ strong suit last season, and that part of their club looks even better in the raw stages of the 2022 season.

Ray’s arrival adds credibility to a rotation that made strides across the previous two seasons. The veteran southpaw, who won the 2021 AL Cy Young Award, has found success by primarily leaning on his four seamer and slider. He’s posting strikeouts at a high rate and providing length.

Chris Flexen, who was arguably Seattle’s best pitcher in 2021, has picked up where he left off. The recently reliever-turned-starter owns a combined 3.58 ERA across his last 35 MLB starts. Marco Gonzales continues to be a sturdy veteran starter for the Mariners. He’s keeping them in games and finding success with his consistent, four-pitch arsenal: changeup, sinker, cutter and curveball.

The early development for the Mariners is 24-year-old right-hander Logan Gilbert. After an encouraging 2021 showing, Gilbert has been as good as any starting pitcher in the sport this season. He’s surrendering minimal baserunners, stranding runners and giving the Mariners an optimum chance to win.

All the while, Matt Brash is holding his own in his first licks as an MLB starter. A once respectable rotation looks like one of the better units in the sport.

Seattle Mariners’ lineup is improved and has upside

Seattle had one of the worst offensive attacks in the sport last season. The frustrating part for their sake was a lot of players in their everyday order being formerly touted prospects. This season, some of those players are coming along and they’re accompanied by a handful of proven commodities.

Ty France is raking. He’s the Mariners’ leading offensive catalyst, generating offense and driving in runners for days from the right side. Shortstop J.P. Crawford is getting on base at a high level, hitting .343 and slapping base hits all over the place. Top outfield prospect Julio Rodriguez is getting everyday reps.

Infielder Abraham Toro and catchers Tom Murphy, Luis Torrens and Cal Raleigh provide a degree of power. While he’s off to a rough start, Mitch Haniger has been there, done that. He’s a compact right-handed hitter and the heart and soul of this team. Outfielder Jarred Kelenic is still relatively raw.

Frazier is a smooth, contact hitter and fielder. Winker recently came into his own as a lethal left-handed masher who’s a force to be reckoned with in the middle of an order. Suarez is one of the better power-hitting third basemen in the sport.

There are young players coming into their own, youngsters trying to get their feet beneath them and a handful of productive veterans in the Mariners’ positional depth chart. This is an order that should complement itself well when the dust settles.

Seattle Mariners are currently the best team in the AL West

Yes, the Los Angeles Angels, 13-7, hold first place in the AL West. That said, the Mariners are the best team in the division.

The Angels have a could-be electric team, but it’s dangerously reliant on health and a habitually shaky starting rotation settling down; four of their best players have lengthy injury histories of late (Mike Trout, Shohei Ohtani, Anthony Rendon and Noah Syndergaard). 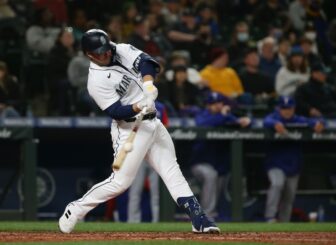 The Houston Astros are the most proven team in the AL West and the club to beat until proven otherwise. At the same time, they’re off to a bumpy start and without Jose Altuve for the foreseeable future. It’s early, but the Texas Rangers’ $561 million offseason isn’t yielding more victories. While they’ve been impressively competitive in the wake of their offseason fire sale, the Oakland Athletics figure to be no more than a mere .500 team.

Seattle has strengthened its strength, improved its weakness and has a manageable divisional environment. They’re deep and oozing with upside more than any team in the AL West. Last season, they were a flawed 90-win squad. Now they’ve shored up loose ends, and the stars are aligning.

The sky’s the limit for the Mariners.