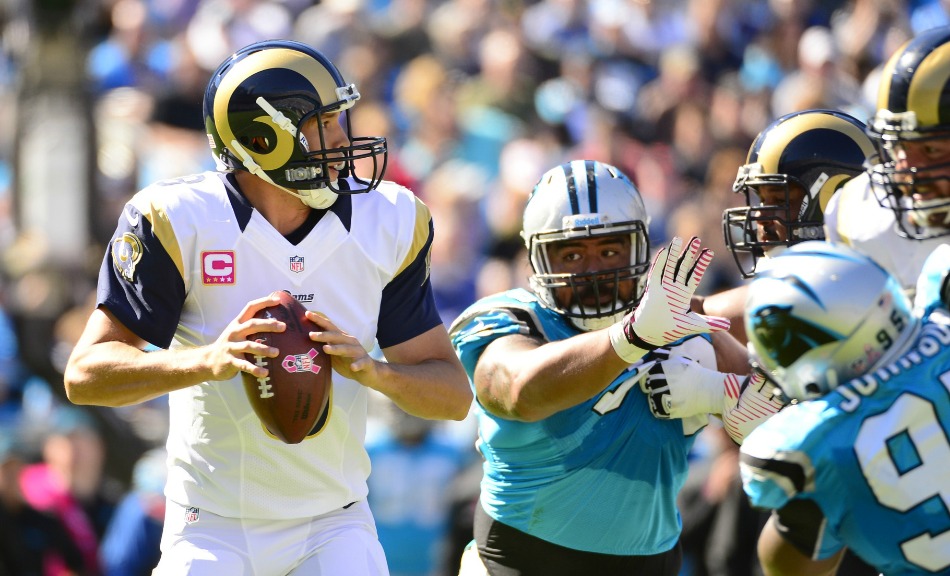 Among a flurry of moves that kicked off free agency, one deal shook the NFL’s spectrum to its core. More shocking than Jimmy Graham’s new residency in Seattle was Sam Bradford’s departure from the St. Louis Rams. Chip Kelly and the Eagles have set their offseason goals on finding a franchise quarterback, and many assumed that meant Heisman Trophy winner Marcus Mariota.

Kelly took the road less traveled yet again, surprising many by making the move that sent Bradford to Philadelphia. The deal sent Eagles’ quarterback Nick Foles, a 2016 second-round pick and a 2015 fourth rounder to St. Louis. It also included multiple clauses protecting Philadelphia from a Bradford injury. The Eagles’ skipper proved yet again that he is not afraid to make the move he thinks is best, this time redirecting his franchise off course of the norm.

However, the reactions to Bradford have not been all positive.

Signing Murray would be somewhere between a "making it up as we go" move, and "taking advantage of unique chance." Depends on $$

I'm an eternal optimist. Don't like the Sam Bradford trade and not sure this is all over. But as the Eagles QB, he'll have my support.

Despite health concerns or just plain lack of ability, Bradford has connections to the Eagles, and may be a better fit than some surmise.

Eagles right tackle Lane Johnson was Bradford’s tight end at Oklahoma, and new Eagles running back DeMarco Murray roomed up with Bradford in college. But it is the bond with Eagles’ offensive coordinator Pat Shurmur that tipped the scale on Bradford to Philadelphia. Shurmer was the offensive coordinator in St. Louis when Bradford was taken first overall back in 2010. He guided the injury-riddled gunslinger to an NFL Rookie of the Year campaign.

Personal connections aside, Bradford simply works for Kelly. A smart quarterback with excellent pocket presence, Bradford also possess a much stronger arm than either Foles or backup Mark Sanchez. Foles often looked like a lost puppy in the pocket for the Eagles, an area Bradford has experience in after being sacked at least 34 times in each of his first three seasons. Bradford’s quick release, strong arm, and veteran-level pocket presence make him an ideal candidate to lead the Eagles offense this season, at least compared to the team’s alternatives.

The only remaining question is whether Bradford is the team’s long-term answer at quarterback. Rumors are circulating that Bradford will be a trading-chip should the Eagles make a move for Mariota. Kelly assessed this belief at a press conference on Wednesday saying that he “was the only Chip” in Philadelphia. While Kelly’s quote did little to dispel the vast quantity of rumors encapsulating Philadelphia’s free agency, it appears that the Eagles have settled on their quarterback for 2015.