Why Philadelphia Phillies are trapped in competitive mediocrity amid MLB lockout 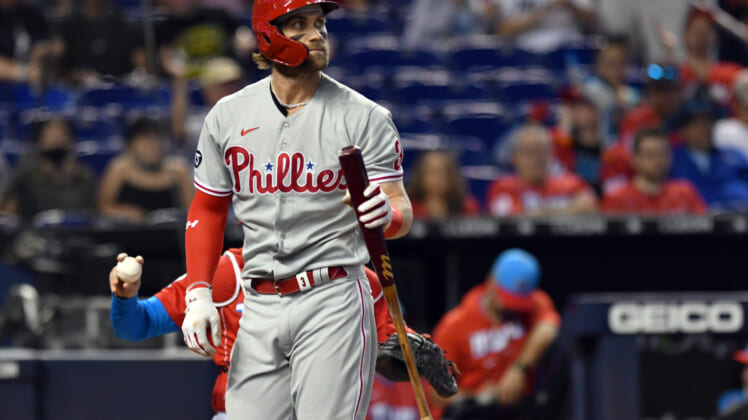 The MLB lockout freezes big-league transactions. In a way, the Philadelphia Phillies have been frozen for a decade. Missing the playoffs for the 10th consecutive season in 2021, they still haven’t broken through.

If and when the 2022 MLB season commences, the Phillies’ goal will be the same as it has been since 2019: make the playoffs. But it’s not that simple for them to meet such an objective and furthermore justify their high payroll.

Here’s why the Phillies are in a no-win situation moving forward.

Offensive firepower is supposed to be the featured part of manager Joe Girardi’s ballclub. From a name recognition standpoint, that notion is true. A lineup that includes Bryce Harper, Rhys Hoskins, J.T. Realmuto, Jean Segura and Didi Gregorius should make for a high-level offense. In reality, these individuals headline an at-best middle-of-the-pack offense.

Harper won the 2021 National League MVP while Segura and Realmuto are steady, contact hitters. Every other part of this depth chart has left much to be desired. Hoskins is a considerable power threat from the right side but can be boom-or-bust. Gregorius is coming off a rough season at the plate. Third baseman Alec Bohm had a disappointing first full MLB season. Outfielders Andrew McCutchen and Odubel Herrera are free agents and coming off respectable but little more seasons.

On the hill, the Phillies are a mixed bunch. Zack Wheeler has become an elite starting pitcher, and Ranger Suarez was excellent down the stretch of last season. On the other hand, Aaron Nola has regressed in performance. Midseason pickup Kyle Gibson was unreliable in his two months with the Phillies. Zach Eflin is up and down.

Meanwhile, Philadelphia has been unable to attain bullpen stability. While the addition of Corey Knebel helps them in that regard, it’s still a shaky overall unit.

The Phillies have talent and in some cases top-tier talent across the board, but it has now been three years where they play at-best .500 baseball. What reason is there to believe that they’ll put it together next season? 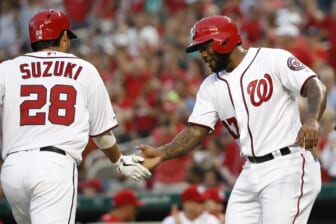 Philadelphia Phillies are behind the eight ball in the NL East

Last season the NL East was a disaster. The Atlanta Braves were subpar throughout the first four months of the regular season while the New York Mets collapsed in the second half and the Washington Nationals and Miami Marlins were sellers at the MLB trade deadline. And despite all of those factors working in the Phillies’ favor, they still couldn’t win the division or make the playoffs.

This division will be much different next season. Atlanta just won the World Series and will be a contender once again. While some of the position players who played a role in them winning the World Series may not return (e.g. Jorge Soler and Eddie Rosario), the Braves will get Ronald Acuna Jr. and Marcell Ozuna back at some point in the regular season.

The Mets are in the midst of a franchise-altering offseason headlined by them signing Max Scherzer, who will join forces with a healthy Jacob deGrom at the top of the team’s rotation. Meanwhile, they have an offense capable of bouncing back and will be bolstered by the signings of Starling Marte, Mark Canha and Eduardo Escobar. This is a team with playoff expectations.

Sure, the Miami Marlins and Washington Nationals likely aren’t playoff teams. That said, the Marlins have a great deal of prosperous young pitching and have made a handful of plausible moves this offseason while the Nationals have a lot of compelling youngsters and payroll flexibility.

Atlanta and New York have better and more proven rosters than Philadelphia. One could even argue that Miami and Washington have playoff upside in the next two years. What’s the Phillies’ upside?

There are plenty of proven and highly productive players left on the free agent market. Once the MLB lockout ends, the Phillies can fill some holes on their roster. The issue is the degree of impact that such signings would have on their team.

Let’s say the Phillies sign Kyle Schwarber to play left field and he hits to his career tendencies, that being launching home runs and posting an OPS in the ballpark of .850: how much better are the Phillies? They’re essentially getting the production they expect from some of their everyday players and more roster parity. Even if they sign another proven reliever, the bullpen issues still exist given the rollercoaster nature of their starting rotation (a bullpen’s workload increases if starting pitching doesn’t provide length). 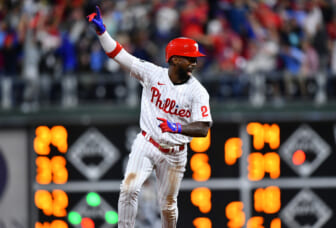 There’s only so much the Phillies can do when it comes to being a legitimate NL contender. In thought, they have the talent to be such a team, yet here they are searching for answers while two of the last three World Series champions have come in their division and another team in the NL East recently signed Max Scherzer.

A scenario exists where the Phillies are better on the field next season but the standings don’t show it. This comes if the Braves and Mets perform up to expectations and one of the Marlins and Nationals surprise to the tune of a .500 record. It’s difficult to say an outfield and/or bullpen upgrade makes the Phillies better than the Milwaukee Brewers, St. Louis Cardinals, Los Angeles Dodgers, San Francisco Giants or San Diego Padres, who are all teams they’ll have to go through to even make the NL Wild Card Game.

Philadelphia is good enough to be competitive but not rounded enough to make the playoffs. This all comes with a roster and payroll that can only improve and rise so much more. The Philadelphia Phillies are trapped in competitive mediocrity.