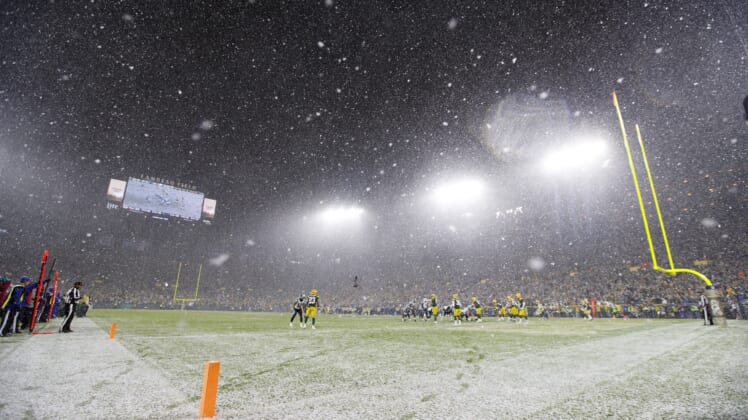 We have seen the NFL free-agent market at running back lag behind other positions. There are multiple reasons for this. It has not been subtle. Teams value running backs at a lesser clip than pretty much every other non-special teams position.

The why: A perfect case study here would be the San Francisco 49ers. They relied on three former undrafted free-agent running backs last season, boasting the second-best rushing attack in the NFL en route to a Super Bowl appearance. It’s about scheme. It’s been about scheme for some time now.

As more teams go the route of the recent 49ers and the New England Patriots of the past two decades, running backs are going to be left out in the cold. Don’t expect that to change once NFL free agency opens next week.

Here are some of the factors behind this.

2020 NFL Draft: While there is not a top-10 back in this year’s class, a number of players at this position will both contribute immediately and could be seen as value picks later in the annual event.

That’s just three of the top running backs in a class that’s absolutely loaded with talent until the mid-rounds. Teams will find value here.

There are other factors involved in this devaluation of running backs, too.

Running back-needy teams: Those in need of help in the backfield will seemingly look more at the draft as a way to find an upgrade. Let’s focus on those squads who finished in the bottom three in rushing last season.

It’s about the salary cap: Sure teams have a lot of money to spend this offseason. With that said, the cash will be allocated at different positions. Those with the most cap room don’t necessarily need to pay top dollar at running back.

The list goes on from there. The New York Giants have the fourth-most cap room, but boast former NFL Offensive Rookie of the Year Saquon Barkley. Sitting pretty with $77.4 million to spend, the Buffalo Bills are extremely high on 2019 draft pick Devin Singletary.

The rest of those teams with a ton of room to spend also have internal answers at running back or could hit the draft to find an upgrade.

Value: If we were to look at the leading rushers from a season ago, one common theme comes to mind. Said players were not drafted too high and boasted smallish salaries.

The common theme here is obvious. All five of these backs were selected by their original teams. Think about that for a second. No player that signed a free-agent deal with his current team finished in the top-10 in rushing.

Sure, teams would love to add a Derrick Henry or Melvin Gordon to their skill-positions. Heck, former San Francisco 49ers draft pick Carlos Hyde is an underrated free agent.

That’s all fine and dandy. But much like we have seen over the past several offseasons, running backs are going to be met with a bare market.

Whether it’s Henry, Gordon, or another high-impact player such as Kenyan Drake, the market is not going to be friendly to players at this position. In turn, teams in need of a back will find some overwhelming value. That’s for sure.