Why the Minnesota Twins will rebound from rough start

Despite an 11-19 record out of the gates, there's plenty of reason to believe the Minnesota Twins will bounce back from their awful start to 2021. Find out why. 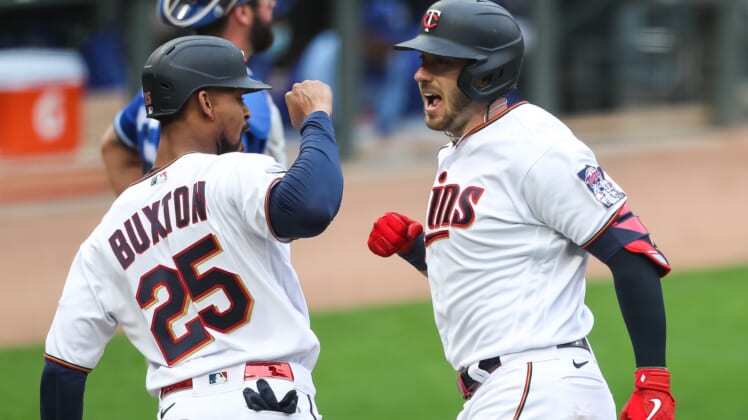 The Minnesota Twins are 29th in MLB at 11-19. Yep, you read that correctly. Winners of the AL Central in each of the last two seasons, the Twins are off to a disastrous, inauspicious start to the 2021 MLB season.

Playing in a tough AL Central division, the Twins will have their hands full when it comes to righting the ship on the season.

At the same time, Minnesota is built to do precisely as such and have the time to turn matters around.

Minnesota Twins offense is too multidimensional to underwhelm

All in all, manager Rocco Baldelli’s offense remains one of the better units in the sport from a production standpoint, as they’re ninth in MLB in batting average (.238), OPS (.722) and home runs (40). The issue has been Jorge Polanco, Mitch Garver and Max Kepler, who are all hitting no better than .206.

That trio is capable of much more. Polanco has a smooth swing from both sides of the plate. Garver is one of the best hitting catchers in MLB. Kepler is a pure power outlet from the left side.

Meanwhile, the likes of Byron Buxton, Nelson Cruz, Willians Astudillo and Luis Arraez are firing on all cylinders, and Buxton is playing the best baseball of his career. Veterans Josh Donaldson and Andrelton Simmons are also present, providing veteran bats and a comforting defensive presence on the left side of the infield.

This unit is called the Bomba Squad for a reason: It rakes. Comprised of a combination of power, contact and speed, Minnesota’s batting order is one of the sport’s elite units. This offense hits for its starting rotation.

The first month of the season hasn’t necessarily been bad: it has just been underwhelming considering what the Twins have pulled off in years past. This offense is still a force to be reckoned with. 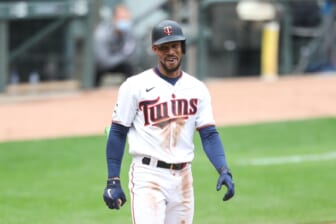 As is, the Twins rotation has been a mixed bag and therefore inconsistent. Let’s begin with what is going right for them: J.A. Happ and Michael Pineda.

Happ has been nothing short of spectacular in his debut year in the Twin Cities, posting a 1.91 ERA and an 0.85 WHIP across five starts. Pineda, who is in year three with the Twins, has been remarkably efficient, getting out of trouble and keeping the Twins in games; the right-hander owns a 2.43 ERA across six starts (33.1 innings).

What isn’t going right for the Twins pitching staff is Kenta Maeda, their ace last season, and Matt Shoemaker, who owns a 7.83 ERA across his first five starts. Maeda is the more worrisome start, as his 2020 heroics were reason to be enthused by this pitching staff going into the regular season.

That said, Maeda is capable of being a top-of-the-rotation force. He has a devious delivery, gets hitters to whiff at his slider and can get through the sixth inning on a consistent basis. He’s merely off to a rough start.

A rejuvenated Maeda, combined with Happ and Pineda pitching well, as well as Jose Berrios striking out hitters at a high rate creates a sturdy and could-be dominant Twins starting rotation.

Much like their offense, the Twins’ starting rotation is better than what it has shown thus far.

Yes, the Twins have been a case study in the postseason, as they’re losers of nine consecutive playoff series. All Minnesota can do, though, is put together a great regular season to get to October, and this club is built to do that.

Designed to essentially outslug teams, this Twins group is as dangerous and potent as any in the American League over the last three years. Minnesota won the AL Central in 2019 with an elite offense and a shaky rotation. Speaking of rotation, though, the Twins have pitchers with track records. This is truly a great roster.

Sure, the competition is tight in the AL Central, but it’s nothing insurmountable. The Cleveland Indians have a fundamentally sound ball club but a plodding offensive attack. Despite their eye-opening start, the Kansas City Royals have a young, unproven rotation. The Chicago White Sox were always going to be a hassle, and still are.

There’s no way around it: The first five weeks of the 2021 MLB season have been awful for the Minnesota Twins. The only team in the sport they’ve been better than is the rival Detroit Tigers, who are 9-23. All the while, the bullpen has struggled to keep leads and close the door in the late innings.

It’s a long season, but the Twins are built to make the playoffs in a traditional 162-game format. They’ll right the ship; it just may take some time.