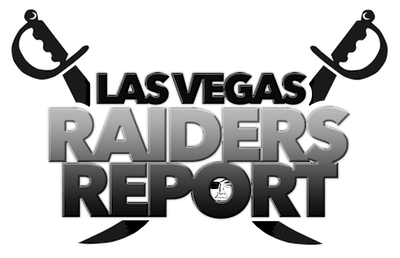 The addition of the first of its kind Las Vegas Raiders focused site adds a new dimension to coverage of the team now and in the future.

When news came down March 27th of this year that owners of the National Football League’s 32 teams had approved the Oakland Raiders move to Las Vegas, the entire city was electric. For the second time in three years, Las Vegas would get a major league sports franchise to fit its recovering economy and growing population. The Raiders followed the NHL expansion Vegas Golden Knights to Glitter Gulch.

Of course, it had been a foregone conclusion for some time. Although the loyal, steadfast and entertaining Oakland fans had hoped for a last-minute stadium deal in Oakland, the $750 Million guarantee from the State of Nevada to build Mark Davis’ team’s new stadium proved too much. It’s sad anytime a team leaves its original market – let alone twice.

Las Vegas continues to celebrate and will only grow more excited as 2020 and the move officially become reality. While a small segment of Oakland fans, and many members of the East Coast media establishment, hate on Las Vegas, it’s hard-working and diverse population readies for the NFL coming to the Silver State.

The idea for this site was born out of a desire to teach and entertain Las Vegas fans who are readying for the arrival of one of sport’s most storied franchises. The Raiders might not have any history in Las Vegas, but their history is as rich as the deal that brought them to the desert. We wanted to start a Raiders news and information site that covers the team and the city’s reaction to it in the run up to the move.

There are dozens upon dozens of good Raiders fan sites and news sites. They range anywhere from rabid Raiders fans who blog, to offshoots of big media companies like USA Today or Bleacher Report. While it would be untrue to say every site doesn’t compete for eyeballs, our goal is to bring Raider Nation some unique views and content from the perspective of your team’s future home.

Sure, we’ll still do game previews, reviews, etc. But our unique Las Vegas-centered approach will separate us from the rest of online outlets. That means you may see some different types of writing, video content, a burgeoning podcast, and others. We’re trying to fit into Raider Nation in a new, different, and focused way. We hope you’ll find it refreshing and useful – even if you’re not a Las Vegan.

Las Vegas is also the gaming capital of the world – and gaming is a large part of the excitement around NFL football. We will also give insight on those happenings here in Las Vegas including insights from gaming experts.

Because we’re on the ground and in Las Vegas, and have a staff of former sports editors, reporters, and writers, we will bring you great content that captures the mood, news, and views on the ground. From team officials, to elected officials, to business owners, to your average rabid Raiders fan in the valley, we’ll bring it to you in a fun and concise way.

The site will be a work in progress as we learn what you want and adjust to the reality of the team’s move to Las Vegas. We plan to add new features and sections as time goes on and we grow. We’re happy you’re here at the beginning – but it’s only that, just the beginning. We also will bring you live streaming and video to make sure you see and hear all that’s happening on the ground.

Covering the team from afar for the first few years will present some interesting challenges. Interviews and practice reports may be difficult but they will come in time. We hope to bring you as much as we can and will always have the pulse of the organization and Raider Nation at hand.

I am excited to bring this website to you and all Raiders fans. No matter if you’re in Los Angeles, Oakland, Des Moines, Charlotte, Birmingham, or Reno, you are welcome here to read about, and talk about, Raiders football.

Thanks for reading. Your feedback – both good and constructive – will always be welcome. Tweet me @lvgully anytime to share.

Not only is the autumn wind a Raider, but now too is the desert wind.