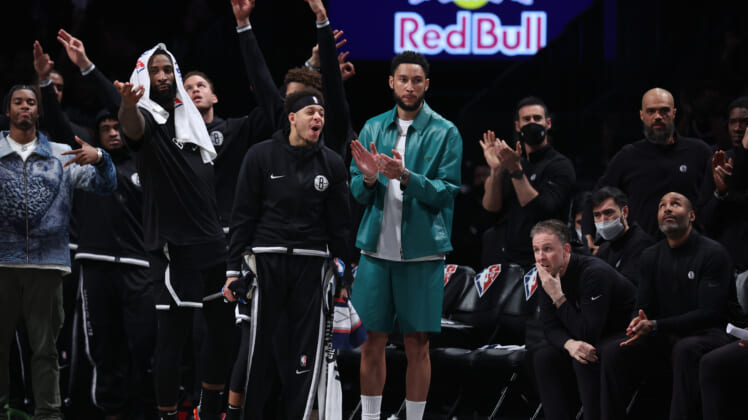 Brooklyn Nets point guard Ben Simmons is not expected to play in Game 3 of the team’s playoff series against the Boston Celtics, but he really needs to.

There is no doubt that Nets fans did not expect their team to be a couple of games deep into the NBA playoffs and still waiting for Simmons to suit up in a Brooklyn uniform. But here we are, over two months removed from the NBA trade deadline deal that brought him from Philadelphia in exchange for superstar scorer James Harden.

The most recent reports state the 25-year-old is expected to make his franchise debut on Monday for Game 4 of the series. However, Game 3 is Saturday, why is the three-time All-Star making his debut then? Especially with his team down 2-0 to the second-best team in the conference.

A back injury is what led to Simmons’ late start with the team, but all signs point to it no longer being an issue and he’s practicing with the team without restrictions. If he is ready to go mentally and physically, will two more days make any difference in what he’s able to offer the team at this point in the season? The answer is no.

In the end, Simmons and the Nets’ decision to hold off on his debut is likely to do more harm than good. Especially, if the team falls to a 3-0 series deficit against a squad with the best defense in the league. With that in mind, here are three reasons why Simmons and the organization need to knock off the nonsense and run him out there tomorrow night, not Monday.

Ben Simmons can be a much needed defensive disruptor

Over the first two games of the series, the Boston Celtics have done a phenomenal job of offering up a balanced offensive attack from their starting five. In both games, Jayson Tatum, Jaylen Brown, Al Horford, and Marcus Smart have finished with double-digit points. The Brooklyn Nets need to break that balance up. Simmons can easily do that, even after missing a year of action. 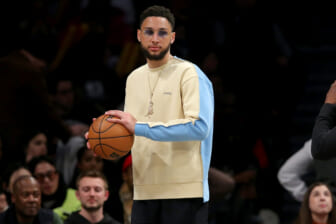 For as good a scoring team as the Nets can be, they are one of the three worst defensive squads still playing games. No one expects that to flip by adding Simmons, but he immediately becomes their best defender and has the size and talent to matchup with Tatum or Brown. Making life far more difficult in this series than it has been thus far. And playing good defense isn’t about rhythm and timing. It’s about effort and Simmons can do that considering he has a lot to prove.

Brooklyn Nets could use an Aussie offensive decoy

While the Nets’ offense usually isn’t a problem, it has sputtered a bit in the first two games. Kevin Durant is one of the best basketball players on Earth and arguably the best scorer alive, however, he has struggled at times during this series. While Kyrie Irving has shined thus far, the Celtics’ league-leading defense has thrown a bit of a wrench in Durant’s usual elite-level scoring consistency.

Obviously, no one expects Simmons to jump in and be a major contributor offensively. But his abilities, especially finishing at the basket, need to be respected even after a year away. Just his presence as another high-level player will stretch out the Celtics’ defense and give the Nets even more opportunities, and that spells trouble for their opponents.

Don’t give New York a reason to turn on Simmons

The reason things soured as they did between Simmons and the 76ers is because of the heat he took from the fan base after their second-round exit to the Atlanta Hawks, in the second round of last season’s playoffs. The New York fan base is just as hard to please as Philly, and if Simmons arrives late to a series that has already gotten away from them the fans won’t let him forget it.

However, as tough as the fans are, the New York media can be a beast with a memory like an elephant. The longer Simmons plays and doesn’t deliver on the promise of his talent, the more his waiting until Game 4 of this series will be used as evidence that he is more hype than hope. The pressure from the New York media will quickly make him think he had it easy in Philadelphia.