Who is Gus Bradley? Get to Know the Potential Raiders Defensive Coordinator 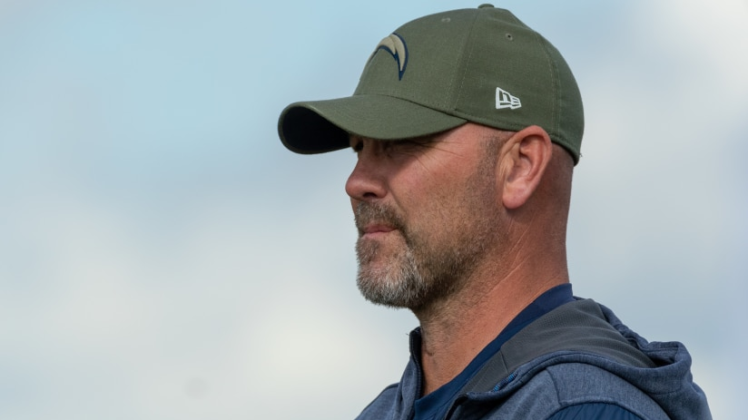 Gus Bradley has emerged as one of the top candidates for the vacant DC job. Who is he and what has his path been to get here?

Coach Jon Gruden has made his intentions to fill the vacant defensive coordinator job quickly very clear and Gus Bradley has emerged as one of the favorites to get the position. He has an impressive resume, but perhaps even more importantly he has previous experience working with Gruden in Tampa Bay. If he becomes the Raiders defensive coordinator, he brings with him familiarity with his new boss and a mixed bag of results over the years.

Bradley has been involved with a variety of schemes throughout his career and keeping a 4-3 as Gruden has expressed should not be an issue. The larger issue at hand will be maximizing the talent of the defensive pieces on the roster and finding ways to acquire more.

Bradley broke into the NFL in 2016 after he working at North Dakota State (NDSU) for many years in different roles. He had helped build a strong defense at NDSU and in his final year, 2005, the team was dominant on that side of the ball as they led their conference in scoring defense as well as fewest yards allowed per game.

His first role was with the Tampa Bay Buccaneers as their defensive quality control coach, working under defensive coordinator Monte Kiffin and head coach Jon Gruden. This was the beginning of important relationships for Bradley with those two influential football minds.

In Tampa Bay, Bradley was exposed to a Tampa-2 style system with two high safeties forcing the linebackers to take the short zones. Bradley was working eventually promoted to linebackers coach and got to learn the ropes of an NFL system.

Bradley would get his first big break in 2009 when he was named defensive coordinator of the Seattle Seahawks. It was his old friend Monte Kiffin who was the one that recommended him to then-head coach Jim Mora, calling Bradley “one of, if not, the finest football coachees I have ever worked with. He’s an A-plus. He’s a once-in-a-lifetime coach.”

Bradley would take the Seahawks defense from 25th in points allowed in 2009 all the way to the top of the league in 2013.

While the team wasn’t that great during Bradley’s first season, the firing of Jim Mora and ensuing hiring of Pete Carroll would mean the arrival of a new era in Seattle. Bradley would take the Seahawks defense from 25th in points allowed in 2009 all the way to the top of the league in 2013.

He would do this by implementing a cover-three system which was extremely successful and would spawn a number of copycats across the league. “The Legion of Boom” shut down opposing offenses and didn’t allow an inch through the air or on the ground.

Bradley’s success was noticed around the league and in 2013 he was hired by the Jacksonville Jaguars to be their new head coach.

Bradley spent four seasons as the head coach in Jacksonville, though he never managed to recreate the success he had in Seattle. He brought his patented cover-three scheme that had set the league ablaze and attempted to implement it in Jacksonville.

Whether it was a lack of talent or maybe trouble to adjust to a new role, the results were not the same and Bradley struggled mightily during his stint in Florida. With a record of 14-48 during this time, certain defensive players such as Jalen Ramsey expressed frustration with his scheme, saying “Every week, we ran the same defense, we never changed defenses. We never changed plays.”

Gus Bradley then moved back into a defensive coordinator role with the Los Angeles Chargers, a position he’s been in for the last three years. During 2017, his first season with the team, he helped the defense only seventeen points per game, though he has struggled to replicate that same success as that number was around twenty-six during this latest season.

What Bradley Could Bring to the Raiders

As mentioned above, Gus Bradley has used 4-3 schemes though he describes his patented cover-three scheme as “a 4-3 with just enough elements of a 3-4”. The Raiders have some pieces that could fit this defense and one of the first ones that come to mind would be Johnathan Abram playing in the box safety role. If he becomes the Raiders defensive coordinator, the cupboard isn’t bare but there is much work to be done with the team’s young core.

Kam Chancellor famously played this role for the Seahawks and when Abram is on his game he can show some of the same physical power and intimidation that Chancellor brought. Of course, at this point in time, those moments are way too few to make the comparison, but the hope would be that Bradley, as Raiders defensive coordinator, would be able to impart some wisdom and put him in a position to succeed.

Another natural fit would be Cory Littleton and the WILL (weakside) linebacker spot. Littleton clearly struggled to find his footing this season in Las Vegas but in this role, he would be free to use his athleticism to roam the field and make plays in both the passing and rushing game.

Overall, Gus Bradley is an intriguing choice as the Raiders defensive coordinator but his large variation in results at his previous stops mean that it’s difficult to predict how he would do in the desert. Would he manage to get the most out of young players as he did in Seattle or would his time go more like his forgettable time in Jacksonville? Only time will tell.