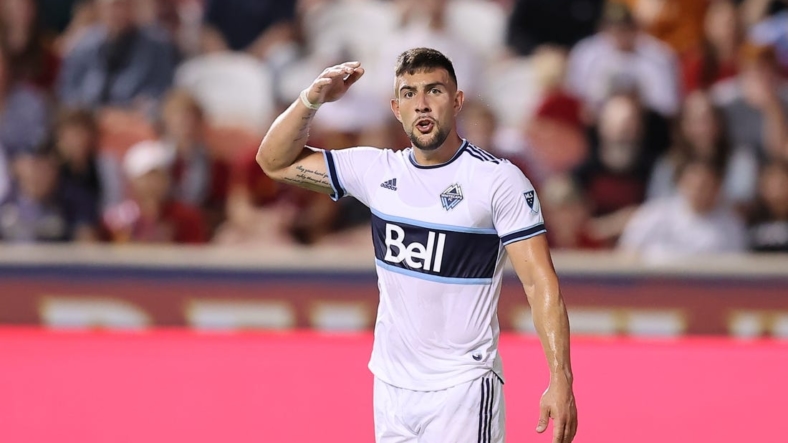 The suspension and an undisclosed fine for “violent conduct” were announced Thursday for the Aug. 27 incident.

Cavallini received a red card after stepping on the head of Nashville SC midfielder Alex Muyl in the 53rd minute of the Whitecaps’ 3-0 loss.

Cavallini, 29, did not play in last week’s 2-0 loss to the San Jose Earthquakes. He will sit out the next three games and is eligible to return on Oct. 1 against visiting Austin FC.

He has eight goals and two assists in 22 games (16 starts) this season. Over three seasons with Vancouver, he has recorded 17 goals and three assists in 61 matches (46 starts).

Cavallini told reporters last week that he regretted his actions.

“I haven’t been sleeping since,” he said. “I apologize for letting my teammates down, the club, the fans. … I hate to do things like this and just let the emotions get the worst out of me.”