Whitecaps look to build on solid home record vs. RSL 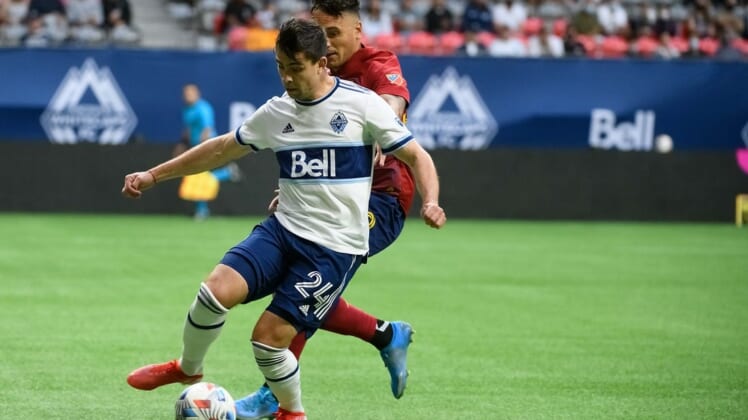 Win at home, don’t lose away, and you’re in.

The Whitecaps (4-7-2, 14 points) can pull within a point of the playoff line in the Western Conference with a victory against visiting Real Salt Lake (7-3-4, 25 points) on Saturday night in the lone MLS match of the day during the international break.

“If we keep doing the things that we’re doing at home … two points per game, it means that we finish (the regular season) with 34 points at home and will need only 14, 15 points away (to make the playoffs),” Sartini said. “As with any home game, it’s so important first not to lose, but very important to win.”

Since returning to BC Place last August following “home” games in Portland, Ore., and Sandy, Utah, because of pandemic-related restrictions at the U.S.-Canada border, the Whitecaps are 10-2-3 at home. The only two losses were to Portland, which represented the conference in the MLS Cup last season.

The Whitecaps are coming off a 1-0 road victory against Sporting Kansas City last weekend. Lucas Cavallini scored the lone goal from the penalty spot in the 24th minute.

Real Salt Lake are in third place in the West and have won three games in a row, including a 3-0 victory against the Houston Dynamo on May 28. Bobby Wood, Sergio Cordova and Justen Glad scored and Maikel Chang had an assist for the third straight game.

“We’re in a great spot. The team’s in a groove right now,” Glad said. “The players are happy, it’s a good vibe in the locker room.

RSL will be without captain Damir Kreilach, who underwent back surgery Thursday. Coach Pablo Mastroeni said in a radio interview on Salt Lake’s ESPN 700 the “best-case scenario” is that Kreilach is back in three months.

RSL would pull within a point of conference-leading Los Angeles FC with a victory.