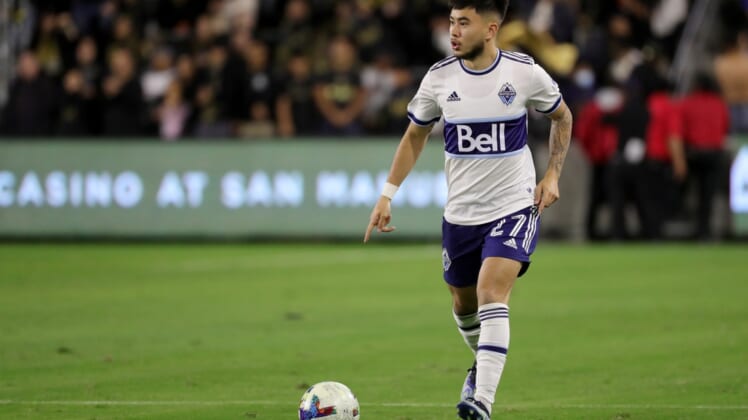 The Vancouver Whitecaps have yet to win this season, but coach Vanni Sartini isn’t ready to switch to Plan B.

“I’m still on the plan … let’s say ‘A-and-a-half,'” Sartini said. “We need to change little things, but the main core, the main tactical idea, needs to be the same. … We’re going in the right direction. We’re not gonna change our identity.”

The Whitecaps (0-3-1, 1 point), who are in last place in the Western Conference, will try to earn their first victory when they play host to Sporting Kansas City (2-3-0, six points) on Saturday night.

It will be a rematch of an opening-round playoff game last season, which host Sporting Kansas City won 3-1 as Graham Zusi had a goal and an assist.

The Whitecaps have been dealing with injuries to forward Brian White, their leading scorer last season, and designated player Ryan Gauld. Both are expected to be available in some capacity Saturday.

“The motivation is done by the fact we’re a little behind in the standings and we want to win,” Sartini said. “We have two games now, Kansas City and Portland at home, and at the end of these two games, the standings must be a little different than it is now. That’s our objective.”

Sporting Kansas City, whose three losses have all been on the road, has also been dealing with injuries. Forward Alan Pulido (knee) is out for the season and a handful of starters have missed time.

“I’m always interested when a team gets into a situation where we were — we had a lot of injuries — and how the reaction of the guys, some panic and then others keep their head,” Sporting coach Peter Vermes said. “Just because you’re losing doesn’t mean you’re lost. We weren’t lost.”

The Whitecaps defeated visiting SKC 2-1 during the regular season last year, their lone victory against them in the past nine meetings (1-6-2) in all competitions.