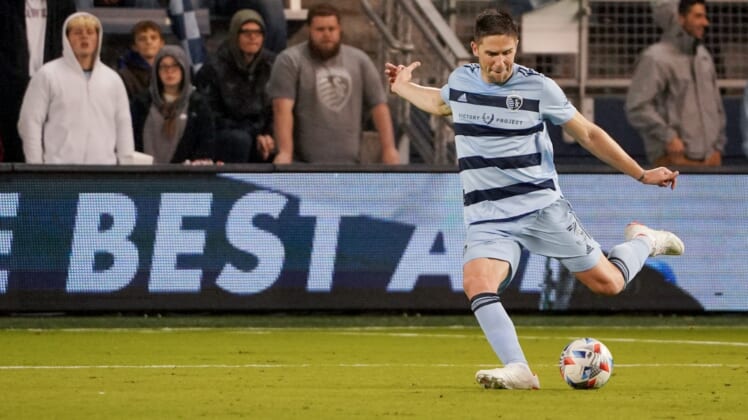 The Vancouver Whitecaps agreed to terms with Portuguese defender Luis Martins on a contract for 2022 with club options for the next two seasons, the team announced Wednesday.

Martins, 29, spent the past three seasons with Sporting Kansas City and had one goal and six assists in 55 matches (51 starts). He scored the goal last season when he also had four assists in 34 matches (33 starts).

“Luís arrives in Vancouver with plenty of MLS experience and has played in some of Europe’s top competitions,” Whitecaps sporting director Axel Schuster said in a news release. “We were looking for options to add to our wingback/fullback group and Luís fit the profile as he has a great work rate and covers a lot of ground.”

Martins has also played for clubs in his native Portugal as well as Spain. He has made close to 200 appearances between his European and MLS stints.