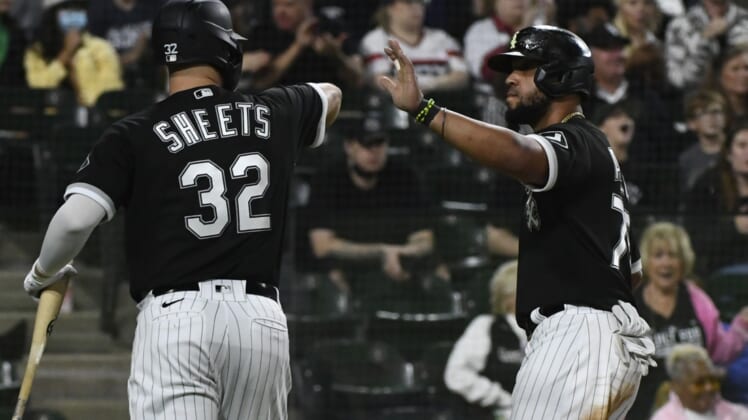 Gavin Sheets went 2-for-3 with a home run and three RBIs, Tim Anderson added a solo homer, and the host Chicago White Sox cruised to a 6-1 win over the Cincinnati Reds on Wednesday.

Leury Garcia also drove in a run for Chicago (91-68), which won its fourth game in a row. The White Sox already have clinched the American League Central title and will wrap up the regular season with a three-game set against the Detroit Tigers starting Friday.

Delino DeShields had an RBI double for Cincinnati (82-77), which has dropped back-to-back games. The Reds were eliminated from playoff contention on Tuesday.

White Sox left-hander Carlos Rodon (13-5) gave up only one hit in five scoreless innings. He walked two and struck out four, and he finished the regular season with a 2.37 ERA.

The White Sox opened the scoring in the bottom of the third. Garcia reached base on an infield single to lead off the inning, and Sheets followed with a 400-foot blast to right field for the 11th homer of his rookie campaign.

Aggressive running by Luis Robert helped the White Sox make it 5-0 in the fifth. Robert singled to left field, swiped second base, advanced to third on a groundout by Abreu and raced home on a wild pitch by Gray.

In the seventh, the White Sox went ahead 6-0 on a solo shot by Anderson. The right-handed hitting Anderson belted an outside pitch to the opposite field for his 17th homer of the season.

The Reds capped the scoring on DeShields’ run-scoring double in the ninth. The hit drove in Kyle Farmer, who had singled.

Anderson stayed in the lineup for the White Sox after appealing a three-game suspension for making contact with an umpire during Monday’s game against the Detroit Tigers.