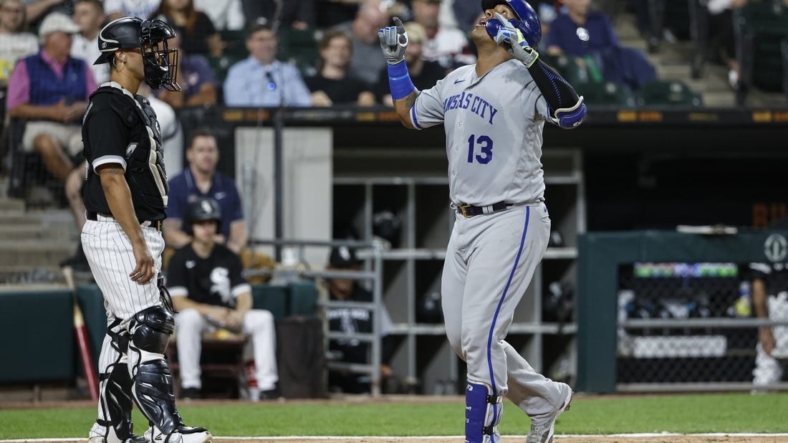 The Chicago White Sox expect to receive a jolt to their lineup on Wednesday.

Whether that helps Chicago solve the visiting Kansas City Royals and end a five-game skid remains to be seen.

Manager Tony La Russa on Tuesday said there’s a “good chance” catcher Yasmani Grandal (strained left knee) would be activated from the injured list Wednesday as the White Sox continue a three-game series against the Royals. Meanwhile, center fielder Luis Robert (wrist) is “getting his strength back,” La Russa said, and remains day-to-day.

On deck: an update on the manager himself. La Russa, 77, spoke with reporters before Tuesday’s 9-7 loss to Kansas City, but the White Sox announced about an hour before first pitch he would miss the game with an undisclosed health issue.

The White Sox said La Russa was set to undergo medical evaluation in Chicago on Wednesday, and the team anticipated providing an update on his status.

“He wanted to be there, but I know he needed to rest,” said bench coach Miguel Cairo, who filled in as manager.

With a number of regulars on the injured list or otherwise banged up, the White Sox will take any contributions they can get. Tuesday marked Chicago’s 10th loss in its past 12 games. The White Sox have been outscored 73-42 over that span.

Rookie Nick Pratto steered the Royals to their fourth straight win against the White Sox, going 4-for-5 with two home runs and three RBIs. Salvador Perez and Michael A. Taylor also homered and had three RBIs.

Bubic has lost three straight starts and was especially frustrated with his changeup in Friday’s home loss to San Diego, when he allowed six runs and nine hits in four innings.

“You’ve just got to work hard to locate it a little bit better,” Bubic said. “I think if you know the pitch isn’t coming out of your hand the way you want it to, you’ve got to really execute it. You’ve got to execute it almost 10 times better than what you think you should be able to. Those are adjustments you sometimes make in games and sometimes, for whatever reason, aren’t able to on certain nights.”

Bubic on Aug. 10 took a no-decision against the visiting White Sox, spacing three runs (one earned) and seven hits in 5 2/3 innings. In seven career appearances against Chicago, including six starts, he is 0-3 with a 2.72 ERA.

White Sox righty Lance Lynn (3-5, 5.00) will get his third start against Kansas City in August.

Lynn, who is coming off a six-inning no-decision in Baltimore on Thursday in which he allowed two runs, one earned, and three hits, is 1-1 with a 3.75 versus the Royals this month, with 13 strikeouts in 12 innings.