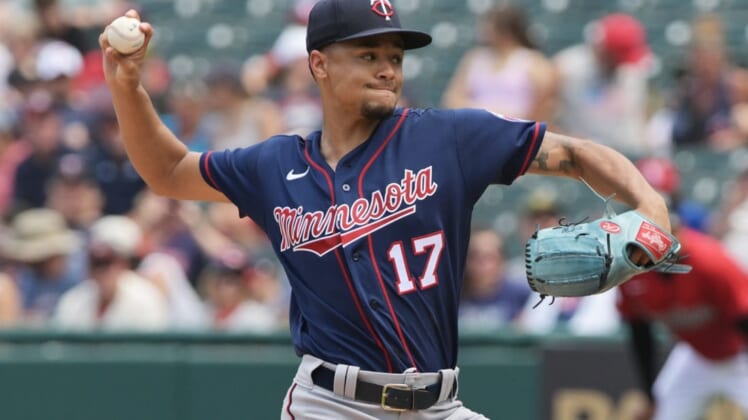 The American League Central-leading Minnesota Twins will aim to extend their advantage over the defending division champion White Sox on Tuesday as the teams continue their series in Chicago.

The Twins improved to 4-0 against the White Sox this season with a 6-3, 10-inning win on Monday.

Chicago started a stretch of 15 games against division foes in 14 days with a frustrating defeat. After tying the game at 2-all to start the seventh, the White Sox had two runners on and no outs when AJ Pollock flied into a triple play. The White Sox’s ninth ended when Adam Engel was thrown out trying to steal second base.

Twins center fielder Byron Buxton played a key role in the series opener, smacking a go-ahead, two-run home run in the fifth inning before making a game-saving catch near the warning track in right-center field that started the triple play. The latter sequence went down as the first recorded 8-5 triple play in major league history.

Luis Arraez had three hits to pace the Minnesota attack, doubling twice and notching a go-ahead single to start the scoring in a four-run 10th. Arraez is 10-for-21 (.476) in his past five games.

Chicago right-hander Michael Kopech (2-5, 2.78 ERA) is set to get the call on Tuesday as he seeks his first victory since June 7, a span of four winless starts.

Kopech, who pitched to a 5.19 ERA in six June starts, surrendered four runs, three earned, and five hits with two walks and six strikeouts in a Wednesday road loss to the Los Angeles Angels.

“I started off making a few mistakes that got taken advantage of, and then towards the end where I really needed to bear down and make some tough pitches, didn’t make those pitches and I got taken advantage of,” Kopech said. “I gotta do a better job of putting us in control and being in the driver’s seat a little bit.

“I’ve been putting the team in a position where we have to fight all night long, and I can’t continue to do that.”

Kopech is 1-0 with a 0.75 ERA in six career appearances against Minnesota, including two starts. He took a no-decision in an April 22 road start against the Twins, spacing three hits and seven strikeouts in five scoreless innings.

Righty Chris Archer (2-3, 3.08 ERA) will start for Minnesota. Archer is coming off a no-decision at Cleveland on Thursday, when he allowed one run and one hit in four innings.

Archer, who gave up two runs and three hits in three innings of an April 24 no-decision against Chicago, is 4-2 with a 4.27 ERA in 11 career appearances against the White Sox, including 10 starts.