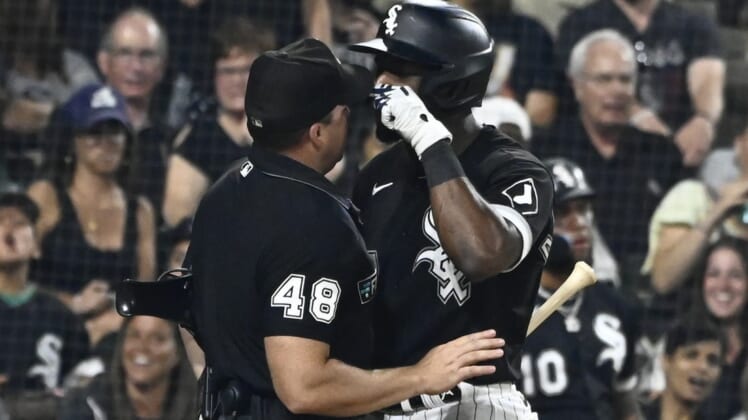 Anderson will appeal the suspension making him eligible to play until he has a hearing in the matter with MLB. He was also fined an undisclosed amount.

In the seventh inning of Friday’s game, Anderson was arguing a called strike by Mahrley. He was ejected along with manager Tony La Russa. The tip of Anderson’s helmet appeared to make contact with Mahrley during the argument.

Anderson also was suspended for two games earlier this year for making contact with an umpire in September of last season during an on-field incident with the Detroit Tigers.