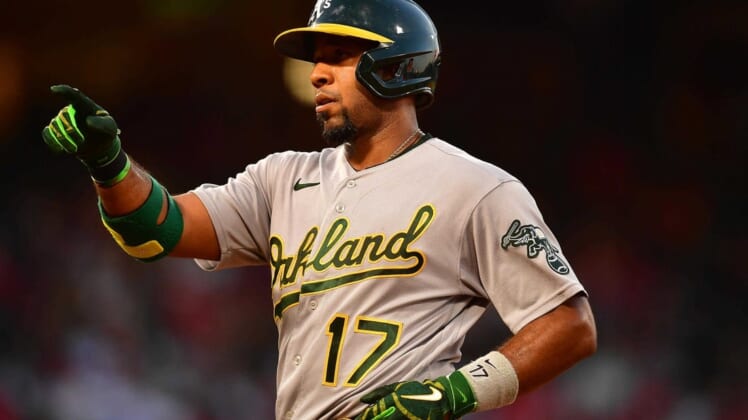 Shortstop Elvis Andrus signed a contract with the Chicago White Sox for the remainder of the season on Friday.

Financial terms were not disclosed by the White Sox, who optioned infielder Lenyn Sosa to Triple-A Charlotte.

Andrus, who turns 34 on Aug. 26, was released by the Oakland Athletics on Wednesday. He cleared waivers and, per multiple reports, was expected to join the White Sox prior to the team’s opener of a three-game series against the host Cleveland Guardians on Friday.

The White Sox are without All-Star shortstop Tim Anderson, who underwent surgery on Aug. 10 in Chicago to repair a torn ligament in his left hand. He is expected to return to the active roster in about five weeks.

Fellow shortstop Leury Garcia is on the 10-day injured list due to a lower back strain.

Romy Gonzalez and Sosa have been manning the position of late for Chicago.

Andrus voiced his displeasure about the Athletics’ decision to cut into his playing time prior to being released.

“Everybody knows I’m an everyday player. So doing this, it’s not fun for me,” Andrus told the San Francisco Chronicle. “Of course I’m upset. I’m (angry) about it. But like I said, the best I can do is stay positive and wait for my turn and be ready whatever happens.”

Under the terms of Andrus’ contract, his $15 million club option for next season would convert to a player option if he were to total 550 plate appearances this season. He entered Friday with 386 plate appearances.