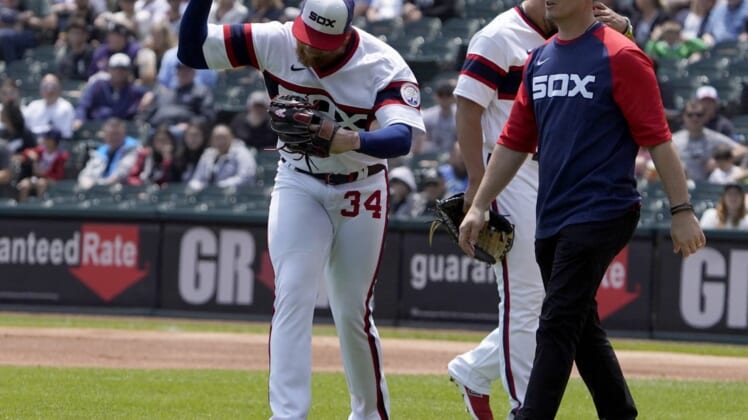 Kopech had recorded two outs and thrown 13 pitches before he was met on the mound by team medical personnel. As he was being removed from the game, Kopech slammed the baseball into the ground.