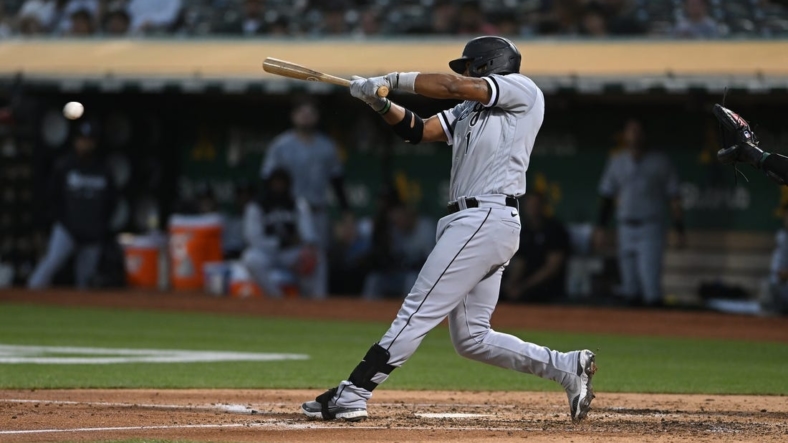 After Pruitt threw five no-hit innings and Tony Kemp had a hand in three runs, the A’s took a 3-0 lead into the ninth. However, the American League Central-contending White Sox rallied against Oakland’s fourth pitcher, A.J. Puk (3-2).

Eloy Jimenez’s one-out solo homer, his 12th, combined with two-out RBI singles by Andrew Vaughn and Romy Gonzalez to draw the White Sox even, setting the stage for Andrus, who was released by the A’s last month.

The veteran lined a shot down the left field line, easily scoring Seby Zavala, who had been hit by a pitch, and Gonzalez with the difference-making runs.

Aaron Bummer (2-1), who pitched a 1-2-3 eighth, was credited with the win. Liam Hendriks earned his 32nd save despite allowing a leadoff walk to Vimael Machin in the ninth.

One night after the White Sox put up 14 runs and pounded 21 hits, Pruitt kept them down. Pruitt got a late call when it was learned that scheduled starter James Kaprielian cut the middle finger on his right (pitching) hand while putting on a T-shirt at home and striking the wall.

Making his first start of the season, Pruitt allowed only two of the 17 batters he faced to reach base. Both of those were on infield errors. He struck out two.

Jimenez ended the no-hit bid with a bloop single into left field off Joel Payamps with one out in the seventh.

White Sox starter Lucas Giolito allowed all three of Oakland’s runs in six innings. He gave up five hits and two walks while striking out six.

Andrus and Jimenez each collected two hits for the White Sox (71-68), who won their third straight.

Kemp and Sean Murphy, the top two hitters in the Oakland lineup, had two hits apiece for the A’s (50-89), who lost for the eighth time in nine games.