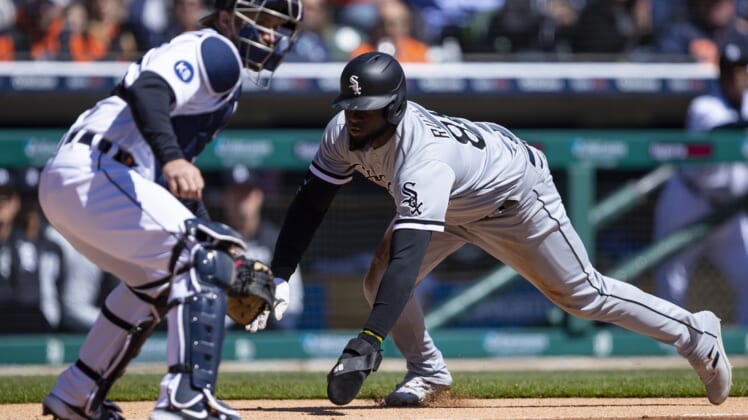 Andrew Vaughn hit a three-run home run and five pitchers limited Detroit to two hits as the visiting Chicago White Sox rolled to a 10-1 win over the Tigers on Sunday afternoon.

Tim Anderson had three hits and scored two runs. Anderson made his season debut after serving a two-game league suspension for bumping an umpire last season.

Chicago starter Michael Kopech gave up one run on two hits in four innings. Kyle Crick (1-0) tossed a scoreless inning and was credited with the win.

Detroit scored its run in the second. Miguel Cabrera drew a one-out walk and scored on Reyes’ two-out triple. Spencer Torkelson then walked before Kopech retired Tucker Barnhart on a flyout.

Anderson led off the third with a single. Robert hit into a fielder’s choice, erasing Anderson from the basepaths. Abreu then drilled a double to knock in Robert. Abreu moved up to third on a foul fly and scored on Josh Harrison’s infield single.

Chicago made it 5-1 in the fourth. Reese McGuire reached on an error by shortstop Javy Baez and scored on Danny Mendick’s double to left.

Anderson was the catalyst once again when Chicago scored four runs in the seventh. He led off with a double against Elvin Rodriguez and Abreu drew a one-out walk. Jimenez brought home Anderson with a single before Vaughn blasted his second homer of the season.

The White Sox added a run in the ninth when Vaughn picked up his fourth RBI by driving in Abreu.