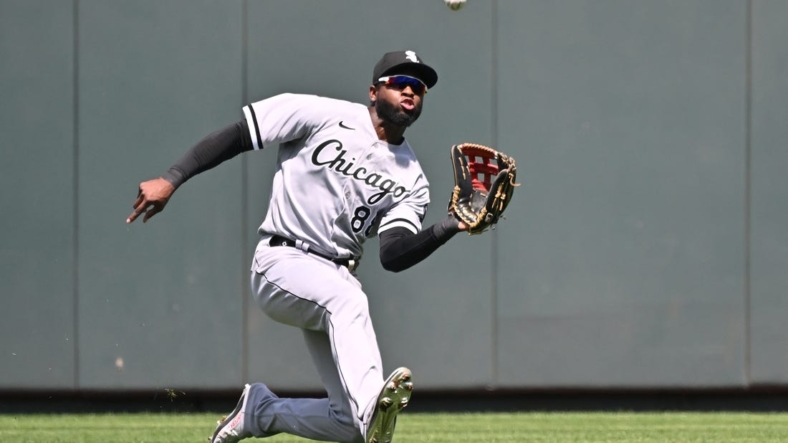 Robert, who has played only twice as a defensive replacement in the past six games due to an injured wrist, flew home Thursday to be present for the birth of his child. He may miss up to three games before returning to the team.

Robert has missed 41 games this season with injuries, and the White Sox — four games behind Cleveland in the American League Central and six games behind in the wild-card race — are just 17-24 without the Gold Glove outfielder in the lineup (48-42 in games he has played, including as a pinch-hitter or defensive replacement). He is hitting .300 on the season with 12 home runs, 56 RBIs and 11 stolen bases.

To replace Robert on the active roster, the White Sox selected the contract of outfielder Mark Payton from Triple-A Charlotte.

Payton, 30, is hitting .289 with 20 home runs and 77 RBIs with Charlotte this season after appearing in 32 major league games with Cincinnati Reds the past two seasons, going 7-for-40 (.175). He was born in the Southside Chicago suburb of Orland Park, Ill.