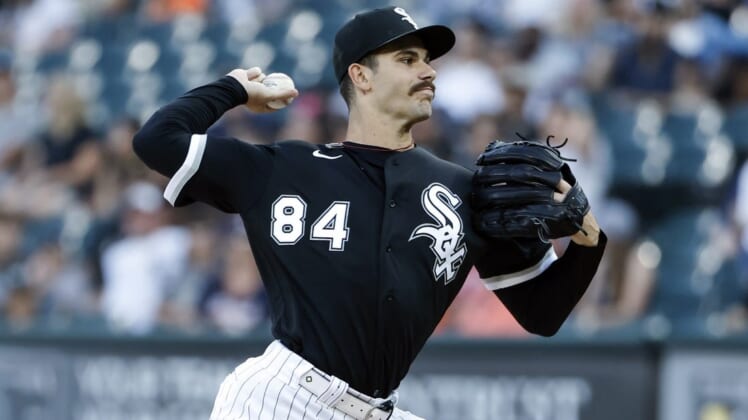 Don’t be surprised if Chicago right-hander Dylan Cease takes the mound with a pretty big chip on his shoulder Sunday when the White Sox go for the series victory against the American League Central-leading Minnesota Twins in Minneapolis.

Cease (8-4, 2.30 ERA) was snubbed for a spot on the AL All-Star team despite being named the league’s pitcher of the month in June and ranking second in the league to Tampa Bay’s Shane McClanahan (147) in strikeouts with 142.

In his past nine starts dating to May 29, Cease has allowed a total of just three earned runs on 33 hits over 51 innings, with 71 strikeouts and 27 walks. He enters Sunday’s game off a 7-0 victory at Cleveland on Tuesday, when he allowed five hits over 5 2/3 innings while striking out nine.

“That was as filthy of stuff as we’ve seen in a while,” Cleveland manager Terry Francona said afterward. “He’s got velocity, but the slider is just electric.”

“The biggest thing is just beating a Central opponent,” Cease said when asked about being passed over for the All-Star Game, which will be Tuesday in Los Angeles. “But I definitely want to keep adding to what I’ve been doing.

“You can only pitch better, play better. I think I can make a good case with some of my numbers, but it’s out of my hands, so I’m not going to lose any sleep over it. But it’s a little bit disappointing.”

A victory Sunday would enable Chicago to take three of four games from the Twins and head into the All-Star break with a .500 record.

Cease has struggled against Minnesota over his career, compiling a 1-4 record and 7.64 ERA in seven starts. He is 0-1 with a 10.13 ERA at Target Field.

Minnesota is expected to counter with right-hander Chris Archer (2-3, 3.08), who will be activated off the 15-day injured list before the game.

Archer last pitched on June 30 at Cleveland, where he departed after four innings with a 3-1 lead despite walking six and allowing one hit in a 5-3 loss to the Guardians. He was placed on the injured list on July 5, retroactive to July 2, with soreness and tightness in left hip in what manager Rocco Baldelli called a precautionary measure.

Archer has allowed just two hits and one run over his past nine innings. He pitched five shutout innings and allowed one hit in a 6-0 win against Colorado on June 25.

Minnesota picked up its 50th win of the season on Saturday with a 6-3 victory, snapping Chicago’s four-game winning streak. Luis Arraez led off the bottom of the first with a home run to give the Twins their first lead in the series, and Carlos Correa hit a two-run homer and Jorge Polanco belted a three-run shot during a five-run third as Minnesota jumped to a 6-0 lead against Lance Lynn.

Chicago had the tying run at the plate with one out in the eighth inning after singles by Yoan Moncada and Jose Abreu. But rookie reliever Jhoan Duran got out of the jam by striking out Gavin Sheets and getting AJ Pollock to line out to short en route to his sixth save.

It was just the third victory in nine games for the Twins, who still hold a 2 1/2-game lead over the Guardians in the Centeral, with the White Sox four games back. Dylan Bundy (6-4) picked up the win, allowing three runs on five hits over 5 1/3 innings to improve to 6-0 in his career against the White Sox.

“I think just the culture we’ve established,” Bundy said of the Twins rebounding from back-to-back losses in which they were outscored by a combined 18-4 by the White Sox. “It started in the spring and then carried up here to Minnesota, and (it’s) the guys we have here in the clubhouse.

“They don’t push the panic button. Losses are going to happen. Even the best team loses. It’s not something to worry about. You’ve just got to come ready to play the next day.”